The environment shapes human societies, and as populations grow and change, these populations, in turn, shape their environments.

How does the environment shape human societies, and how do humans shape their environments as populations grow and change?

Agriculture is farming, and it includes raising both plants and animals to provide resources for human consumption (mostly food, but also textiles, tools, etc.) Of all the environmental effects humans have had on World History, agriculture is one of the earliest and the biggest. It is really the context for all of Modern World History (and WAY predates this era), but the development of agriculture impacted humans AND the environment, so it’s a good example to keep in mind because...

Agriculture transformed the environment, often negatively, as humans literally shaped the earth they lived on.

An example of agriculture in action in this period is in the Song Dynasty: Champa rice 🍚, a drought-resistant strain of rice from SE Asia, spread into southern China allowed the population to skyrocket because it provided a stable source of food that could reliably be transported across the empire. Maize, or corn, had a similar effect as it spread throughout the Americas from Mexico. These nutritious grains provided easy calories, and populations boomed where they spread.

Humans also modified their environments through agriculture. In Mesoamerica, the geography is characterized by large lakes and wetlands, which required adaptations to become farmland for humans. The Aztecs and other Mesoamerican civilizations used a style of farming known as chinampas, which were artificial islands built on the lake surface itself.

In the Andes and parts of China, the mountain terrain made farming difficult as well. In both regions, terrace farming was developed independently to solve this problem. Terraces are flat areas carved into or built up from the slope to create flat shelf-like fields for farming. This innovation transformed the environment in mountainous regions to create hundreds of acres of new farmland.

Knowledge of the environment also helped humans shape their destinies. In the Indian Ocean, knowledge of monsoon winds allowed sailors who learned to navigate these wind currents an expanded range of trade. The monsoon winds are predictable shifts in wind patterns that blow across the Indian Ocean. These winds blow roughly from the southwest between May and September, and from the northeast between October and April. Sailors who knew these patterns could plan their voyages to cross long distances at the right time of year, and could sail far beyond the reaches of shorter-range coastal ships.

Knowledge of the monsoon winds spread human communities in Africa and Asia, including the Polynesians who migrated from SE Asia to Madagascar and then turned their knowledge of seafaring to help populate the islands of Oceania.

As exchange networks grew and intensified in this period, environmental impacts including the spread of disease, such as the Black Plague 💀. The spread of disease was largely unintentional, as infected animals and people traveled with merchants along the exchange networks, spreading the disease in new communities. However, the Mongol Empire did use the bodies of plague-infected people as weapons in biological warfare in the Mediterranean. As sickness spread across trade networks in Eurasia, it had devastating consequences on populations (30-60% population decline in Europe, and similar rates in the Middle East and China).

Another environmental consequence of trade was the diffusion of crops along with exchange networks. As the networks grew and intensified during this era, crops spread from their regions of origin to new regions, including the spread of bananas from SE Asia to E. Africa and citrus fruits indigenous to SE Asia and Oceania spreading to the Mediterranean. Unlike the spread of disease, the diffusion of these crops was more intentional, as people brought foods they encountered through trade to cultivate them closer to home.

In this era, most of the ENV stuff boils down to the Columbian Exchange! This process of transferring plants, animals, people, and disease between Afro-Eurasia and the Americas had significant impacts on the environment, plants, animals, and human populations.

Afro-Eurasian crops including fruit trees, grains, and sugar were transferred to the Americas, along with the agricultural techniques necessary to grow and harvest them. As land was cleared for single-crop agriculture, soil-depletion was an environmental challenge in the Americas.

Other crops, including okra and rice, were brought by enslaved Africans and became staple foods of African populations in the Americas.

Afro-Eurasian domesticated animals including horses, pigs, and cattle transformed both the environment (including clearing land to raise these animals) and the human populations of the Americas.  🐴🐮🐷

Deforestation was significant in regions where these animals were raised because they require a lot of open land for grazing, and Europeans cut down forests to create pastures.

Some indigenous peoples on the North American plains gave up a settled lifestyle in favor of hunting and gathering because the arrival of horses made it so much more successful.

American crops including maize (corn), beans, tomatoes, potatoes, and cassava radically transformed the diets of people in Afro-Eurasia by providing new, nutrient-rich foods that could be easily grown. The population of Afro-Eurasia more than doubled in this era.

Environmental factors contributed to the advent of industrialization, including:

Nations such as Great Britain that had all of these environmental factors in place industrialized first and fast.

Growing cities and growing factories needed food and supplies. This led to the growth of export economies around the world that specialized in commercial extraction of natural resources and the production of food and industrial crops, including cotton production in Egypt, rubber extraction in the Amazon and Congo basins, the palm oil trade in West Africa, and diamonds from Africa.

Migration patterns in this era were influenced by changes in demographics - growing populations, increased urbanization, lower infant mortality, etc. Some factors pushed migrants away from their homes, such as a lack of land available for farming, while other factors drew migrants toward a particular location, such as an opportunity for employment.

Migration can be described as internal (within an empire/region) or external (between empires/regions) migration. Both types occurred during this era. Internal migrations in this era include the relocation of British workers away from farms and into large cities where they sought jobs in the factories being built there. External migrations were sometimes voluntary, such as Europeans who immigrated to the United States during the 19th century, or involuntary, such as Indian indentured servants who were relocated throughout the British Empire to work in other colonial industries.

Migrants were typically male, due to the job opportunities and gender expectations in regions migrants relocated to. As demographics shifted, women in their home communities took on the roles and responsibilities of men in addition to their own traditional duties.

Migration was also often temporary, with migrants returning to their home societies seasonally or after a number of years. For example, Chinese tin miners in Malaysia were required to return home after three years. Gold and diamond miners in southern Africa would return home seasonally to visit their families who lived in other parts of the region. Sometimes the temporary nature of migration was a choice, but other times employers would require their workers to leave the region periodically to prevent them from making lasting connection to the new regions and establishing communities and support structures that might lead to labor organization or other challenges to colonial authority.

The world’s population increased almost everywhere as medical and scientific developments made it possible to survive disease, warfare, and other previously deadly conditions. The development of antibiotics and vaccines greatly increased lifespans and decreased child mortality in the industrialized world.

Other scientific developments included advances in medical techniques such as improved surgeries and prosthetics and technologies that could undo some of the damage caused by industrial pollution such as water filtration and air purifiers.

Despite these medical advances, some diseases continued to be problematic globally. Diseases associated with poverty include malaria, tuberculosis, and cholera, and continued to kill thousands each year. New epidemic diseases arose throughout the century, including the influenza outbreak in 1918, ebola, and the rise of HIV/AIDS.

Both of these categories of diseases had the strongest effect on the developing world. In the industrialized world, diseases associated with longer lifespans, including heart disease, some cancers, and Alzheimer’s disease, were more significant.

Human activity, especially a continued increase and spread of industrial development and the invention and spread of the automobile, contributed to deforestation, desertification, a decline in air quality, and increased consumption of the world’s supply of freshwater. Humans competed over these and other resources more intensely than ever before.

Wealthy and industrialized nations advocated regulations to limit air and water pollution and to stop rapid deforestation, while developing nations argued that they needed to be free to industrialize without restraint like the wealthier nations had done in the previous century.

Practice Questions for this theme 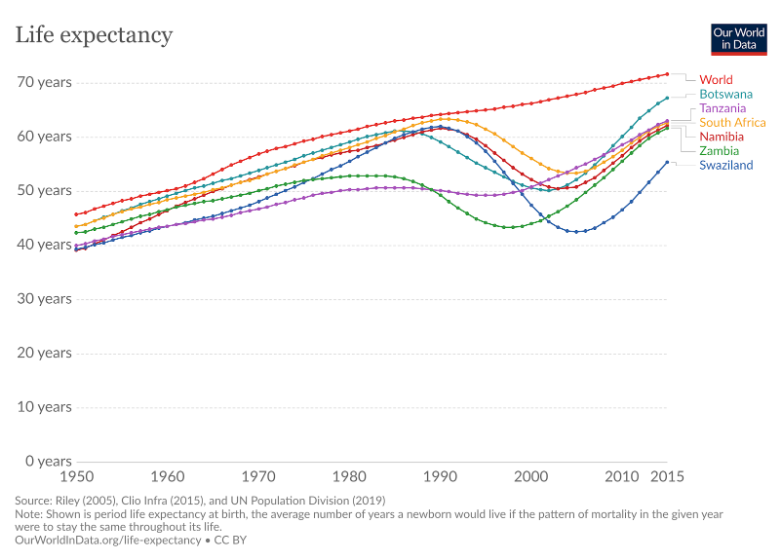 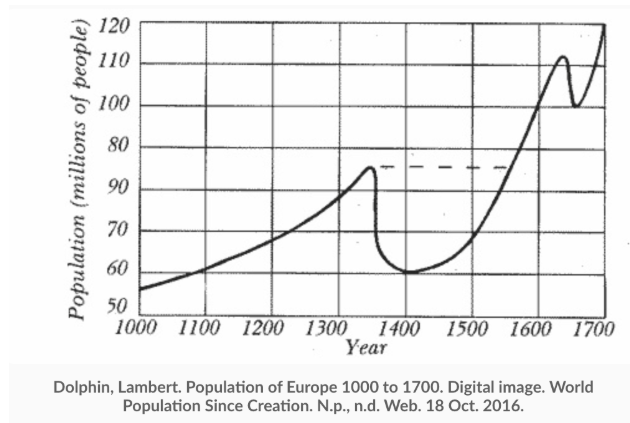 Using your knowledge of World History and the image above, answer the following in complete sentences.

In the period 1750-1900, large numbers of people migrated from their homes to other regions both voluntarily and involuntarily.

Thousands of students are studying with us for the AP World History exam.