There were a lot of reasons the Cold War ended in 1991. Let’s dig into them!

This one’s pretty obvious. To try and “win” the Cold War, the U.S. budget spending on military technology shot up, spending millions on nuclear weapons, atom bombs, and ballistic missiles, as well as space technology so they could be sure they could at least match the Soviets in case of a Cold War.

This was one of the biggest factors that led to the collapse of the USSR, which we’ll look into in the next part. Anyway, at this point in time, Afghanistan was in that Soviet bloc we talked about. There was a ton of Soviet influence and thus a communist-leaning government in Afghanistan.

However, there was general unease about the communist-leaning government, and coups erupted. To keep their influence, the USSR invaded to establish a government favorable to them.

Yet the army of largely Muslim resistance (called the mujahideen) kept increasing, especially as Muslim volunteers from the other countries traveled to help Afghanistan in their struggles. In 1979, the USSR was made to sign a peace agreement, leaving the Soviets thousands of men and millions of dollars in debt. It was this that helped lead to its fall in 1991.

The collapse of the Soviet Union

When he took power in 1989, Mikhail Gorbachev began instituting modernization policies almost immediately, most importantly the policies of perestroika and glasnost to try and save the collapsing economy.

Perestroika restructured the economic system, integrating some free-market policies, such as citizens being able to participate in a semi-market economy. Glasnost, on the other hand, meant “openness”. In short, it signified the USSR’s willingness to adopt other, more Western policies, such as the freedom of press and assembly.

Yet with the introduction of being free to protest, countries in the Soviet bloc began to think of independence. From the Baltic to Eastern Europe to Central Asia, countries soon left the influence of the USSR, mostly in 1989. This was the same year as the fall of Berlin, the best physical representation of the Cold War.

Additionally, Gorbachev’s policies upset the Communist branch, who attempted a coup. Not only did politics get out of control, but the economy soon went off the rails. People began to protest using their new right to assemble, and the USSR collapsed in 1991. Russia became a federation and elected Boris Yeltsin as president. 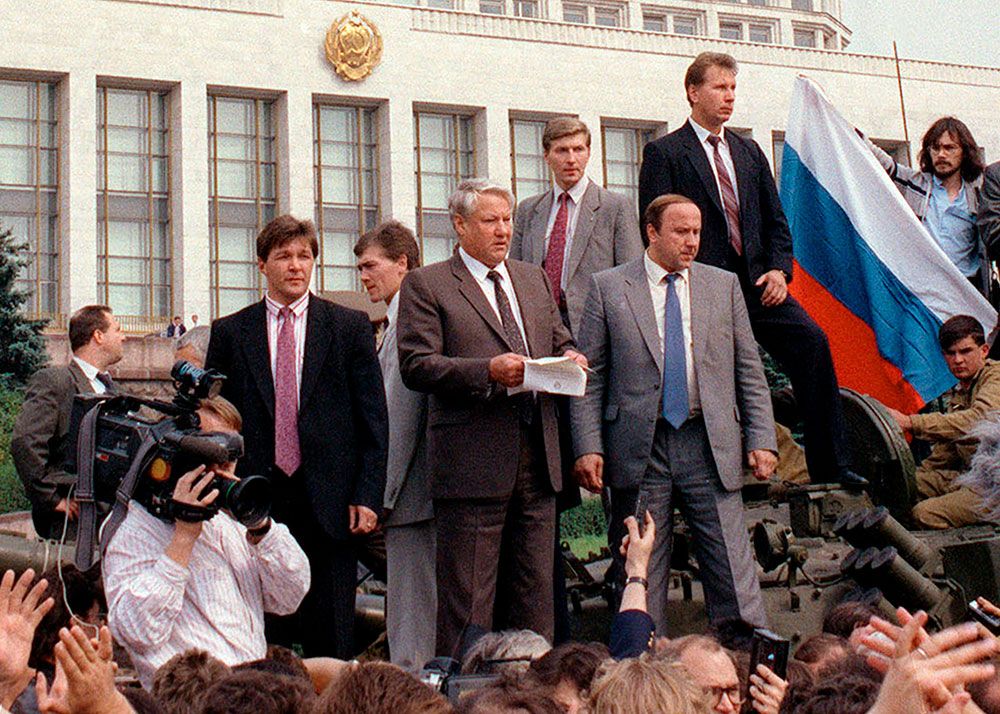