Government Developments in the Song Dynasty

The Sui and Tang Dynasties were able to reunite China after centuries of war. The Song Dynasty, starting in 960, was able to build on this stability and help advance the government of China.

The Civil Service Exam system started under the Han Dynasty and reemerged under the Tang and Song.  Chinese men would spend years learning the Chinese classics like The Analects by the famous Chinese philosopher Confucius.  Based on their abilities, they would take a series of exams that would award them greater power and influence.  A person who passed any one level of these exams entered a new social class: the scholar gentry.  This approach to governing lasted until around 1900! 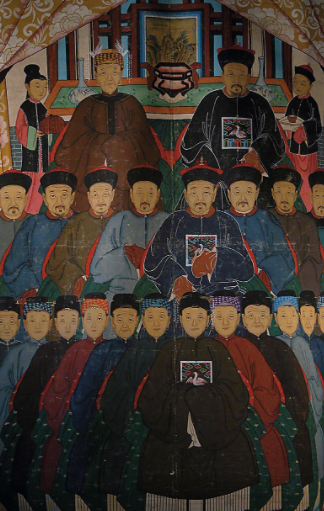 The stability of the Tang and Song Dynasties allowed for the Chinese to economically develop. A lot of this development was based on their new technologies, regional trade, and their growing dominance.

Below are a series of new developments that helped the Chinese to have the strongest economy between 1200-1450.

The social structure of China has been extremely stable since the Han Dynasty. This is because it is very hierarchical. A hierarchy is a system in which people or groups are ranked according to their status. 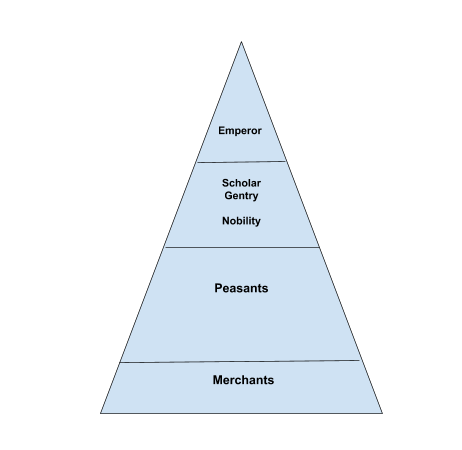 Part of this hierarchy is the fact that China is a patriarchal society where men dominate most systems of power.  Though women were charged with raising the children, they rarely were given political or economic roles.  This is exemplified in the process of foot binding. Much like modern-day cosmetics, foot binding was done to make women more desirable for men as well as a sign of wealth.   🎥Watch: WHAP - China in the Global Middle Ages

A core society impacts the societies in its periphery.  Much like how the US impacts nations around it and New York City impacts communities around it, China has had a long-lasting impact on the development of Japan, Korea, and Vietnam: