Decolonization is, in my opinion, one of the most fun parts of AP World. Basically, it’s the undoing of colonialism/imperialism-- colonies are starting to declare independence and start their own nations. So let’s get to it!

After WWI, when the first sparks of nationalism began to appear in India, Britain promised the colony independence-- but didn’t give it. After WWII, the Indians were over it.

The Indian National Congress, or INC, was the leading political party at the time and pushed hard for independence. It was led by Mohandas or Mahatma Gandhi, but we’ll get back to him in 8.7.

The INC, and specifically Gandhi, started to lead a ton of non-violence movements, which made Britain look like the bad guys when they stopped the protests (often with violence). In 1947, India gained independence. It would partition with Pakistan later… but that’s for 8.6. 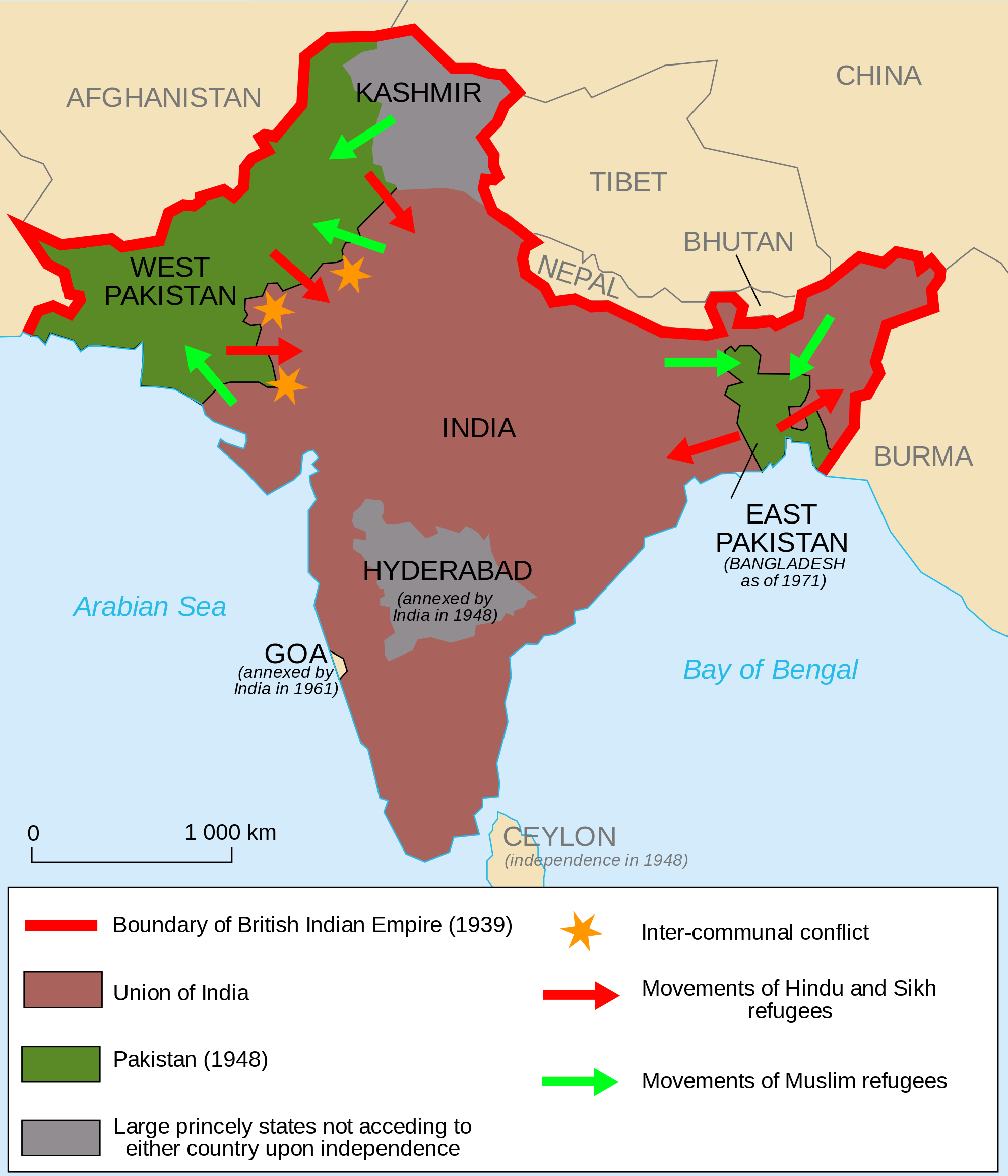 This independence movement against Britain (surprise, surprise), was led by Kwame Nkrumah, a leading Ghanaian nationalist who was Western-educated. His tactics were sort of similar to Gandhi’s, leading the charge as Ghanaians refused to cooperate with British authorities and boycotting British goods.

Eventually, a party pushing for independence was formed (the Convention People’s Party), and Ghana declared independence in 1957, largely peacefully.

After WWII, Kenya began agitating for independence like India and Ghana, but a little more violently. This is exemplified by the Mau Mau movement, which wounded and killed thousands (some Kenyans). However, the end result was the same: Kenya became a nation in 1963.

Okay, reality check: Canada is still very similar to what it was 100 years ago today. But there was a little blip: the Quebecois separatist movement. This Quebecois, or French nationalists, believed Quebec should be independent, or at least significantly different, from Canada. They blamed much of their bad conditions on British Canadians.

Now, did they succeed? Just look at a map (Spoiler alert: they did not).

Okay, we’ve covered Vietnam a lot, but here I want to focus on one guy: Ho Chi Minh. This guy is huge in Vietnamese history-- not only did he help found the Indochinese Communist Party and bring it to power, but he helped transform that party into a nationalist party as well.

However, Ho Chi Minh stopped at nothing to achieve his goals-- in order to achieve independence, there was quite a bit of violence and war to get what he wanted, including the killing of civilians.

This area that eventually broke into a plethora of West African nations such as Senegal and Niger was ruled harshly by the French, who ruthlessly exploited the land for its resources.

This, along with participation in both World Wars building that sense of nationalism we keep talking about, grated in the region. They began to protest, and the French passed loi cadre or the allowing of local governance. By 1960, this region had successfully negotiated independence.

This was one of the violent ones. In a nutshell, the National Liberation front of the nation waged a guerilla war against the French and won, but at a price: many civilians were killed.

This eastern section of Nigeria actually briefly succeeded in their goals, declaring independence for three years. They did so on the grounds that Nigeria was committing crimes against an ethnic group, mostly the Igbo people (many of whom lived in east Nigeria).

Inspired by other African independence movements, Angola declared independence. Yet their rulers at the time, the Portuguese sent troops to subdue this uprising.

This went about as well as could be expected. A war ensued, but it was cut off by a coup back in Portugal. Yet this power gap only led to the Angolan Civil War. See above for details.

Match each term to their correct category