8.3 Effects of the Cold War

NATO was the “capitalist” side of this war. When it was first created in 1949 it was between the U.S. and other Western European (capitalist) countries. This defense alliance demonstrated how the West felt the need to unite against the East, just in case.

The Warsaw Pact of 1955 was essentially the same thing, only with the East-- that is, a defense alliance between the Soviet Union and other Eastern European countries. Remember that Soviet bloc I was talking about? Yeah, this is it. With this pact, the USSR could now exercise military and economic influence over Eastern Europe.

The Space Race is the coolest example of this one. The United States and Russia were locked in a competition to see who could build the coolest spacecraft the fastest. Fun, right? Well, kinda. Space technology actually showed military power, especially since people discovered you could fire missiles into space and it could hit pretty much anywhere in the world if you did it right.

A little more intense example of this is the Berlin Wall, and the subsequent Berlin Blockade/Airlift. Basically, West Germany was under western influence, and Eastern Germany under Soviet influence, and it was separated by the Berlin Wall, which is the best show of a physical division in the Cold War. However, in 1948, the Soviets blocked off all trade and communication with the West. Thus, the United States airlifted supplies like food to East Berlin until the USSR stopped.

About seven years after came the Suez Canal Crisis that lasted from 1956-57. The French had funded building the Suez Canal in Egypt, but the president nationalized the canal-- with Soviet help. The French attacked, with the aid of the British and Israelis, and the Soviet president threatened them with a nuclear attack. The western powers withdrew, but the U.S. and USSR got incredibly close to nuclear war. 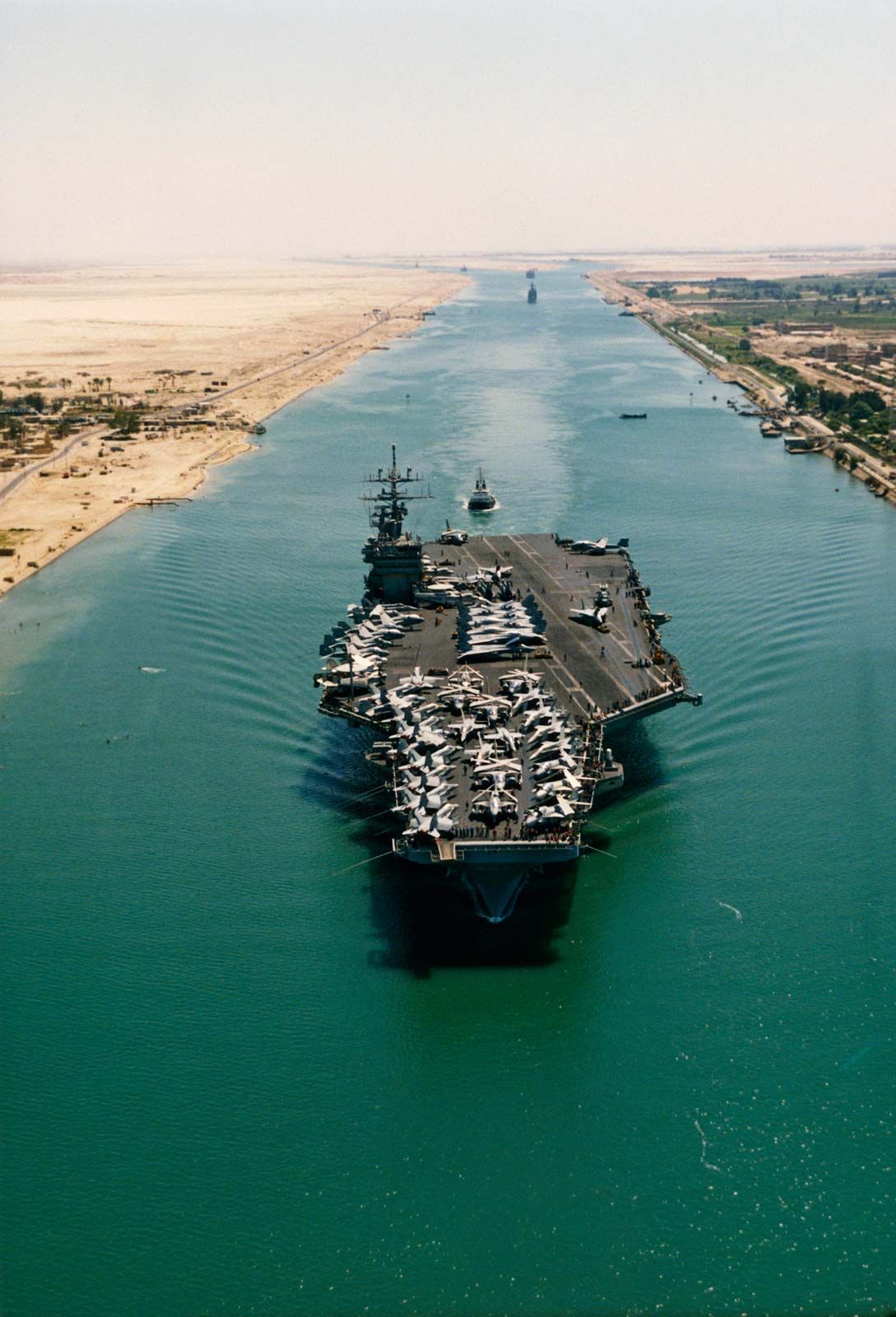 But of course, there was no point where the world got closer to war than the Cuban Missile Crisis (1962). Here’s how it went down. Cuba became communist in 1959 and was a natural ally of the communist USSR. In 1962, the United States discovered the Soviets were holding nuclear missiles in Cuba, which could wreak havoc. Both agreed to remove the missiles from their locations, but the world was very nearly destroyed.

The biggest reason why neither of the powers ever attacked was due to mutually assured destruction, or MAD for short. Basically, if either attacked with nuclear weapons, the other would react just as harshly, and both countries would end up in ruins.

Proxy wars were, in short, wars (usually civil) fought in a country with one side supported by communists and the other by capitalists. It was kind of a bunch of replacements for a real war-- it was a sort of test to see which was stronger.

The first proxy war was the Korean War (1950-1953). Korea had already been divided into North and South. North Korea decided to invade South Korea, aided by communist China (more on China later) and the Southern defense was aided by the U.S. and other countries the U.S. encouraged. It ended in a stalemate, but it’s interesting to note that North and South Korea still exist today-- a vestige of the Cold War.

Probably the most famous proxy war, though, was the Vietnam War (1959-1975). Similar to Korea, Vietnam was divided into North and South after the war, with the North communist and South under capitalist French control. The North (led by Ho Chi Minh) invaded the South, trying to free them, but the U.S. strongly supported the South in the fight (the USSR and China supported the North, of course). Then came the Viet Cong, an internal group in South Vietnam also fighting for communism. In the end, the South lost-- the U.S. with it-- and Vietnam became communist.

A later example came in the Angolan Civil War (1975-2002). When Angola achieved independence from Portugal, there was a power struggle between the communist Popular Movement for the Liberation of Angola (MPLA) and the capitalist National Union for the Total Independence of Angola (UNITA). Bet you can never guess who supported who? The conflict died down and eventually ended with a peace agreement.

The final one was the Sandinista-Contras conflict in the midst of the Nicaraguan War (1977-1990). The communist-leaning Sandinista party took over the dictatorial Somoza regime, but the U.S., worried about communism in Latin America, funded the Contras (and partial to Somoza) party. U.S. military interference in Latin America to keep out communism was common, as was Soviet influence in Eastern Europe.

Match each term/event with the proper description