Developments in the Americas

When talking about North, Central, and South America in the time period before 1200, the lack of unity and consistency needs to be understood. Because of its limited population and large amount of land, Native Americans were able to live in smaller, regional tribes. Some of these tribes developed into larger civilizations and even empires.

🎥Watch: WHAP - Connections and Developments in the Americas

Major Empires of the Americas

The Maya and Aztecs each dominated a region of Mesoamerica between 250 CE and 1550 CE. The Maya thrived in the rainforest of the Yucatan peninsula. Largely a kingdom of city-states that worked for mutual benefit, the Maya were able to build large temples, cities, and trade networks.

Because of internal conflict and lack of food, the Maya empire collapsed around 900 CE. Before they collapsed, the Maya thrived, building a famous accurate calendar, a complex writing system, and pyramids that rival those of the Middle East.

The Aztec Empire came years after the collapse of the Maya and occupied modern-day Mexico City and south.  Their capital, Tenochtitlan, is where Mexico City is today.  The city was enormous, housing nearly 200,000 people at a time when London had 50,000!  The Aztecs built a series of great pyramids in their city, demonstrating their power and authority.  The amazing part of this city is that it was built on Lake Texcoco. Aztecs would build chinampas, or floating gardens, in the lake to grow a bounty of food.  These chinampas would be filled in over time, creating a larger and larger city. 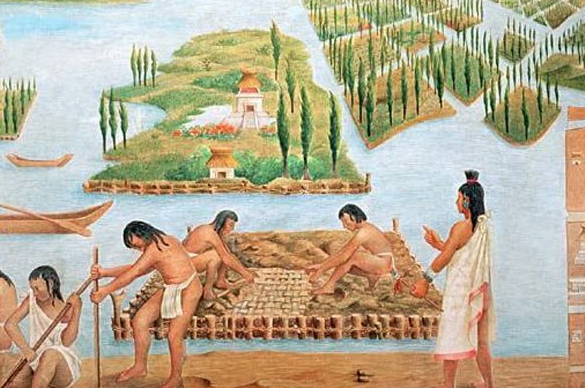 The Aztecs practiced human sacrifice. Many of the temples in Tenochtitlan were used for these rituals. The people sacrificed were either captured in battle or were tributes given to the Aztecs by neighboring city-states that did not want to be attacked. These prisoners and tributes were often sacrificed to the sun god, Huitzilopochtli. This process of human sacrifice was both part of their polytheistic religion and part of the political rule of the region. The Aztecs were very militaristic, had a thriving merchant class, and promoted education for many of its men.

🎥Watch: WHAP - Continuities in the Americas After 1200 CE

The Incan Empire thrived around the same time as the Aztecs. They dominated a north to south region along the Andes Mountains in South America. They had a lot of clear contrasts with the Aztecs: 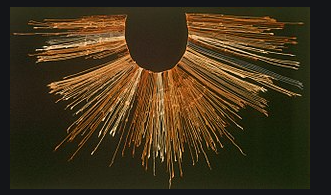 6. Both the Aztec and Inca were animists and polytheists. Animism is a religious belief that objects and weather possess a distinct spiritual essence. This is why they both have sun gods (Huitzilopochtli and Inti). Polytheism means the belief in many gods: both the Aztecs and Inca had hundreds of gods.