Islam was founded and spread quickly in the 600s. Muhammad is believed to be the last true prophet of Allah (Arabic for god). Though it is built upon principles of Judaism and Christianity, Islam has blended the role of religion and government together so well that it spread from India to Spain within a few hundred years. This Islamic world is often referred to as Dar al-Islam, or House of Islam.

Islamic expansion across North Africa and through the Middle East saw more connections because of trade.  Muslim caliphates conquered and often tolerated different beliefs as long as non-Muslims paid a tax called a jizya.

The Muslim expansion was stopped in France at the Battle of Tours. The Islamic region of Spain was referred to Al-Andalus. The architecture of Cordoba and the iron work of Toleda are directly related to this era of Islamic expansion. 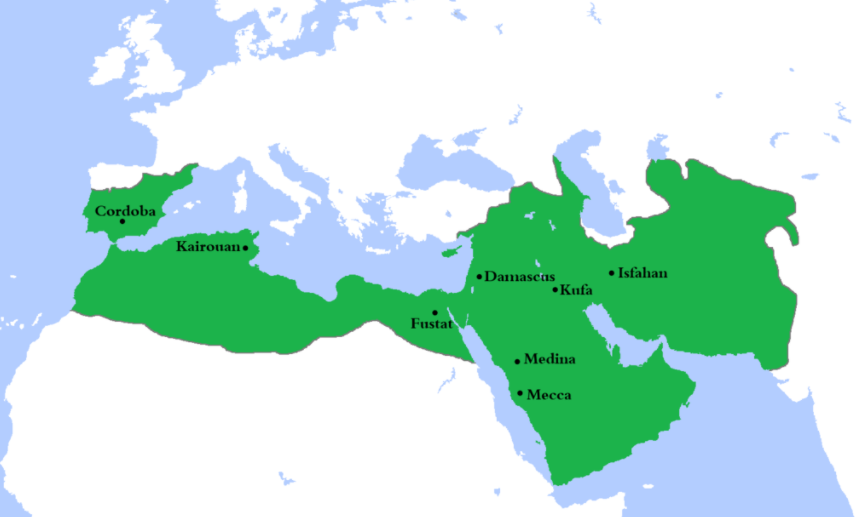 The extent of Islamic expansion. Image Courtesy of Wikipedia

Women in Dar al-Islam enjoyed a lot more freedom than their counterparts in Christendom. They could divorce, own land, and pass on property, giving them a higher status than before the spread of Islam. However, over time, conservative elements in Islam saw an increased role of harems and facial coverings.

Periphery of the Abbasids