As the Election of 1860 approached, it became clear that the country was more deeply divided than ever over the issue of slavery in the territories. The four main candidates in 1860 campaigned on different solutions to that issue and the American vote split.

Lincoln was not an abolitionist. As a moderate who was against the expansion of slavery, he spoke effectively of slavery as a moral issue. He argued that the nation had reached the crisis point in the struggle between slavery and freedom stating “A house divided against itself cannot stand,” “the government cannot endure half slave and half free." Southerners heard this and viewed Lincoln as a radical.

There was a series of debates between the two that focused national attention on the Illinois contest. Lincoln continued to go with the theme that Douglas was a covert defender of slavery because he was not a principled opponent to it. Douglas responded in what became known as the Freeport Doctrine, that slavery could not exist in a community if the local citizens did not pass laws (slave codes) maintaining it.

Lincoln lost the U.S. Senate election to Douglas, but won the respect of the Republican circles. 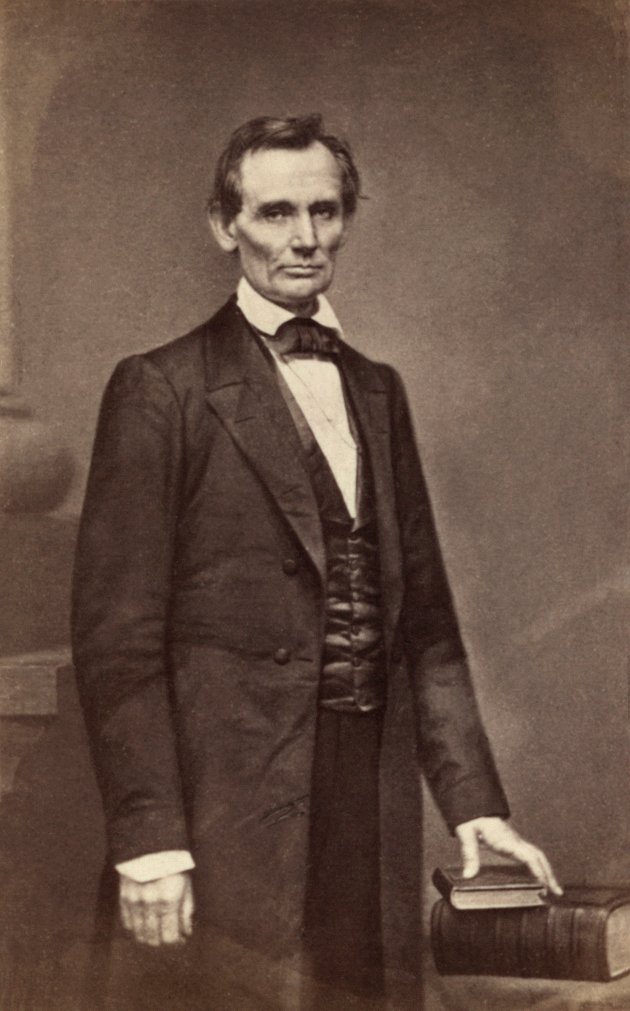 Abraham Lincoln was first a Congressman from Illinois in the 1840s. He gained nationwide fame for his opposition to the Mexican-American War and later his 1858 debates with Stephen Douglas for a US Senate seat for Illinois. While holding ideas that were racist by modern standards, he was known for personally opposing the practice of slavery and politically opposing its spread westward.

Lincoln won the Election of 1860 without any Southern votes and became the first Republican president. He won a majority in the electoral college but only 40% of the popular vote because the country had been split between four main candidates with different views on slavery.

The election of 1860 also demonstrated the South’s political weakness because a Northern Republican could win the presidency without a single electoral vote from the South.

In an effort to stop the impending secession of some Southern states, some lawmakers proposed the Crittenden Compromise: constitutional amendments to protect slavery and extend the Missouri Compromise line to California. This was rejected and did not pass.

Lincoln waited for the South to make the first move, and eventually, in April 1861, the rebels attacked the Federal arsenal at Ft. Sumter in South Carolina, starting the Civil War. Lincoln called for 50,000 volunteers to put down the rebellion, which caused the Upper South (lighter red) to secede because they opposed the use of violence to force fellow Southern states back into the Union.

South Carolina was the first state to secede from the Union in (December 1860). The Deep South (in deep red—>) followed soon after and also before Lincoln was even inaugurated (March 1861).

These cotton-growing states created the Confederacy on the basis of White Supremacy and against the fear that Lincoln would interfere with their slaves either out West or even down South (see the states’ secession declarations).