Like most conflicts in US history, WWI caused questions about civil liberties, immigration, and opposition (think Alien & Sedition Acts during the Quasi War or Lincoln’s suspension of habeas corpus during the Civil War). Because the US had experienced such high immigration in the decades before WWI, some Americans questioned the loyalty of recent immigrants, especially if they were from Central Powers countries like Austria-Hungary and Germany.
Anti-German sentiment spread quickly:
American anti-war figures were beaten in and some cases killed. Frank Little, an antiwar official of the Industrial Workers of the World in Butte, Montana was taken from his boardinghouse, tied to the rear of an automobile, and dragged through the streets until his kneecaps were scraped off. He was then hanged from a railroad trestle.
A Missouri mob seized Robert Prager, whose only crime was being born in Germany. They bound him with an American flag, paraded him through town and then lynched him.

Freedom of Speech - Schenk v. US 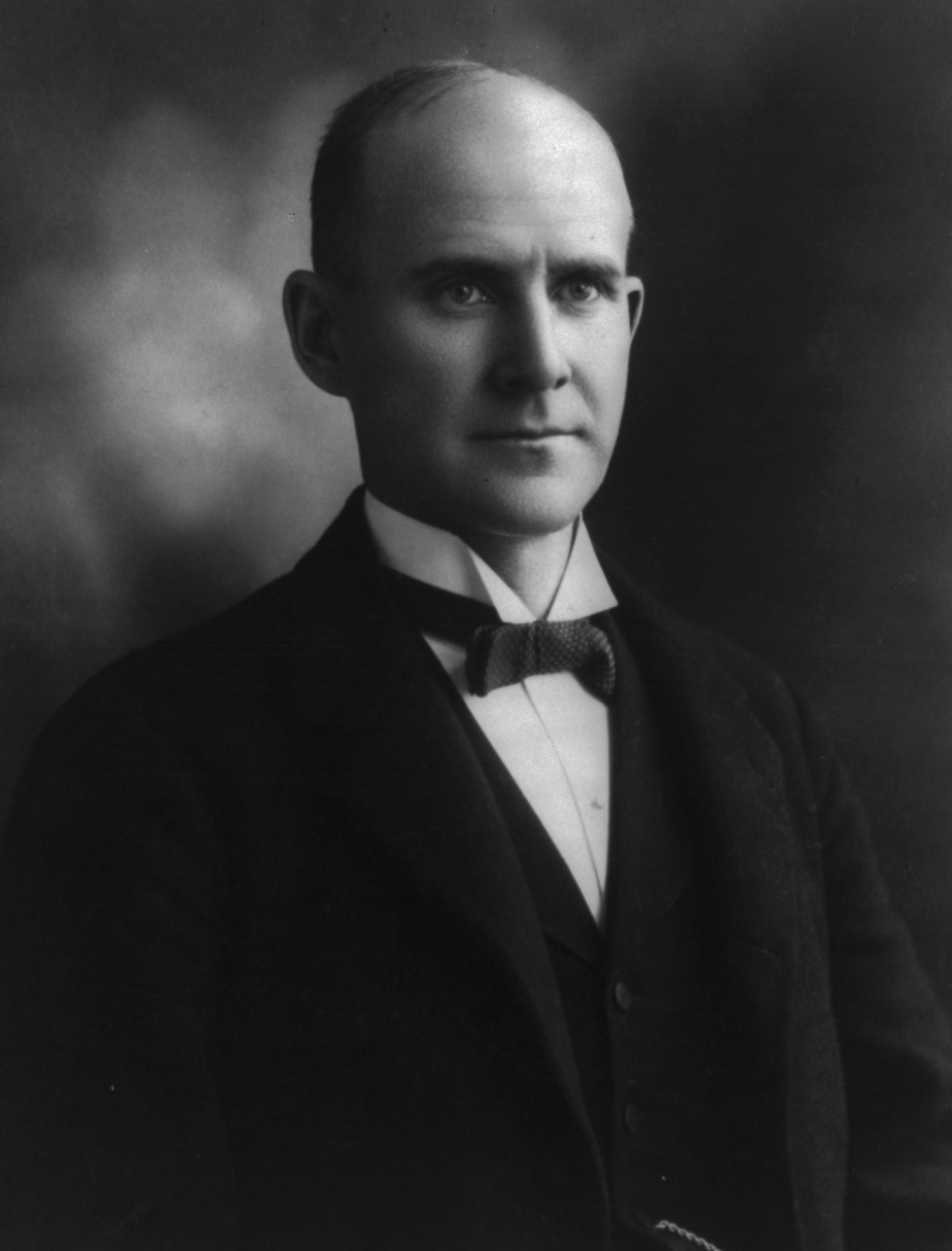 Socialists, pacifists, and others who opposed the war were often arrested and punished: socialist leader Eugene V. Debs was arrested and sentenced to 10 years in prison for outspoken opposition to the war.
One related case you should know is Schenck v. United States, when the Supreme Court ruled against a socialist passing out anti-draft leaflets. The majority opinion famously limited first amendment free speech by saying “The most stringent [strong] protection of free speech would not protect a man in falsely shouting fire in a theatre and causing a panic. ... The question in every case is whether the words used are used in such circumstances and are of such a nature as to create a clear and present danger…”

Instead of curbing the repression, Wilson encouraged it.
Eugene V. Debs delivered a speech denouncing capitalism and the war. He was convicted for violation of the Espionage Act and spent the war in a penitentiary in Atlanta. He was nominated as the Socialist Party candidate for President in 1920 and ran from prison, and still got a million votes.

In contrast, the US government cranked out propaganda, informational material designed to push a certain perspective (which is almost always pro-government), through organizations like CPI (Committee on Public Information) that produced propaganda posters like the one shown to the right and through patriotic speeches by “Four-Minute Men”.

WWI caused an increase in demand for war production, so factories started looking for more workers, especially in northern, urban cities that were centers of heavy industrial production. Urbanization thus increased during WWI, continuing the trend that would result in more Americans living in urban areas than in rural areas by the 1920 census.
The Wilson administration, created hundreds of temporary wartime agencies and commissions staffed by experts from business and government.
Since some of the workers were drafted and the plants needed to expand, these factories turned to new sources of labor, namely women and African Americans. African Americans, partly fleeing racial terrorism down South and partly seeking new job opportunities, moved to northern cities in large numbers during WWI in a process known as the Great Migration. In the North, African Americans found more jobs and less formal, Jim Crow segregation, but they still suffered discrimination.

Thanks to recent large numbers of immigration before WWI and other events like the Bolshevik Revolution that resulted in the communist takeover of Russia in 1917, Americans began to fear communist, socialism, anarchists, and immigrants—and often failed to distinguish between those four categories—more during and immediately after WWI. This would have grave consequences in 1919.
🎥Watch: AP US History - World War I