The Market Revolution marked Americans moving away from self-sufficient agriculture to production of goods for sale.

The Industrial Revolution occurred in Britain, and machines could effectively be used to create thread and fabric faster. This boosted the textile markets.

The McCormick reaper harvested grain faster and made wheat cheaper.

The Telegraph, patented by Samuel Morse, became a new form of communication, sending electrical signals through wires. News could travel faster than ever before.

Roads began to be built. Pennsylvania’s Lancaster Turnpike connected Philadelphia with the rich farmlands around Lancaster. The National (Cumberland) Road, was a major route to the west, extending more than a 1000 miles from Maryland to Illinois. 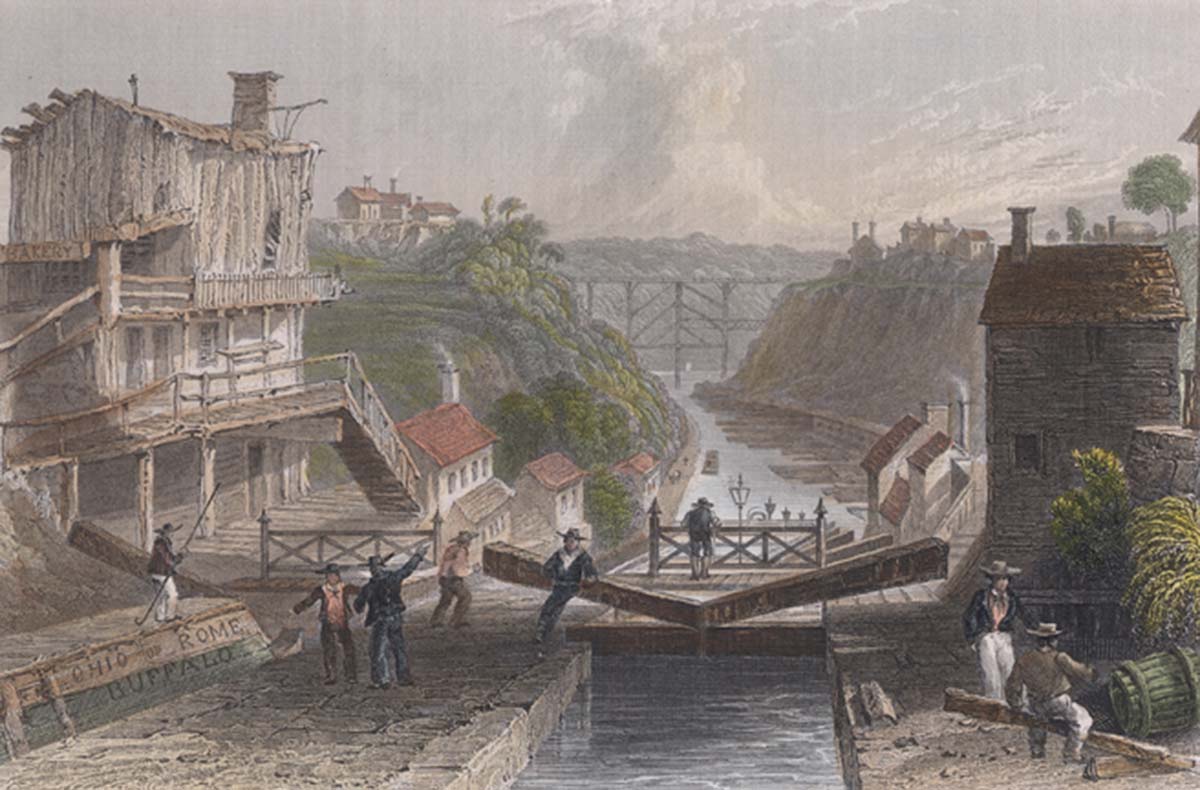 The completion of the Erie Canal led to a canal-building boom. By 1835, canals connected most rivers and lakes east of the Mississippi River. It allowed for a decrease in food prices and migration towards the West. But it was short-lived since railroads proved to be better transportation.

Railroads could send products directly and became the best form of transportation. It made any city a trading center, so companies took advantage of this by building railroads and towns nearby. Railroads were more common in the North than in the South.