Franklin Delano Roosevelt (FDR), the 32nd president of the United States, sought to fight the worst parts of the Great Depression through his legislative agenda, nicknamed the New Deal. This changed the role of the federal government in new ways (mostly by expanding it) and changed the alignment of political parties (this is one of two major time periods when the Democrats and Republicans began to morph into the parties we recognize today).

FDR’s first priority was supporting the failing bank systems. He quickly declared a Banking Holiday backed by the Emergency Banking Relief Act, where the banks would close and then the federal government would allow those it had inspected and found to be safe to reopen. This helped to restore public confidence in the banks and reversed the runs on the bank once they reopened.
Second, in order to increase tax revenue and increase public morale, the country passed the 21st Amendment, which repealed the 18th Amendment and its prohibition against alcohol. 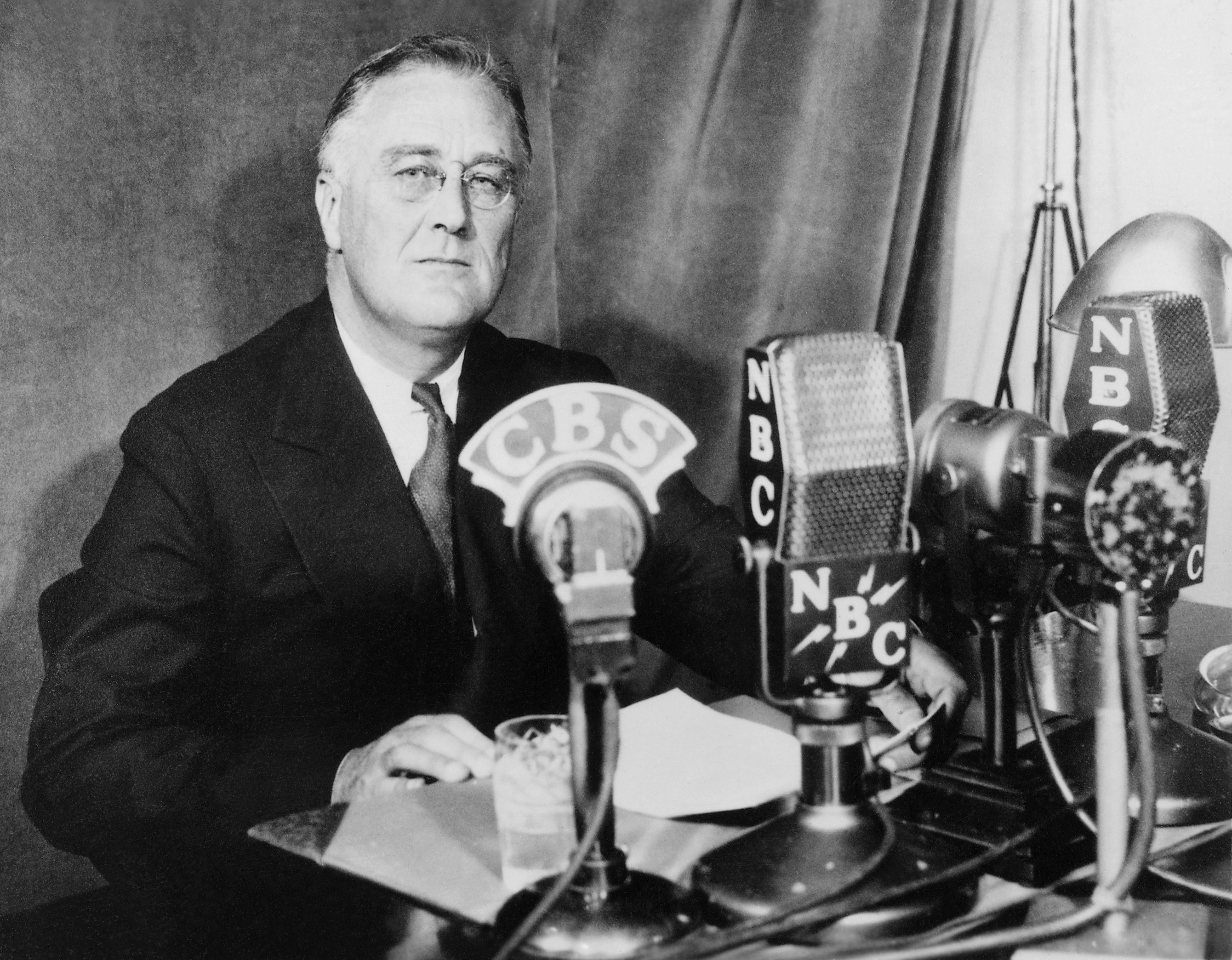 Third, in order to personally communicate with citizens and to help restore their faith in banking (and government), FDR began a series of Fireside Chats (🔥+📻=👍🏦), or presidential radio addresses.
Finally, FDR and Congress started a legislative spree where they passed law after law creating new programs and agencies in effect to address the Great Depression, altogether known as the New Deal. There are two ways to characterize the New Deal: the first way is the “3 Rs” of Relief (stop people from starving right now, Recovery (help the economy get back on track and people employed again), and Reform (change the economic system to ensure this never happened again).
The second is to talk about the First New Deal (1933-1935) and the Second New Deal (1935+). Let’s look at some notable examples of the 3Rs in action:

(Remember, you don’t have to memorize all of these; just be able to recognize them if they came on in a document on the exam and to be able to use a few of them to describe how the US changed because of the New Deal)
A few other important programs worth knowing that don’t have fun, alphabet soup acronyms are the National Labor Relations (Wagner) Act and the Glass-Steagall Act.
The Glass-Steagall Act regulated banks and put dividers between the savings and investment parts of banks.

Two major reforms also came about as a part of the Second New Deal.

The Act created the National Labor Relations Board to preside over labor-management relations and enable unions to engage in collective bargaining with federal support.
Now, labor unions could recruit large numbers of workers. The act led to a revitalization of the labor union movement.

The legislation had three major points:

Critics of the New Deal

Not everyone agreed with FDR’s proposals, and he received opposition and criticism from people on his left (more progressive and liberal) and on his right (more conservative and traditional).

For some liberals, the New Deal didn’t go far enough or addressed the problems of the rich businessmen more than poor people, minorities, or women. (They had a point: the New Deal was only possible with the support of conservative Southern Democrats who were deeply racist and oversaw the Jim Crow-fixation of the New Deal). People like Huey Long and his Share Our Wealth Society called for a 100% tax rate for all incomes over a million dollars and the redistribution of those funds to poor people.

In a nationwide radio show, he appealed to the discontent. He called the New Deal the Pagan Deal. When his show became increasingly Fascist and anti-Semitic, his superiors in the Catholic Church ordered him to stop his broadcasts.

He was a physician who came forward with a plan to assist the elderly, who were suffering greatly during the depression. The Townsend Plan proposed giving everyone over the age of 60 a monthly pension of $200 with a proviso that it must be spent in 30 days.

Conservatives were shocked at the new levels of government intrusion and spending and the New Deal’s pro-union stances. (They too had a point: the New Deal was a radical increase in government spending and oversight). The Supreme Court of the United States (SCOTUS) invalidated several New Deal programs.
FDR planned to add more justices to the Supreme Court to get his agenda through, but received outraged opposition, even from within his own party. Ultimately the Supreme Court upheld most of the New Deal and FDR backed down from the court-packing plan.
After that failure and when the economy started to slow in 1937, FDR’s legislative agenda began to slow.

The Effects of the New Deal

The effects of the New Deal were controversial and remain so to this day.
That being said, most historians—and the College Board—state that while the New Deal did not entirely end the Great Depression (that would be WWII), it did leave a lasting impact on the United States.
First, its programs fundamentally and (so-far) permanently changed the relationship between citizens and their government. The US federal government had grown under the New Deal, and many programs (e.g., Social Security, FDIC, etc.) are still very much a part of the US today.
Second, FDR’s policies created the so-called New Deal Coalition, a group of people who usually vote for Democrats and which, with some changes, remains the core of the Democratic Party to this day. This group includes African Americans, Jewish people, working-class families, and those on the lower end of the economic spectrum.
🎥 Watch: AP US History - the Great Depression and the New Deal