If the Gilded Age was a box of manure covered in a thin layer of gold, the Progressives were those who tried to clean up the dirty insides. They were interested in expert rule for the good of society, sometimes whether society wanted them to do so or not. They were often contradictory: they fought corruption, racism, and sexism, yet promoted racism, eugenics, and elitism.
🎥 Watch: AP US History - The Progressive Era

Many Progressives were journalists, and the term muckrakers applies to many of them since they sought to expose the areas that needed reforming via magazines and newspapers.
* this led middle and upper class, college-educated women (who were often also white and often made up large portions of the Progressive movement in general) to move into poor immigrant neighborhoods and open up social welfare organizations. It was the beginning of the social worker profession and they provided social services: child day care, kindergarten classes, English classes, citizenship test training, libraries, gyms, etc. to help assimilate immigrants into urban American culture and to deal with poverty.

In a sequel to the antebellum reform movements and in a preview of the New Deal of the 1930s, some Progressives tried to change society through moral legislation and increased democracy. While there are many examples you could use, the following list includes several must-know examples (amendments) as well as other representative political changes:
🎥 Watch: AP US History - Progressive Amendments

At the State Level

In Wisconsin, Robert La Follette established a strong personal following as governor who won passage of the “Wisconsin Idea” a series of Progressive measures that included a direct primary law, tax reform and state regulatory commissions to monitor railroads, utilities, and business such as insurance.

At the National Level

The United Mine Workers demanded wage increases, an 8-hour workday, and company recognition of the union. In May 1902, 140,000 miners walked off the job. The mines closed. The strike continued for months and coal prices rose. As winter came, schools, hospitals, and factories ran short of coal. Public opinion turned against the companies.
Roosevelt was furious complaining of the company’s arrogance and he invited both sides of the dispute to the White House for a conference. The union took a moderate tone and offered to submit the issues to arbitration. The companies again refused to budge. Roosevelt ordered the army to prepare to seize the mines and then leaked word of his intent to Wall Street leaders.
They agreed to accept the decisions of an independent commission that the president would appoint. The workers returned to work and the commission awarded them a 10% wage increase and a cut in working hours. It recommended against union recognition. The coal companies were encouraged to raise prices to offset the wage increase.

Roosevelt further increased his popularity by being the first president since the passage of the Sherman Antitrust Act in 1890 to enforce the poorly written law. On February 18, 1902 he instructed the Justice Dept. to bring suit against the Northern Securities Company for violation of the Sherman Antitrust Act.
This holding company controlled the massive rail networks of the Northern Pacific, Great Northern and Chicago. J.P. Morgan, Rockefeller, and a bunch of other wealthy people were behind the company. The Supreme Court upheld the suit against Northern Securities and ordered the company dissolved.
Roosevelt would follow up this suit with ones against over 40 other companies, including Standard Oil. Roosevelt did make a distinction between breaking up “bad trusts” which harmed the public and stifled competition, and regulating “good trusts” which though efficiency and low prices dominated the market

There were two competing types of Progressives in the area of environmental care. The preservationists like John Muir and his Sierra Club fought for the preservation of wilderness areas without human interference. 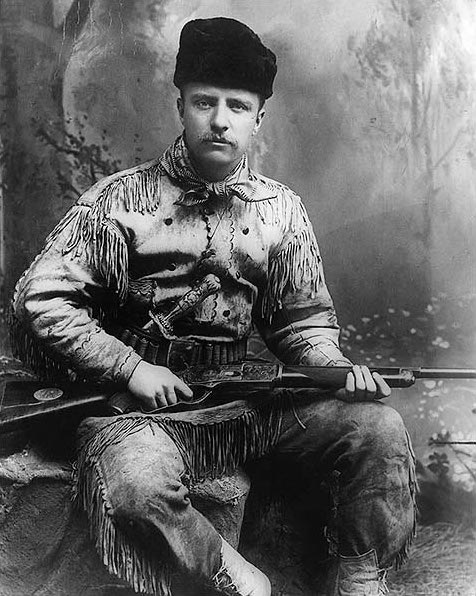 Conservationists like Theodore Roosevelt wanted government experts to use their expertise to use the nation’s natural resources responsibly. They both supported the creation of national parks, and presidents like Roosevelt and Woodrow Wilson created agencies such as the National Forest Service and the National Park Service, respectively.

The good natured William Howard Taft had served in Roosevelt’s cabinet as the secretary of war. Honoring the two-term tradition, Roosevelt refused to seek reelection and picked Taft to be his successor. He preferred the life of a judge.
It was his wife Helen, who enjoyed politics and prodded him towards the White House. Prior to this, he was a member of the House of Representatives and later in life he would become Chief Justice of the US Supreme Court, making him the only president to serve in all three branches.
Taft continued Roosevelt’s Progressive policies. As a trustbuster, he ordered the prosecution of almost twice the number of antitrust cases as his predecessor. Unlike Roosevelt, he didn’t differentiate between “good” and “bad” trusts.  Among these cases was one against U.S. Steel which included a merger approved by then President Theodore Roosevelt. An angry Roosevelt viewed Taft’s actions as a personal attack on his integrity.

Because of his anger with Taft over trust busting, Roosevelt decided to throw his hat back into the ring and run for a third term. Democrats were delighted that Taft and Roosevelt would fight for the nomination. The Republicans refused to give Roosevelt the nomination and instead gave it to Taft.
Some anti-Taft and progressive Republicans came together to form the Progressive Party and nominated Roosevelt. The party would soon be known as the Bull Moose Party. Roosevelt campaigned strenuously and even completed one speech after being shot in the chest. He said “I have a message to deliver and I will deliver it as long as there is life in my body”
The Democrats nominated Woodrow Wilson. On election day, Wilson won by 2 million votes over Roosevelt (largely because the Republican vote was divided). The Democrats also won control of both houses of Congress.

Wilson set forth a program called the New Freedom. It emphasized:
Other Reforms:

The Progressives were also deeply two-faced when it came to several aspects of democracy. Some Progressives supported Southern segregation of African Americans. Other Progressives ignored it. Some fought against it like Ida B. Wells and her anti-lynching muckraking.
Some Progressives offered help to immigrants (see Jane Addams above), but other favored racist immigration restrictions or literacy tests. The literacy tests were designed to make sure less educated people or people less proficient in English—usually racial minorities and recent immigrants, respectively—could not vote so that the government would be controlled by “experts,” in this case more Anglo-Saxon native-born Americans.
Progressives also disagreed in their approach to African Americans. Booker T. Washington, a leader of the African American community down south, famously stated in his Atlanta Compromise speech that African Americans should work first for economic success and wait for social equality.
W.E.B. DuBois, by contrast, was a Black leader who insisted upon social equality and called for a Talented Tenth of the African American community to rise up and show White people what African Americans were capable of accomplishing. In 1909, he helped to found the National Association for the Advancement of Colored People (NAACP), a major organization fighting for black rights to this day.
🎥 Watch: AP US History - Early 20th Century Progressive Era and WWI

Practice your typing skills while reading The Progressives
Start Game