The one thing you need to know about this theme:

This theme focuses on the factors behind the development of systems of economic exchange (trade), particularly the role of technology, economic markets, and government.

Historical Examples of this Theme: 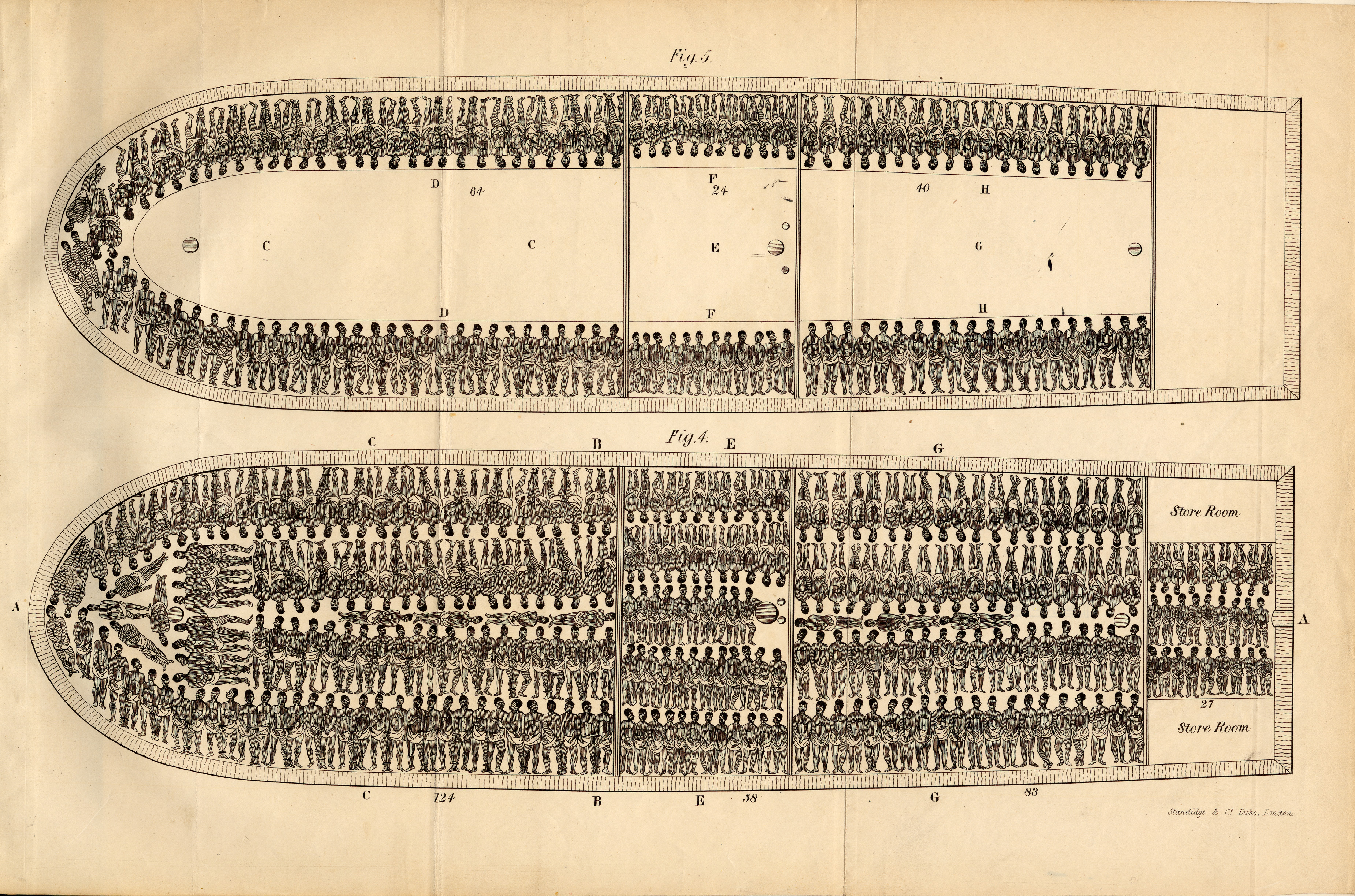 According to the historian Henry Louis Gates Jr., about “12.5 million Africans were shipped to the New World and approximately 10.7 million survived the dreaded Middle Passage, disembarking in North America, the Caribbean, and South America.” This exchange of people across continents had a profound impact on society and workforce in the colonies. The Atlantic economy, as it has come to be known, saw the exchange of people and goods between North America, Europe, and Africa.

Slavery in the British Colonies

The first African slaves arrived in Jamestown, Virginia in 1619. As crops such as sugar and tobacco boomed in the colonies, the need for a more stable labor force increased. This, of course, increased the need for more slaves and laws codifying the new labor hierarchy in the colonies.

The Industrial Revolution began in Great Britain during the 18th century. New inventions and machinery were closely guarded secrets, until Samuel Slater, an Englishman, escaped to the United States with a mental blueprint of the machinery needed to spin cotton. Although Samuel Slater was seen as somewhat of a traitor in Great Britain, he was given the nickname of “Father of the American Industrial Revolution.” 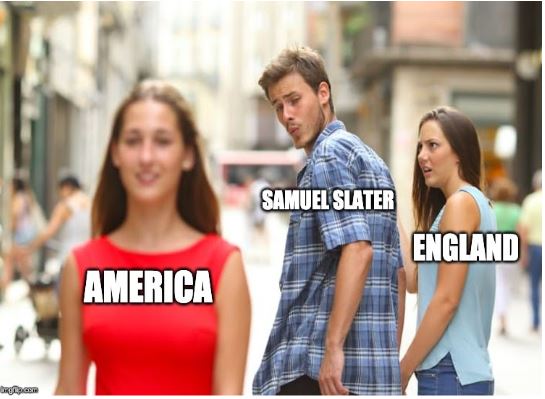 Around the time Samuel Slater arrived, America was experiencing increases in the overall American population, coupled with advancements in transportation (railroads, canals, steamboats, and roads). This led to a national market economy in the United States between 1820-1860. The new market economy moved the center of the workforce (from artisan shops to factories) and led to new approaches to manufacturing. New technological advancements, like the cotton gin and the textile mill, changed the way workers worked and lived.

The United States was still considered to be an agricultural nation at the end of the American Civil War (1865). By the end of 1920, however, the United States had been transformed into one of the leading industrial powers in the world.

This shift occurred because of new technological advancements in America and an abundance of natural resources. For example, the Bessemer process was used to make steel quicker and cheaper (Andrew Carnegie came to champion this system for making steel). The steel produced was used to make railroads and bridges, which led to improvements in transportation of both people and goods.

Other inventions such as Thomas Alva Edison’s light bulb and the introduction of electricity (alternating currents invented by Nikola Tesla), allowed factory owners to move their factories to wherever they wanted. This, in turn, allowed industry to grow like no other period in American history.

The Rise of Industrial Capitalism

As the United States became one of the world’s industrial powers, a few men came to control more and more of the wealth generated. These men came to be known as the “Titans of Industry” and they are pictured below.

As more came to be owned by fewer and fewer people, workers formed unions to protest against abuses and they tried to collectively demand better working conditions. The chart below illustrates the long-term effects and causes of the rise of the industrial economy.

Labor in the Gilded Age

Exploitation of workers during the Gilded Age was commonplace throughout the United States. Although wages were higher in the North, unsafe working conditions drew workers together across regions in a nationwide labor movement. 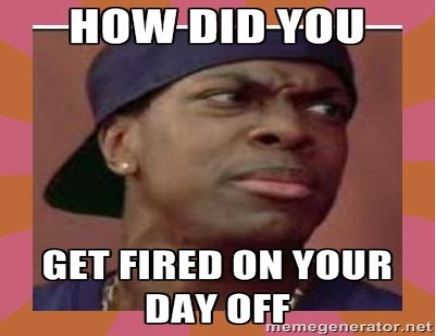 Steel mills often demanded that workers work seven-day workweeks. Streamstresses, often worked 12-hour days (six-days a week). Employees did not receive vacation days, sick days, or unemployment benefits (if you didn’t work you didn’t get paid). Abuses of power were widespread and workers could be fired for almost any reason.

Children were also used as labor during this period, and were paid less than the average worker. Children were put to do dangerous work and could not attend schools. Some children were paid as little as 27 cents for a 14-hour workday.

As a result of these conditions, labor activism spread and unions began to fight for workers’ rights. The two most famous unions were the American Federation of Labor (AFL) and the Industrial Workers of the World (IWW). Membership in the unions grew steadily over this time period, and union leaders organized strikes to demand better working conditions (although many of the strikes were unsuccessful).

Innovations in Communication and Technology

It is often said that if a person from the 2000s were to be warped into the past, the 1920s would be the first era that might feel close to the way we live now. It would be the earliest time period in United States history that they would feel the least amount of cultural shock (at least that is what some people say). Since the industrial revolution had turned the United States from a farming society to an industrial one, millions of people now lived in large, urbanized cities. New inventions such as the airplane, the camera, the traffic signal, and the jukebox changed the way people lived and experienced life (even Kool-Aid was invented during this period).

Mass-production printing techniques led to the proliferation of newspapers, magazines, and books. Newspaper circulation allowed for the sharing of information and pushed newspapers to sometimes sensationalize the news. Advertising also exploded during this era, which help fuel the consumer economy of the 1920s.

The Great Depression fundamentally forced a change in the way people worked. With large numbers of unemployed workers, the government, under Franklin D. Roosevelt (FDR), passed the New Deal. The New Deal policies focused on three main goals (the 3 R’s): Relief for the needy, economic recovery, and financial reform. The New Deal also created hundreds of programs aimed at putting people back to work. In 1935, FDR’s administration passed a Second New Deal with even more programs focused on helping alleviate the suffering caused by the Great Depression. Despite FDR’s best efforts, the economy remained sluggish and unemployment remained high. The event that finally brought the United States out of the Great Depression was World War II. 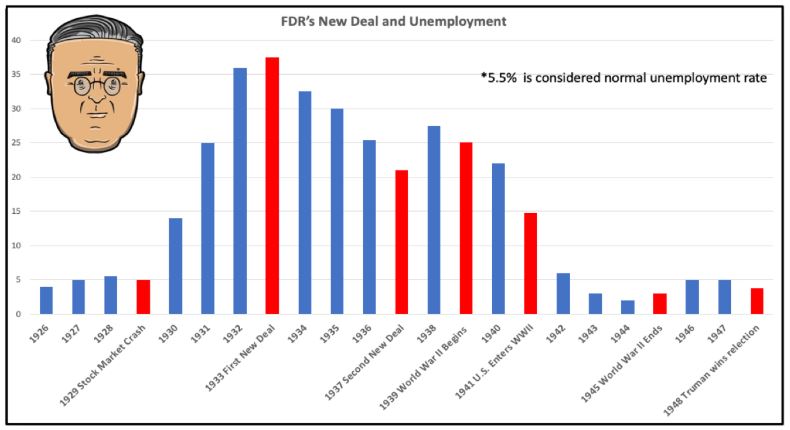 Since the United States was no longer at war, many government contracts were cancelled and millions of workers were laid off. Apart from rising unemployment, consumer prices began to rise while American workers earned less than they had during the war.

Lastly, as soldiers returned home, they contributed to a baby boom. The result of the baby boom was the largest generation in the nation’s history (they are referred to as baby boomers). 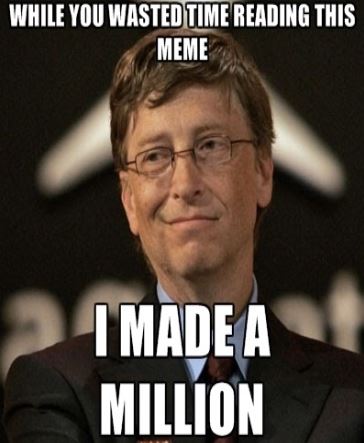 Bill Gates, a young computer wizard, revolutionized computers by developing MS-DOS (software that made it easy for the average person to use a computer). The use of the computer changed the way people worked and communicated in the United States. Many tasks that had previously taken hours could be done in seconds with the use of computers. New jobs were being created in the technology sector, which had not existed before. “Economic productivity increased as improvements in digital communication enabled American participation in worldwide economic opportunities.” In short, the Internet helped connect the world.

Which of the following WAS NOT an effect of the information depicted in the chart: