6.5 The Concert of Europe and European Conservatism

At the same time as the First Industrial Revolution was Napoleon’s conquering of Europe. He took over countries like Spain, most of Italy, Austria, the Netherlands, Belgium, Poland, and Egypt, but his grip couldn’t hold due to the sheer size of his continental empire. His eventual defeat at Waterloo signified the end of his radical ideology and Napoleonic Codes… or did it?

The Congress of Vienna & Concert of Europe

With the impending defeat and exile of Napoleon, Europe had one more problem to add on to all their inhumane industrial problems. As much as Napoleon was a dictatorial conqueror, his ideas were not half bad to the people of the states he conquered it seemed. 🗣️

Determined not to let this happen again, the Congress of Vienna was held to deal with the political mess Napoleon left in Europe and other pressing issues like what to do with Poland.

The Congress of Vienna, led by Metternich, sought to restore the old political order of Europe. It was comprised of the Great Powers of Europe, which would lead to an almost 100-year peace in Europe, and resulted in three significant policies. 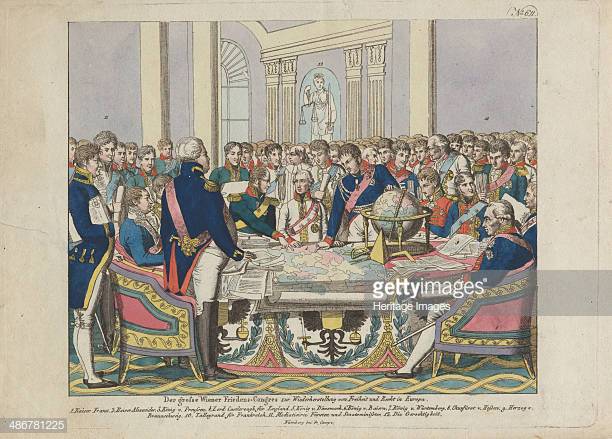 Regarding the touchy issue of Poland, much of the nation was annexed to Russia. However, Prussia also got a small portion. Poland’s annexation by Russia and Prussia would just be a sign of what’s to come in the future.

The Concert of Europe was an agreement by various Great Powers, who had formed a Quadruple Alliance (Austria, Britain, Russia, Prussia),  to put down any future revolutions through military force. Called the Principle of Intervention, this was an attempt to preserve the balance of power and principle of legitimacy. Most of the Great Powers agreed to it due to fear that Napoleon’s ideas would spread, but England opposed it.

Congress of Vienna Main Representatives and their Demands

The greatest champions of conservatism were Klemens von Metternich, Edmund Burke, and Joseph de Maistre during this time. They all believed in the old ways of doing things.

Metternich was an Austria prince who was sent as Austria’s representative in the Congress of Vienna. He sought to reestablish the old societal order and put all the monarchs Napoleon had overthrown back in power. Everything he did reaffirmed the power of monarchies and sought to prevent any more uprisings.

Burke was an Irish politician who is known as the father of modern conservatism. He believed that change should be slow, not quick and immediate like in the French Revolution. Burke disapproved of the French Revolution, believing that it would be tyrannical and chaotic due to how fast change occurred.

Maistre was a French philosopher and lawyer who advocated for a monarchy and hierarchy immediately after the French Revolution. He saw the actions of his fellow countrymen as invalid due to their undermining of the monarchy.