Development of the Slave Trade

As European countries expanded overseas, the African slave trade increased exponentially. There was a shortage in Native American laborers as well as a decline in indentured servants working on plantations in the Americas. An increased and unmet demand in plantation workers meant that more slaves had to be imported.

Africans who were sold into slavery had been enslaved by their captors during internal conflicts in Africa. In exchange for finished goods like guns, pottery, and food, Africans would trade their captured slaves to European slave traders to be sold off in the Americas. In other words, some Africans began to sell their own people for these finished goods and for protection.

The first slaves arrived in North America in 1619, but slaves had been sold in the West Indies and Brazil long before this. There was always a high demand for laborers on sugar plantations as well as for tobacco farming, coffee farming and gold mining.

Due to the extreme living and working conditions they were subjected to, African slaves had a higher mortality rate in the Americas. This led to more and more slaves being imported from Africa to continuously sustain the need for a large workforce. 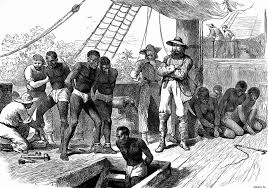 The voyage (The Middle Passage) from Africa to the Americas was one of the most deadly aspects of the slave trade. Slaves were kept in extremely close quarters, given little food, and were subject to diseases on the ships. If they survived, their lives on the plantations were harsh as well. The practice of “seasoning” slaves was common; slaves were trained in new skills, given new names, and learned the basics of the English language to show they were no longer free.

Slaves were seen as property and in effect, had no legal rights. Masters were permitted to whip their slaves, many slaves were not allowed to gather in large groups, and slave marriages were not recognized by law.

Slaves also converted to Christianity, preaching that they should accept their slavery and their place under their masters. This was also another example of Europeans imposing their culture and beliefs on those who they conquer. 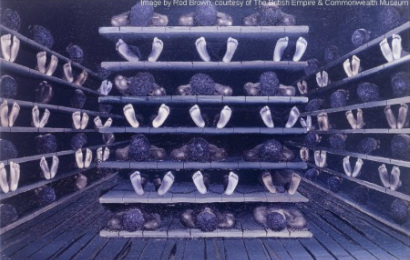