The content of Impressionist art became modern, depicting scenes of social life, leisure activities, and other aspects of life in the urban middle class and lower class. The painting style was also loose brush strokes, vibrant and contrasting colors, and meant to give you an overall “impression” of an event rather attempting perfection.  Claude Monet is one of the most well known Impressionist artists for his Waterlilies. Edgar Degas is another for his paintings of dance halls and ballerinas. 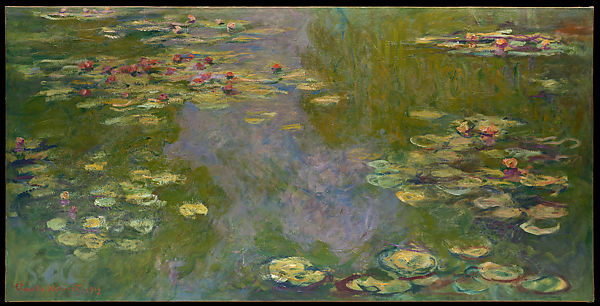 The content of Impressionist art also left the viewer with impressions of the people in the portraits. It was meant to leave people with questions about the person, event, or location.

Post Impressionism continues the previous movement of Impressionism- attempting to continue leaving an impression of the depiction of the scene as well as the people, events, or locations.

Georges Seurat coined this term to describe hundreds of thousands of tiny, single color dots that together, form a picture when seen from a distance. 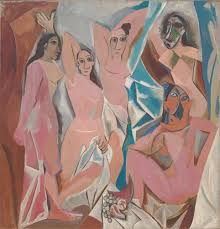 Paul Cezanne focused on a modern content- imperialism. His paintings of non-Western people focused on the simplicity and beauty of their lives against the preying actions of Europeans. Paul Gauguin built upon Cezanne’s imperialism content with his depiction of people living in the South Pacific.

Regardless of enlightened thought and the industrial movement, that seemed to change society in all aspects, the roles of women in society remained mostly unchanged with very few exceptions.

The hyper focus of scientific reasoning led people to believe stereotypical views of women based on studies in biology and reproduction. This forced most intellectuals to believe that women’s most prominent role was that of a mother. Studies worked to prove that women were more emotional, less strong, and more irrational than men. One such study was in Darwin’s Descent of Man, in which women and non-white men were seen as inferior to white men.

England- 1864-1886 enforced the Contagious Diseases Act on English prostitutes. Women thought to be prostitutes were subjected to medical examinations for diseases. If a woman possessed a disease, she was confined for months. This law angered middle class women who felt it disproportionately targeted poor women and literally put women’s bodies under the control of any man in society. Protests and a women’s organization had the law repealed in 1886.

Feminist movements began in the mid 19th century and continued into the 20th century. Emmeline Pankhurst became the leader and founder of the Women’s Social and Political Union in 1903 in England. Pankhurst founded the Suffragette movement that used vandalism and organized protests to gain the attention of the British government. In 1918, women over the age of 30 were granted suffrage and by 1928, women over the age of 21 were allowed to vote.