5.9 Continuity and Change in the 18th-Century States

The French Revolution and Napoleon’s reign challenged the different types of political sovereignty in 18th-Century States. As Napoleon took control of much of the European continent, the rest of Europe was provoked to take a nationalistic response. Although political sovereignty and government changed in France more than once during the 18th-century, eventually the Congress of Vienna restored the Bourbons to the French throne. 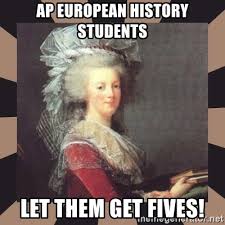 You’re on your way to getting the bread on the AP European History Exam!! Study hard now and maybe celebrate with some cake later?