The American Temperance Society was established in 1826 to combat the drinking problems of many men. It called for total abstinence from alcohol, and the effects showed the success of this movement. Within two decades, the consumption of alcohol dropped more than half.

Dorothea Dix learned that people with mental illnesses lived among prisoners due to lack of resources. She was horrified to find mentally ill persons locked up with convicted criminals in unsanitary cells. As a result, she launched a cross-country crusade, publicizing the awful treatment she had witnessed.

She lobbied state legislatures for mental health facilities, resulting in 32 mental hospitals built throughout both the US and Canada.

Pennsylvania took the lead in prison reform, building new prisons called penitentiaries to take the place of crude jails. The prison reforms reflected a major doctrine of the asylum movement: structure and discipline would bring about moral reform.

Horace Mann focused on the education of children. He demanded for compulsory attendance, longer school year, and more teacher preparation. Public schools became free as tax dollars supported them. Other people saw public schools as a way to decrease the uneducated population and also to assimilate children immigrants.

Elizabeth Cady Stanton and Lucretia Mott led the Seneca Falls Convention on women’s rights in 1848. They created a new document, “Declaration of Sentiments,” where they described what must be done to have gender equality. Many women and men signed the document, but due to critics, most withdrew their names.

Some colleges, such as Mount Holyoke College, allowed women to be admitted. It would be the first time women would have access to further education.

The Second Great Awakening led many Christians to view slavery as a sin.

The idea of transporting freed slaves to an African colony was first tried in 1817 with the founding of the American Colonization Society. They established an African American settlement in Monrovia, Liberia. It never proved to be a practical course. 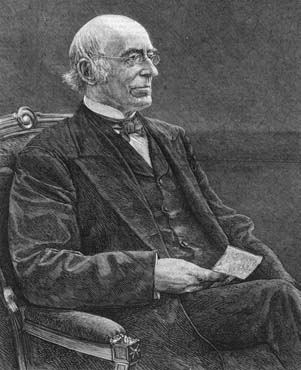 William Lloyd Garrison started an abolitionist newspaper, The Liberator. He called for free states to secede from the slave states as the Constitution supported slavery. He then went on to found the American Anti-Slavery Society. He also burned the Constitution to prove his point of it being pro slavery.

Frederick Douglass had first hand experience that proved to be useful when he would go around in tours and describe the situation of the slaves. He advocated for political and direct action to end slavery and racial prejudice.

The Grimke sisters, despite being daughters of a wealthy Southern family, supported the abolition of slavery. They would speak to audiences of both women and men, which would anger New England ministers due to them being women. As a result, they also began to support gender equality.

🎥 Watch: AP US History - Abolition and Other Reforms