Immigration Changes in the USA

Germans 🇩🇪 and Irish 🇮🇪 Catholics✟ emigrated to the US in large numbers, they began to change the makeup of the US, particularly in Northern cities. There was a Nativist (the belief that longer-residing citizens need to be protected from recent immigrants) backlash in the form of the American Party (Know-Nothing Party) and increased interest in temperance.

Immigrants often settled in ethnic neighborhoods to preserve their culture and because of racism.

Out in California, there was a backlash against Mexicans, Californios, and Chinese living there, especially as many were seen as job competition or obstacles for land exploitation (mining or ranching).

Sectional tensions over slavery continued during this period, with the mostly free-labor North increasing growing uncomfortable with the largely slave-labor South. In return, the South got more defensive about their “peculiar institution” of slavery and more aggressive in their defense of it.

Abolitionists, although a minority in the North, got louder and more aggressive, thus making the South angrier. Some examples include:

Slaveholders in the South got louder too, arguing that slavery was okay via racism and paternalism: they thought Africans were inherently inferior because of bad science or bad theology, and they thought slavery was beneficial to slaves themselves (John C. Calhoun argued slavery was a “positive good”). Southerners also defended slavery because it was connected to property rights as enshrined in the US Constitution.

Books on Slavery - Pro and Con 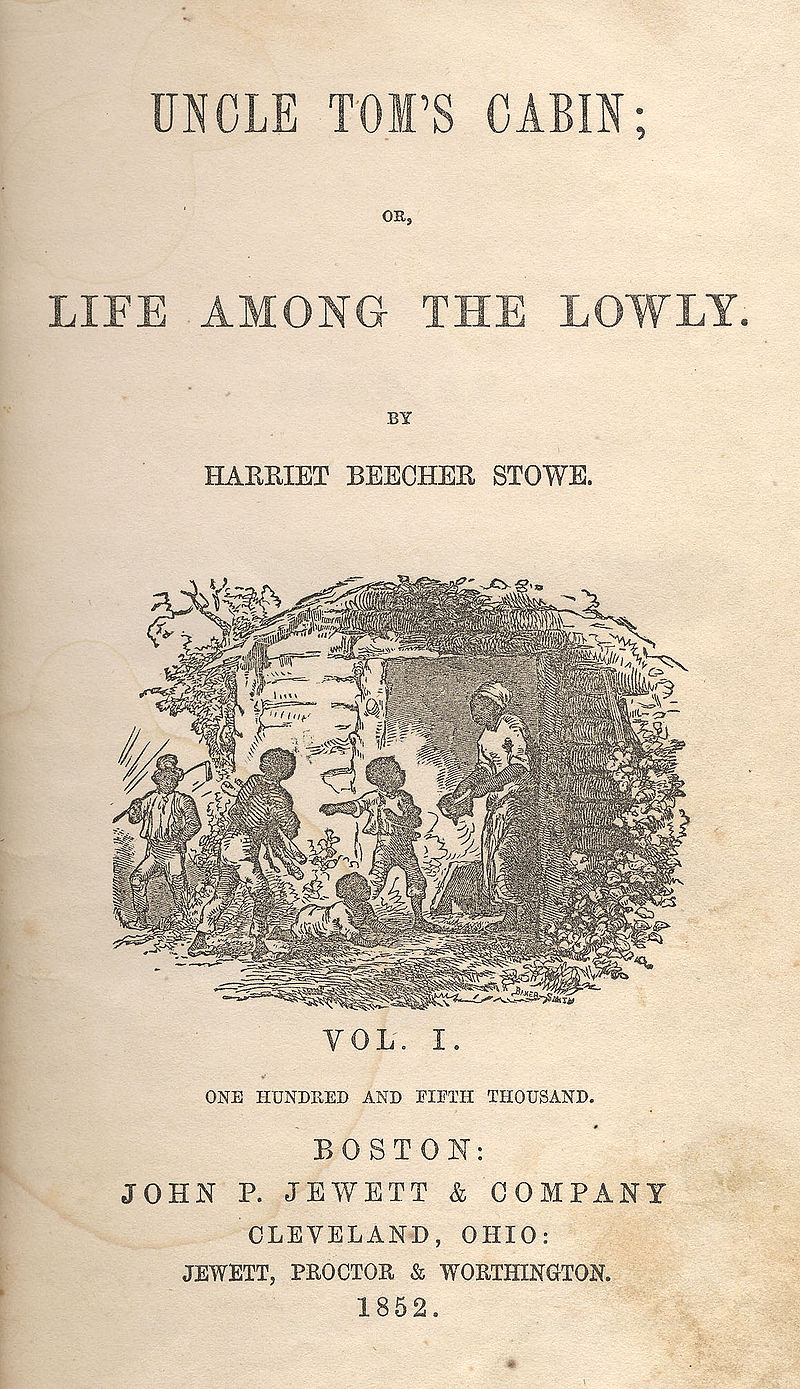 The most influential book of its day was a novel about the conflict between an enslaved man named Tom and the brutal white slave owner Simon Legree. The publication of Uncle Tom’s Cabin in 1852 by Northern writer Harriet Beecher Stowe moved a generation of Northerners as well as many Europeans to regard all slave owners as monstrously cruel and inhuman.

Impending Crisis of the South

Hinton R. Helper’s (North Carolina) book of nonfiction, Impending Crisis of the South, attacked slavery from another angle. He used statistics to demonstrate to fellow Southerners that slavery weakened the South’s economy. Southern states acted quickly to ban the book, but it was widely distributed in the North.

Southern whites counterattacked by arguing that slavery was just the opposite – a positive good for the slave and master alike. They argued that slavery was sanctioned by the Bible and was firmly grounded in philosophy and history.

Southern authors contrasted the conditions of Northern wage workers – “wage slaves” forced to work long hours in factories and mines – with the familial bonds that could develop on plantations between slaves and masters.