The location and quality of a city’s infrastructure directly affects its spatial patterns of economic and social development.

Economic development and interconnection within urban areas are dependent upon the location and quality of infrastructure (for example, public transportation, airports, roads, communication systems, water and sewer systems). The fastest growing cities are found in developing countries which have just recently just industrialized. While residents in both New York City & Moscow have an elaborate airport, road, water, and communication systems, these rapidly growing cities are having issues keeping up with the demands of population increases. The below picture is of one of the elaborate and most well-maintained subway stations in the city of Moscow. 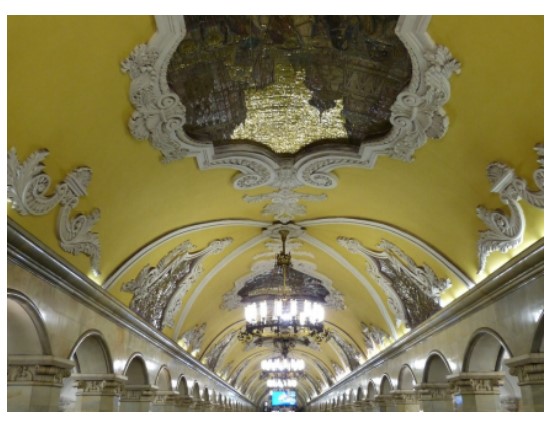 In developing countries, modern technologies in transportation and public facilities are not very available. While all cities in developing countries are different culturally, most share a few similarities other than not being able to keep up with these public services and infrastructure. Secondly, some are ancient, but almost all have a colonial legacy, established to serve the needs of the colonizing country. Third, many of these cities have a large number of migrants illegally living on the outskirts of the city, called squatter‐settlements, and finally, some governments have responded by moving the national capital away from the overcrowded primate city to a new location. This action is called forward capitals.

Examples of forward capitals are moving the capital of Dar Es Salaam to Dodoma in Tanzania, Brasilia in Brazil and Abuja in Nigeria. These planned cities are created to draw the population away from overgrown metropolises and to house industrial and governmental centers. This is a form of smart growth which you will see in the next section of this study guide.