In the 1930s, Louis Wirth defined a city as a permanent settlements that has 3 characteristics that distinguish them from rural areas:

Importance Of Cities in Different Sizes 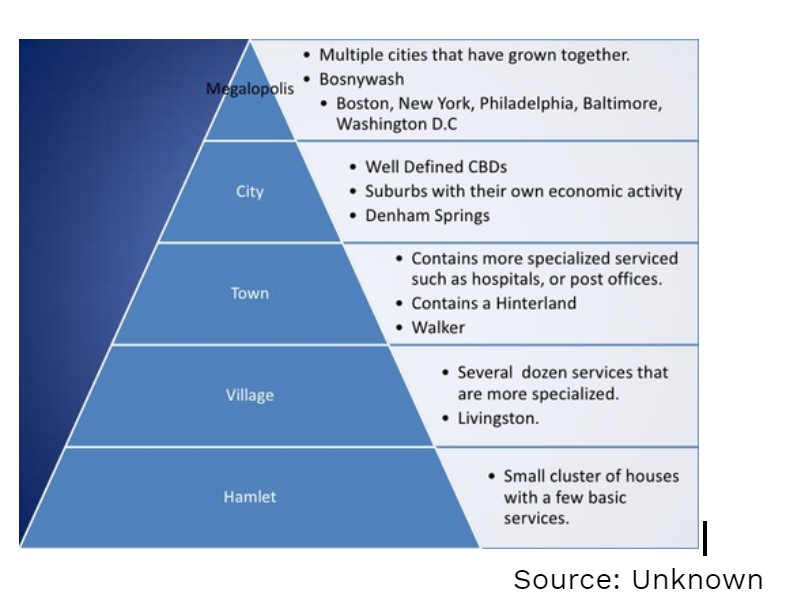 The urban hierarchy of cities goes from the smallest area to the largest area. The hamlet, village, town, city, metropolis, and megalopolis are all of the levels of the hierarchy from smallest to largest. The largest metropolis in the United States is New York City, with over 18 million people in its metropolitan area.

This graphic explains the role of cities and how different cities can attract different people from varying distances.