Fertility rates in developing areas, like Sub-Saharan Africa, South and Southeast Asia, in which women have less years of schooling, and higher fertility rates. They also use subsistence farming, where more children can be advantageous to help farm. These reasons lead to higher natural increase rates.

Mortality varies in developed and developing countries. In developed areas they have better hospitals, healthcare, and more access to birth control, which leads to lower infant mortality rates, which is the total number of deaths of children aged 0-1 in a year. Because of this children are more likely to grow to adulthood, which causes women to have less children.

Developing countries also have higher infant mortality rates, because of lack of healthcare and worse sanitary conditions. Birth control is less available. Because of this the TFR in some Sub-Saharan African countries is over 5!

Migration also varies in developed and developing countries. In the developed world, they have net-in migration, because people are coming to the country for better economic conditions.

The reason that the United States population continues to rise is because of net-in migration. The blue countries in this map represent places that have an increasing population due to migration. 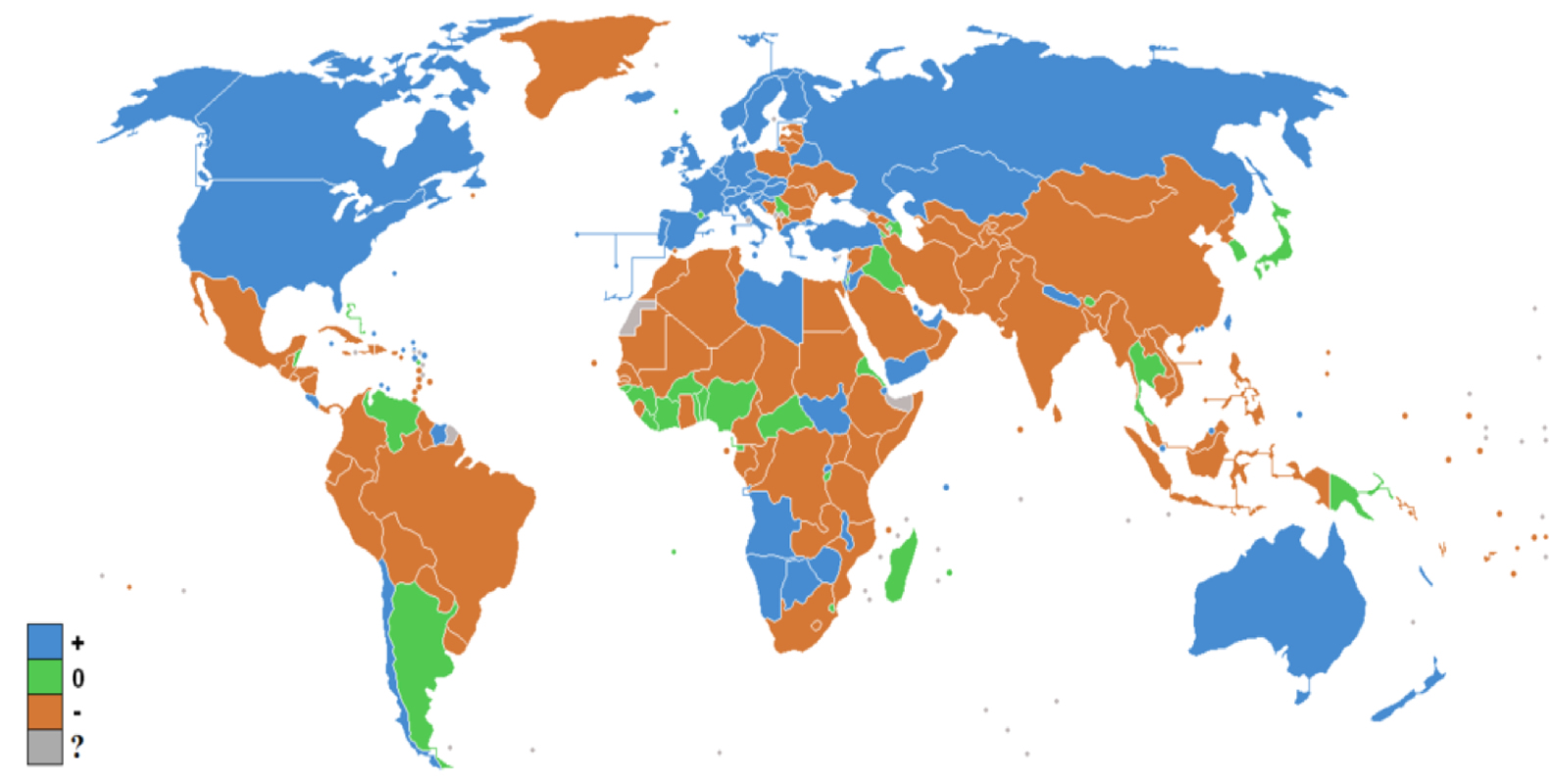 In the developing world they have a net-out migration because people are leaving to seek better job opportunities internationally. Some also leave because the population of the country continues to rise, which can lead to overpopulation and overcrowding in urban areas.

Besides Natural Increase Rate, geographers also use doubling time, which is the number of years needed for a population to double, assuming the NIR stays constant.

However, NIR can change drastically for a number of reasons. War, famine, or political instability in a country can cause net-out migration to go up, or the TFR to drop. While those same factors in a bordering country can have the inverse effect.

A social example is chain migration. That is when people move to a specific location because members or relatives of a similar nationality have already migrated there. This is very common as people look to move places where they know other people. It also leads to ethnic enclaves, like Chinatown.

Cultural reasons people may migrate is because of their religion, beliefs, sexual orientation, or oppression of their ethnicity or race. This may be for forced or voluntary reasons.

People may choose to live in places that are religious centers like Israel, Mecca, or Salt Lake City. On the other hand, you could move somewhere for acceptance. For example, a person may want to move to somewhere more LGBTQ friendly.

Economics is the number one reason why people move to or within a country that provides more job opportunity.