New Urbanism is a counter to urban sprawl. For review, urban Sprawl is unrestricted growth of housing, commercial developments, and roads over large expanses of land, with little concern for urban planning. Urban Sprawl came about in the automobile era from Detroit, MI. Before this era, cities were built in walking-distances and there was less development. Then, when the automobile was invented, cities grew "up" and the city itself instead grew "out".

A sample new urbanist community is created with a central shopping center clustered around by a few neighborhoods, usually high rise apartments. New urbanists aim to take up less space.

The design of new urban neighborhoods has an emphasis on beauty, comfort, and sense of place. There is a public space at the center of the community for public interaction in the shopping center area. The rest of the neighborhood's grid patterned roads are lined with sidewalks for walking easily around the area. These neighborhoods are created using transect planning, meaning that as you move out from the center, the density decreases. New urban communities have a lower environmental impact with less driving and energy efficient buildings. 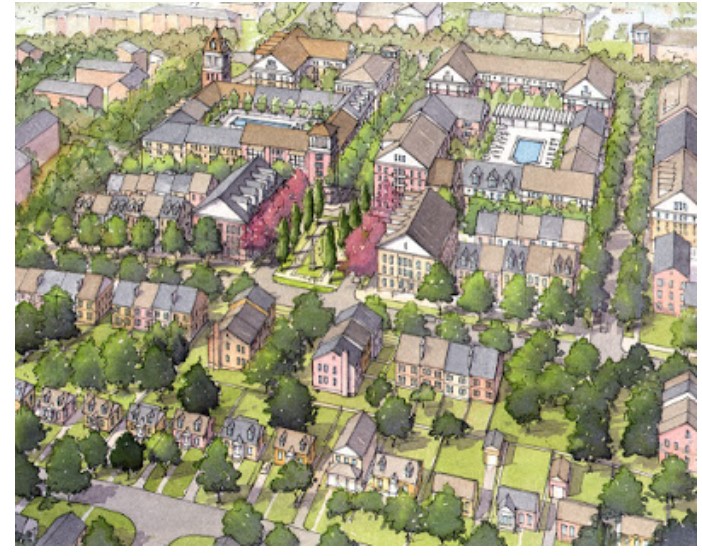 A green belt is a ring of well maintained parks circling the Urban City Center. A green belt usually includes running and biking paths and tends to incorporate many tunnels and small gardens. Green belts also limit the sprawl of urban areas. They can also limit pollution and use of mass transit with paths to take you around the city!

A very famous and large green belt is located in the city of Atlanta circling the MLK, Midtown, and Downtown Neighborhoods. The Green Belt is known as the BeltLine. The green belt has very nice running and biking paths and crosses through many small farmers markets and the Atlanta Botanical Garden. 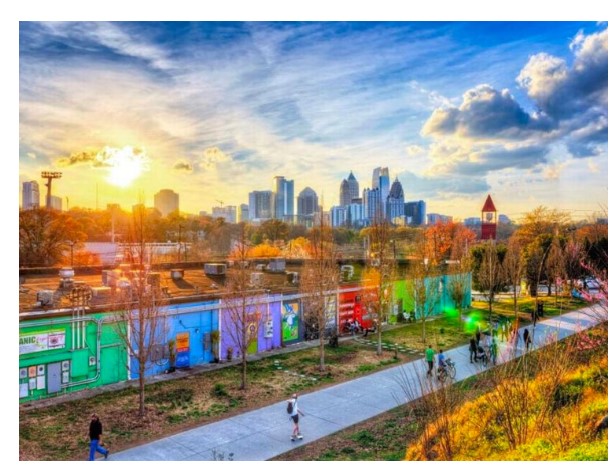