The United States has voting boundaries to make voting more representative of the population. Voting districts are set up based on population data from the census. However, many things have been done to mess with these boundaries in order to benefit different political parties.

The census is taken every ten years to count the population for the purpose of distributing funding, resources, and to redistrict as needed. While the House of Representatives is capped at 435, the voting districts within a state have to be roughly the same size. As the population changes, the state legislature then draws new lines to accommodate a new district, which is called redistricting.

In 1912, the number of representatives was limited, which means even though the population of the US has tripled, the representation has not increased. In the US, each person in Congress represents about 747,000 people, which is significantly more than the equivalent representative in other countries. 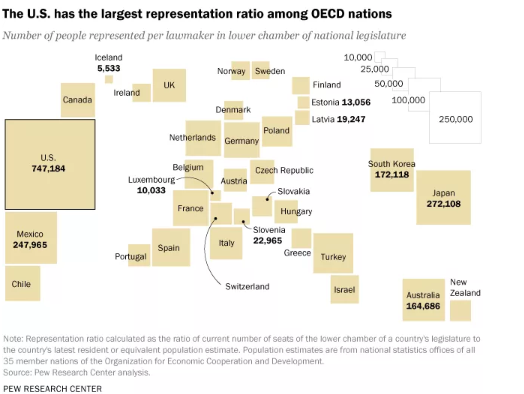 The process of redistricting can lead to dramatic manipulations. The most well-known example of this is gerrymandering, which when politicians use redistricting to cement their power. This is often based on race, voting patterns, class, etc.

For example, if there is a huge population of liberal black voters in a district, they would win seats as they outvote conservative white voters. But if you split the district through the black population, now you could have two districts with a majority of white conservative voters and minority black liberal voters. By doing this, there would now be two conservative congress-people representing an area that is actually a majority liberal area.

Here’s an example in Louisiana. The largest cities of Baton Rouge and New Orleans have the biggest black population in the state. The 6th District was drawn to keep the wealthy, white neighborhoods surrounding the two cities, while black communities are included in the 2nd District, which is largely liberal. By doing this, the 6th remains Republican and the 2nd is the only safely blue district in the state. If these lines were drawn differently, both districts could be overwhelmingly blue. 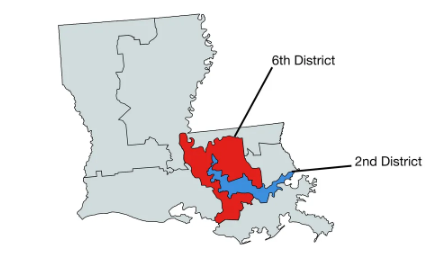 There are five types of gerrymandering and they all rhyme! Cracking, packing, stacking, hijacking, and kidnapping.

Cracking is when legislatures disperse a group into several districts in order to prevent a majority. Packing combines similar voters into one district to prevent them affecting another district. This is what we see in Louisiana. Stacking is when minority voting groups are “stacked” together, but alongside higher turnout majority groups which dilute their power. Hijacking involves redrawing districts to force two representatives in the same party to run against each other. And kidnapping is when redistricting moves a supported elected official to an area they are no longer supported.

Overall, any boundary has consequences, whether positive or negative. For example, when people who speak the same language or practice the same religion are split, boundaries play a negative role. But in a situation where two entities who are conflicting over a piece of land create a boundary that satisfies both parties, boundaries can be positive as well.