Hydropower is energy that comes from the force of moving water which turns a turbine. Hydroelectric power generation converts the potential and kinetic energy of water into electrical energy.

There are two ways to generate hydroelectric power: dams and tidal waves. 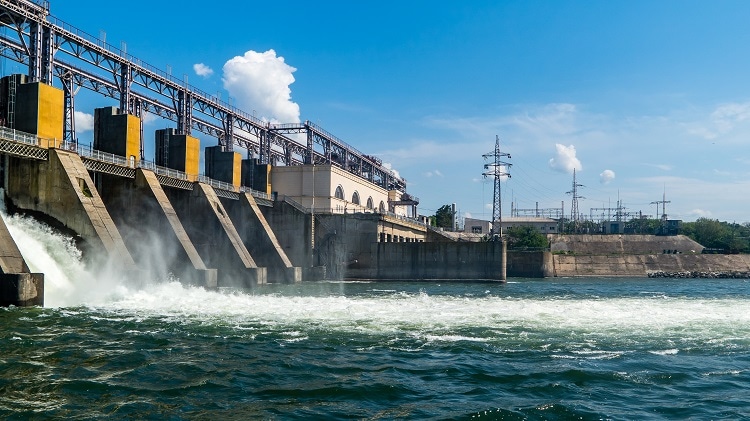 Dams are built on rivers where the terrain will produce an artificial lake or reservoir. A  dam serves two purposes at a hydropower plant. A dam increases the height of the water to create potential gravitational energy. Secondly, it can control the flow of water. When electricity is needed, the water is released. Electricity is generated through the water spinning turbine generators. The water flows through penstocks that turn the turbine which is connected to a generator. The output is electricity that gets fed to the electrical grid.