An age structure diagram is a model that predicts the population growth rate by a shape. It shows a comparative ratio of males to females and the bars show various age groups from infants - adolescents - reproduce - post reproductive. 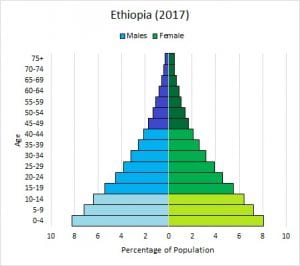 The diagram below shows New Zealand and an example of a population with stable numbers. This population has about the same amount of individuals in each age bracket. This suggests parents have access to reproductive education and can choose replacement level reproduction, or to have about two children per each couple. 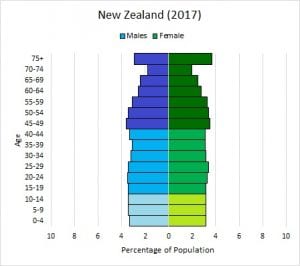 🎥 Watch this video here for more on this key topic.