1.4 Challenges of the Articles of Confederation

The Articles of Confederation was the document that governed the newly founded United States of America. However, the Articles were too weak in order to deal with United States affairs. This became evident in Shays' Rebellion. 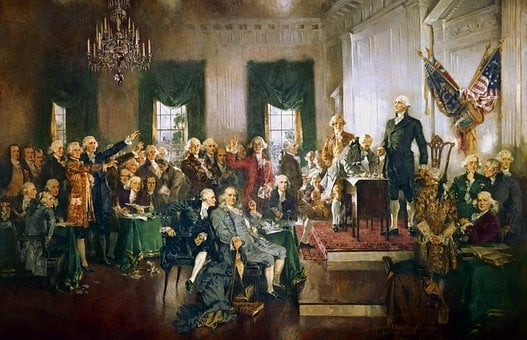 Shays' Rebellion was a 6-month rebellion where over 1,000 Massachusetts farmers attacked a federal arsenal in order to protest the foreclosure of their farms. 😡 They were in opposition to the debt crisis and increased collection of taxes for both individuals and their trades.

Another big problem in the Articles of Confederation was that the national government had no power to impose taxes. 🤑 This was primarily because of the fear of all the taxes that the British Monarchy imposed on the colonies and the idea of “no taxation without representation”.

Because of this, the Articles only elected power to the states to levy taxes. Consequently, the national government had to request money from the states which proved ineffective.

The primary weakness of the Articles was that it did not give enough power to the federal government.

Some other powers that the Articles limited were not giving the federal government the powers to draft troops, control interstate trade, no Supreme Court, no national currency, and no control over import or export taxes.