Post-Traumatic Stress Disorder (PTSD) is a key example of trauma-rooted anxiety disorder.
Individuals with PTSD may have triggers that provoke anxiety or flashbacks from a traumatic event in the past. Intrusive thoughts and emotions stemming from these previous events may be present, causing a disruption in daily functioning.
Usually those that are survivors of accidents, assaults, and war experience extreme PTSD and cannot overcome their past traumas. The greater their trauma, the higher the risk for PTSD. 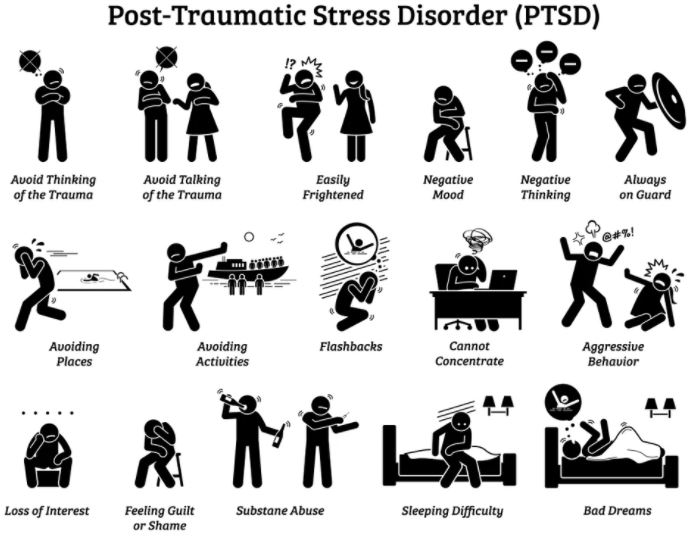 Image Courtesy of The Blackberry Center.

Just like there are critics for ADHD, critics of PTSD believe that it is overdiagnosed and say that there is no true definition of "trauma" by claiming it's too vague of a term. However, traumatic events affect everyone differently.
Those that don't develop PTSD experience survivor resiliency and "what doesn't kill you makes you stronger" is a true term 💪 Usually after a traumatic event, people bounce back and experience a stronger self. This is called posttraumatic growth (positive changes after a hard time or life crisis).

Derived from the previously mentioned somatogenic etiology, Somatic Symptom Disorder is when a person is fixated on physical symptoms to the point where their emotional health is affected. Reactions to physical pain may be disruptive to daily functioning and exaggerated.
Examples include vomiting, dizziness, and blurred vision, and all of these would lead to severe pain.

Conversion disorder, or functional neurological symptom disorder, is where a person experiences physical symptoms for no reason. A person may lose function somewhere and it makes no physiological sense.
A few examples of this are unexplained paralysis and blindness.

Illness anxiety disorder, or hypochondriasis, is where someone interprets their regular physical symptoms as a sign of disease. This is where the term "hypochondriac" comes from. 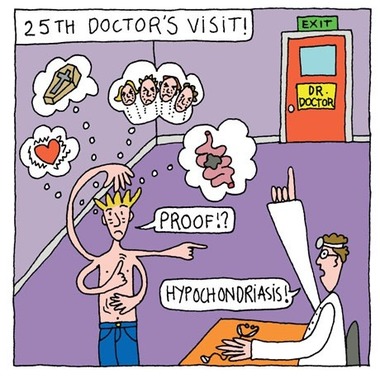 A dissociative disorder is defined as a disruption causing inconsistencies in consciousness. A person may have memory loss or a complete change in identity.
The most common dissociative disorder is psychogenic amnesia, which has no physiological cause. Information is most commonly erased after a traumatic or stressful event related to a time, place, or person is endured.
Dissociative fugue is similar to psychogenic amnesia, except that individuals are in a completely unfamiliar environment with no recollection. Theories attribute this to psychological stress. An example of this is a veteran disappearing and then appearing somewhere new and having no memory of anything.

The most controversial dissociative disorder is Dissociative Identity Disorder (DID), formerly known as Multiple Personality Disorder (MPD). Most commonly rooted in trauma, alternate personalities are used to cope when the stress and/or pain is too intense. It is very rare and those with DID have two, completely different personalities.
A man named Nicholas Spanos conducted studies investigating DID and what it really is. Since DID patients were easily hypnotizable, it raised questions about the hypnotic state.
Other researchers found that in one personality, DID patients would have better vision or more activity in certain parts of their brain.
Generally, psychologists agree that DID is a way to deal with anxiety, but no one really knows much about it. 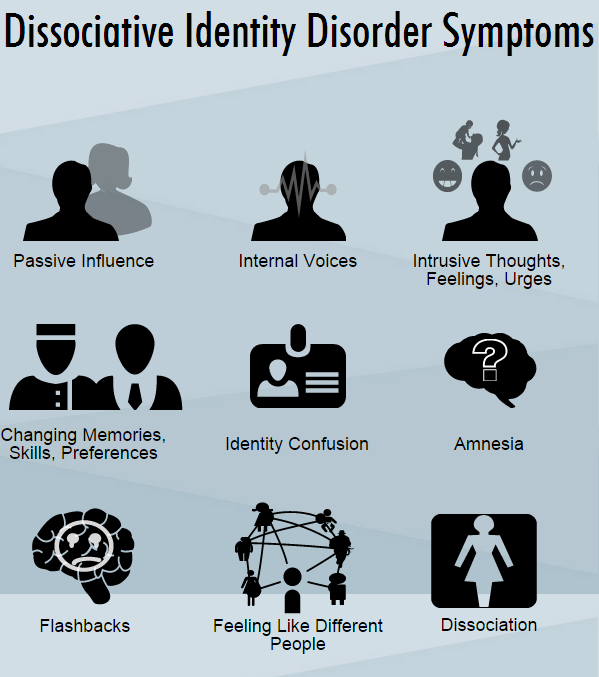