8.8 Psychological Perspectives and Treatment of Disorders

As covered briefly in previous units, psychology can be approached from many different perspectives. Each perspective has unique methodologies to treat psychological disorders by targeting different areas.
There are generally three different types of therapies though:

The basis of behavioral psychology is identifying learned behaviors and using conditioning and or reinforcement for corrections. The past may be referenced in attempts to discover when the harmful behaviors were learned.
Behavior therapy uses counter conditioning, which is basically using classical conditioning to create new conditioned responses over the ones we are trying to get rid of. 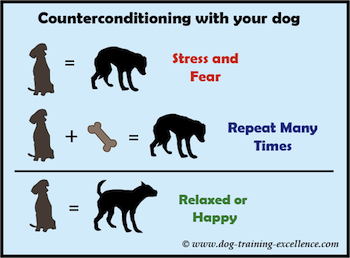 Using this idea, Mary Jones introduced exposure therapy and, specifically, systematic desensitization. Systematic desensitization includes pairing a stimulus of fear with relaxation techniques and conditioning the subject to associate this stimulus with relaxation rather than fear.
Systematic Desensitization uses hierarchies. An example would be if you were afraid of bees 🐝 First, the therapist would figure out what is so frightening about them. Then, she or he would begin showing pictures of bees and asking the client to relax 🖼️ Doing this over and over again, the client will start to feel relaxed when viewing pictures of bees.
Once that happens, the client may be asked to imagine an anxiety-arousing scene with bees involved. If there is anxiety still felt, they would go back to the relaxation technique until the client was completely relaxed. The hierarchy approach 🔺slowly allows the client to get used to their phobia and overcome it. 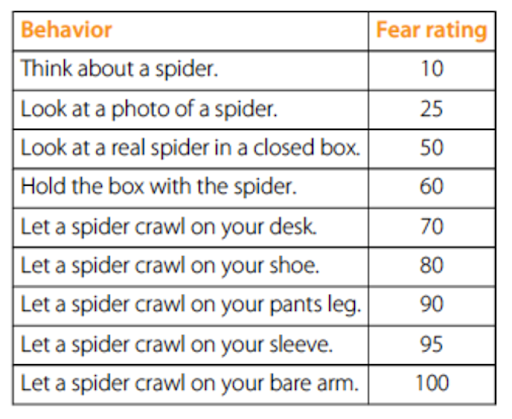 When an anxiety is too difficult to recreate with systematic desensitization, therapists would use virtual reality exposure therapy, which is exactly what it sounds like 🥽 Kinda cool right?

Using behavior modification, therapists encourage wanted behaviors with reinforcement and discourage negative behaviors. Some use a token economy, where clients earn a "token" for doing a desired behavior, and as the tokens accumulate, the client can exchange them for a reward💰 Whether or not this is ethical is debated, but behavior modification doesn't usually help with extreme psychological disorders.

Unlike behavioral psychology, cognitive psychology places emphasis on current thoughts, behaviors, and other parts of cognition. Cognitive therapists believe that thinking "colors" our feelings so we must think differently and then our feelings will be normalized and positive 🙃
Therapy may consist of working through problems in both real and hypothetical situations to develop problem-solving skills. An example of cognitive therapy is Rational-Emotive Behavior Therapy (REBT), which challenges people to think otherwise and enable healthier behaviors. Think of REBT as reserving irrational beliefs. 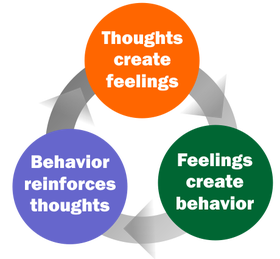 Humanistic psychology provides more individualism in treatment planning than other approaches. This non-deterministic approach popularized by Carl Rogers states that humans are innately good and capable of change. Client-centered talk therapy is the primary treatment method.
Carl Rogers tries to grow the self-awareness of his patients, which in turn, grows self-acceptance 🌠 Rather than focusing on one's disorder and curing it, he focuses on helping them reach self-actualization. Unlike Freud and his psychodynamic theory, Rogers focuses on the present and the future.
Client-centered talk therapy focuses on promoting active listening in an accepting, genuine, and empathic environment. Don't forget unconditional positive regard!
Active listening is where Rogers would simply listen, repeat, restate, and clarify what the patient said. This makes it so they don't change the client's thoughts or perspectives on anything.
Remember: Rogers paraphrased, confirmed, and allowed for reflection on the client's thoughts. The more they spoke about and clarified their feelings, the more the disorder slowly disappeared.

According to psychodynamic psychology, behavior is influenced by unconscious motives through the id, superego, and ego. Freud believed that these unconscious, uncontrollable urges and motivations lead to disorders and irrational thinking. A person’s childhood may be analyzed to determine the root of current problems. This approach is one of the most important ones to know for the AP exam.
He focused on four main things:
Insight → Resistance? → Interpretation → Transference

Psychodynamic psychologists focus on fast therapy and providing immediate relief through understanding feelings and learning about yourself. Rather than thinking about the past, they focus on current relationships.

Cognitive-behavioral therapy is one of the most widely practiced therapies and most successful. It aims to change the way someone thinks and acts (hence its name).
Those that undergo CBT learn that their negative thoughts are irrational and begin to replace it with a positive way of thinking. CBT works with anxiety disorders, mood disorders, and anorexia. 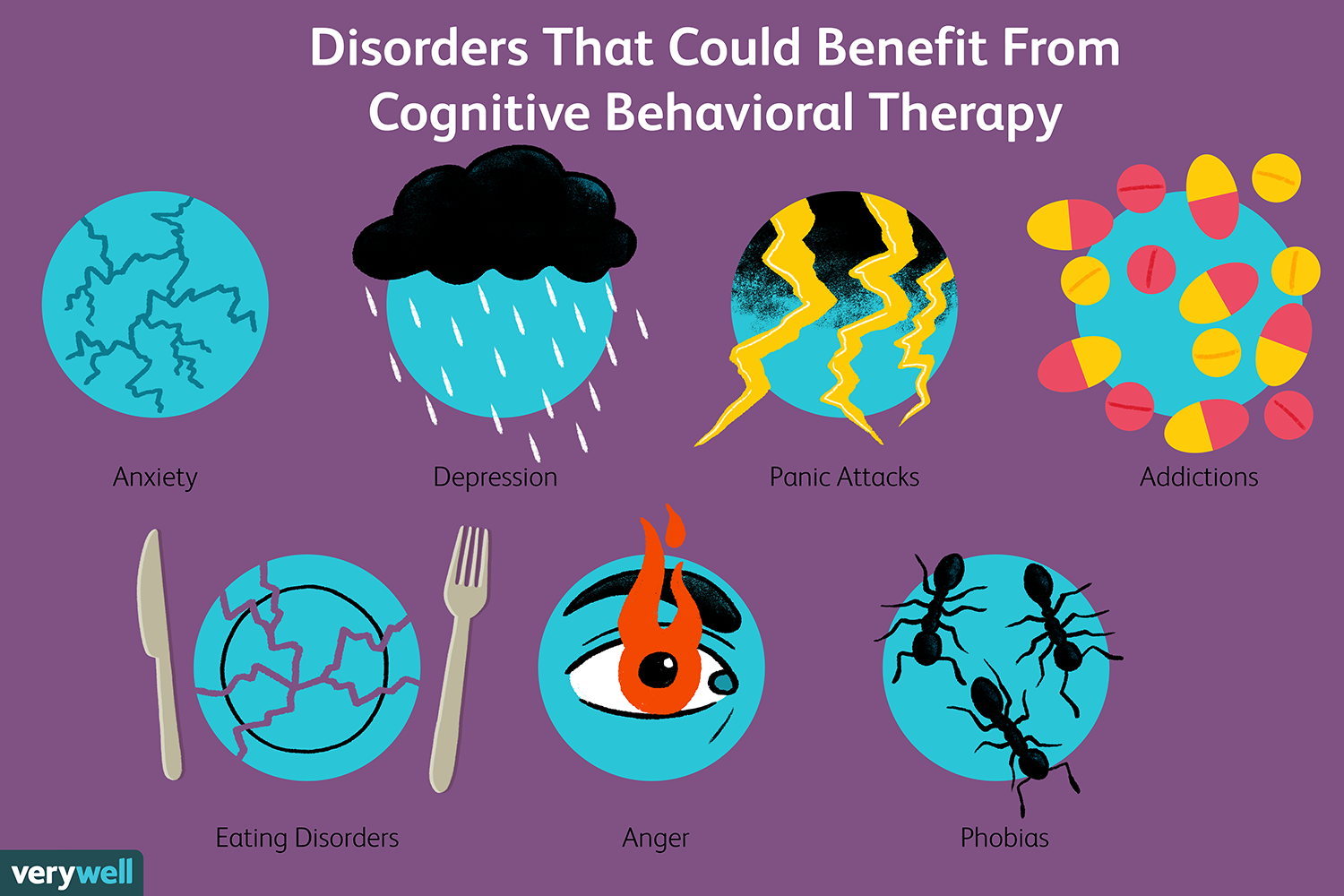 Rather than thinking negatively and extending their depression, people with mood disorders begin to replace their thinking and redirect their energy in ways that reward them and make them feel good.

Sociocultural psychology contextualizes personal development within societal expectations and norms. The psychology of an individual is heavily shaped by those factors, as well as interactions between other people and cultures.

Effectiveness of Approaches by Disorder

Treatment success is not only affected by the disorder and type of treatment, but also by many other variables. Cultural stigma of mental illness, socioeconomic status, life outlook, environment, and demographic information are all capable of impacting this.