In order to properly diagnose a patient in a formal setting, clinical psychiatrists and psychologists use defined guidelines and symptom lists from the Diagnostic and Statistical Manual of Mental Disorders Edition 5 (DSM-5 ) 📖All conditions in the DSM-5 are recognized by the American Psychological Association (APA). The DSM was revised to the 5th edition in 2013.
DSM Edition by Year Published 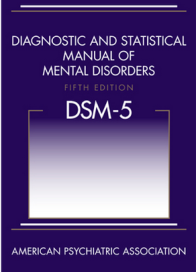 Even though the DSM-5 provides descriptions for every disorder, a variety of treatments, and is very reliable and valid, it can sometimes be hard to diagnose somebody because symptoms may become too similar.

Something becomes a disorder once it interferes with one's daily life and schedule. A psychological disorder impacts one's cognition, emotion, or behavior, and these behaviors are maladaptive. This means that they disrupt your everyday life rather than help your everyday life (which adaptive behaviors do).
The DSM-5 classifies disorders by categories:

The root of psychiatric conditions based on perception has drastically changed through history, going through three etiologies: supernatural, somatogenic, and psychogenic. In some cases, multiple etiologies were used at the same time.

In both courtrooms and clinical psychology/psychiatry offices, legalities exist in order to protect the patient 🛡️
Confidentiality laws 🙊 protect a patient from potential discrimination or other negative implications by protecting almost all information presented during a psychological health session. In the United States, patient confidentiality can be broken to authorities and health workers if a patient is seen as a danger to themselves or others.
In a court of law ⚖️, mentally ill patients in certain circumstances can plead legally insane, which is a claim that the defendant performed the action, but cannot be held responsible as a result of a psychiatric episode. This situation is called an insanity plea or insanity defense.