6.1 The Lifespan and Physical Development in Childhood

Conception occurs the second when a sperm fertilizes a egg. The egg envelopes the sperm and the process of development begins. Women are born with the eggs they will ever have. Men, on the other hand, begin producing sperm at puberty and are constantly regenerating new sperm rapidly throughout their adult lives.

A fertilized egg is referred to as a zygote. Becoming a zygote in and of itself is hard work: fewer than half of all fertilized eggs make it past two weeks (Congratulations! If you are reading this, that means you made it!). In this stage, cells begin to divide and multiply rapidly.
Eventually, the cells begin to differentiate and are assigned special purposes. Some cells go on to form the brain🧠, others will form the heart ❤️ and other vital organs, and so on.
After about ten days, the zygote will attach to the mother’s uterine wall. The outer cells become the placenta, which will nourish the unborn child with food 🍕 and oxygen 💨 over the next nine months. The inner cells become the embryo, which is the developing human organism.
After about nine weeks, the embryo looks unmistakably human. At this stage, it is considered a fetus until the time of birth. The development of the fetus into a human being is fascinating and it's clear that, even in these early stages, the prenatal environment affects the growing child. 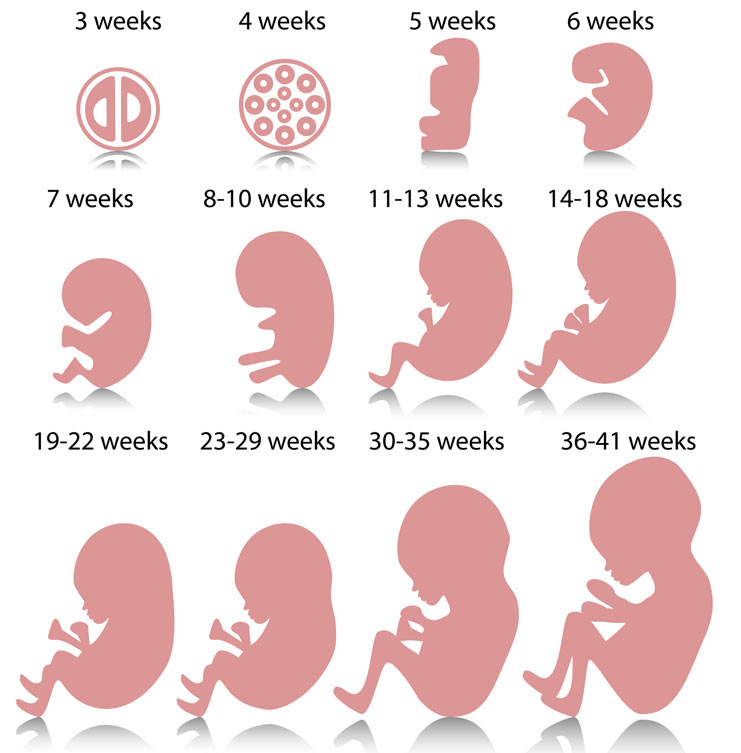 Psychologists know that fetuses can hear and become accustomed to their mother’s muffled voice 🔊 and, after birth, will prefer the sound of their mother’s voice (and even her native language) over the voices of males or other women. Research even suggests that infants cry with an accent!
The fetus is also affected by anything and everything the mother consumes in her pregnancy. A healthy and well-nourished mother is likely to produce a healthy and well-nourished newborn.
On the other hand, harmful substances known as teratogens 👾 can negatively impact the development of the fetus. Teratogens are any agent that can reach the fetus and cause it harm. In most cases, these are viruses and drugs. One of the most well-documented effects of teratogens can be seen through the effects of alcohol.
If a mother drinks heavily during her pregnancy, the infant may be born with fetal alcohol syndrome (FAS). Fetal alcohol syndrome illustrates how teratogens can impact physical development (children with FAS have very distinct facial features) and social-cognitive development (children with FAS are more likely to have cognitive impairments or behavioral issues as they grow).
When the baby is born, the lifespan begins. Competent newborns are capable of much more than crying, feeding, and pooping. Psychologists have studied the attention span of newborns in great depth and their research suggests that infants are hyper-aware of their environments.

Infants will pay attention to any novel stimulus—rapidly taking in information about the world around them. Eventually, they will habituate (become familiar) to new stimuli. Their responses to familiar stimuli will decrease over time and their interest will wane once they have become familiar with a given stimulus.
Research suggests that, even in infancy, the human mind is set up to form social bonds 🗣️ and seek social interaction. Infants appear to be far more interested in human voices and faces than they are inanimate objects. They will turn their head in the direction of voices and will stare longer at human faces or face-like images.
Infants also show a series of fascinating reflexes as well. Some of the reflexes, such as rooting (turning their head toward a touch on their cheek), sucking, swallowing, and breathing have very clear purposes for the infant’s survival.
Other reflexes, such as the Babinski reflex (an infant's reflexive curling of the foot when the sole of the foot is stroked) and the Moro reflex (the infant’s natural startle response) seem to be evolutionary holdovers. 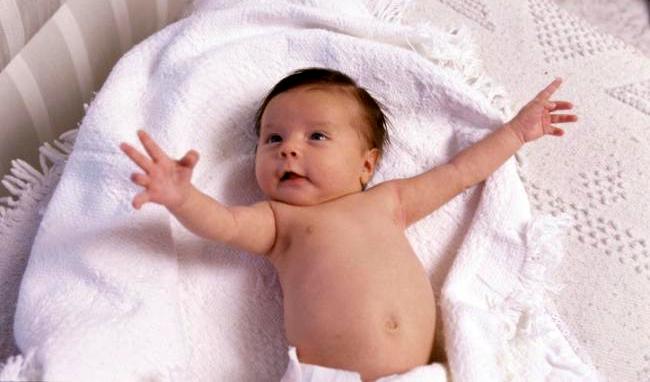 The Moro Reflex; Image Courtesy of the You are Mom.

Most of these reflexes disappear as the infant develops. In fact, the presence and eventual disappearance of these reflexes are used as an indication of healthy neurological development.
Throughout their development, children grow from newborns into toddlers, from toddlers into childhood, and from childhood into teenage adolescence. This development is linked to maturation, which refers to the orderly physical and cognitive development of the child.

The infant brain begins to develop in the mother’s womb and brain development 🧠 continues into adolescence. Infants are born with most of their brain cells intact, but the crucial elements of development and learning rely on the formation of neural networks—the connections these brain cells make to one another.
The human brain develops from the brainstem forwards. If you remember the unit on biology, this makes a world of sense. Reflexive and life-sustaining brain functions develop in the womb, but higher-level processing (that of the cerebrum and forebrain) takes more time.
Association areas linked to memory, cognition, and thinking are the last to fully develop. The process of pruning fine-tunes the brain as neural networks that are frequently used are strengthened, while those that are unused tend to shut down ⛔️ over time.
This neural development fosters physical development. Infants eventually develop muscle control and as the nervous system matures, skills emerge. Interestingly, motor development tends to be fairly universal. Healthy babies will learn to roll over, sit, crawl, and eventually walk at roughly the same ages, regardless of cultural influence.
Memories seem to develop at around 3 years of age—people can seldom remember events before that point. This lack of memory is often referred to as infantile amnesia.  Conscious memory (or explicit memory) appears to develop at around 4 years of age, even though the brain begins processing and storing new information long before then. Babies are undoubtedly capable of learning (a process incumbent upon memory) even though they may not consciously recall these experiences.
🎥Watch: AP Psychology - Development: Early Maturation and Growth