Intelligence can be defined in many ways. It mostly refers to the ability to learn and the capacity for knowledge. There are so many things that make up your intelligence and it really varies based on your environment and culture 💭 🏠 🌍
For example, who is more intelligent to you: someone with street smarts or someone with book smarts?
Also, intelligence varies based on what type of culture exists in your environment (individualistic culture or collectivist culture). Individualistic cultures value being on your own and gathering resources for yourself, while collectivist cultures value group efforts and contributing to the group as a whole.
This shows that there are millions of ways to measure intelligence. You know what this means: lots of different theories.

Charles Spearman believed we all have 1️⃣ general intelligence, called a "g" factor. G underlies specific mental abilities that can be measured on an intelligence test.

Spearman used factor analysis, which is a statistical procedure identifying clusters of items that could measure your intelligence. Spearman found that if you have a high intelligence in one of the subjects, you have an overall high general intelligence 🧠

Other psychologists, such as Thurstone, thought that intelligence could be broken up into different categories. He split intelligence into seven clusters of mental abilities:
Like Spearman, he believed that someone who succeeds in one category can also find success in the other 6 categories. Therefore, there is still the idea of a g factor lying around.

Gardner is a little more well known for his eight intelligences. Therefore, he also views intelligence as multiple abilities.
Here is a quick visual that really sums his theory up: 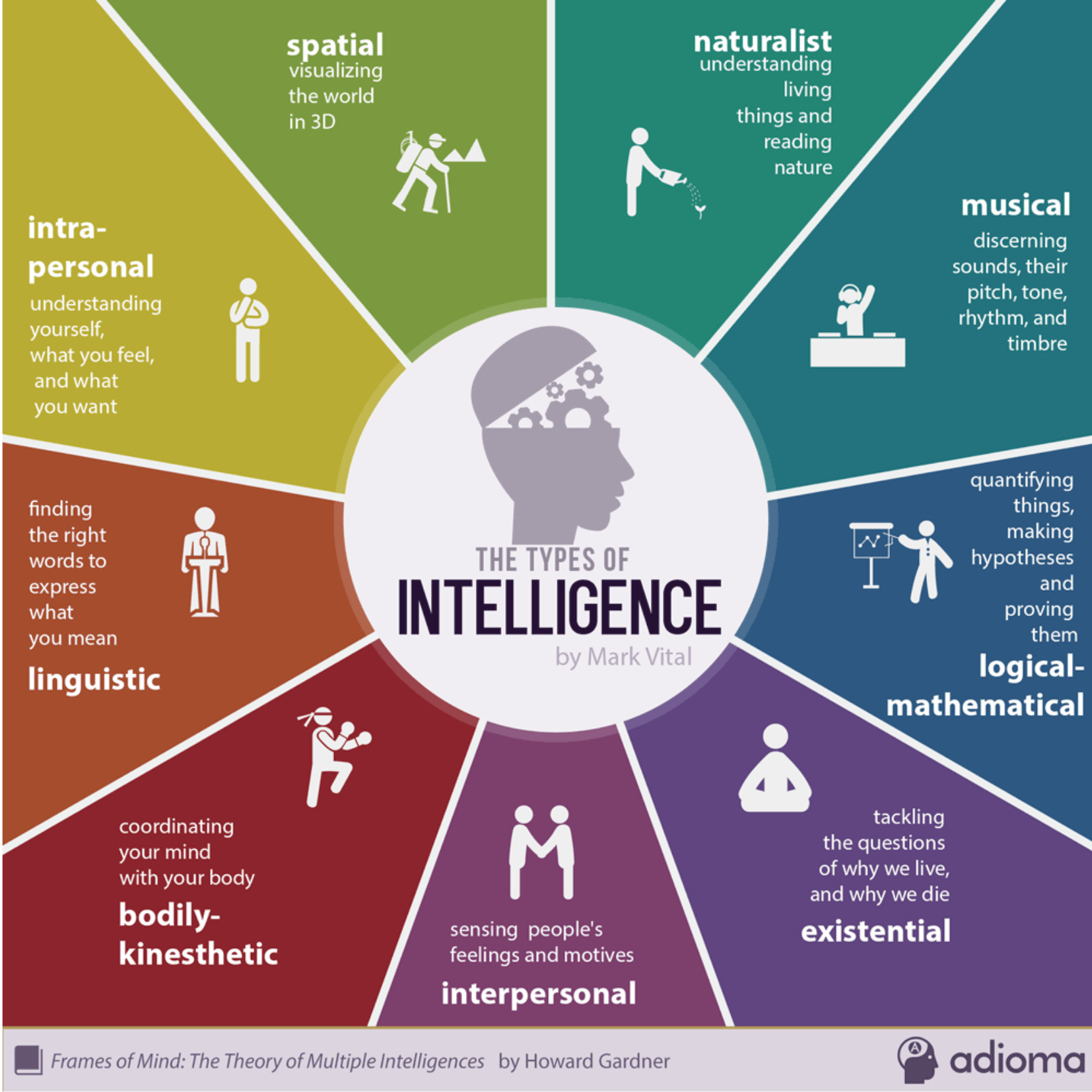 Daniel Goleman came up with his own idea of emotional intelligence, which has 4 components to it. It's under Gardner because it somewhat goes with interpersonal and intrapersonal intelligence.
Emotional Intelligence is the ability to:
Emotional intelligence really goes hand in hand with social intelligence, and being able to be socially aware, have ongoing conversations, and delay gratification. Emotionally intelligent people also have a higher chance of achieving success and getting married (since they could emphasize with others).

Sternberg agreed with Gardner's idea of having multiple intelligences and came up with a triarchic theory: 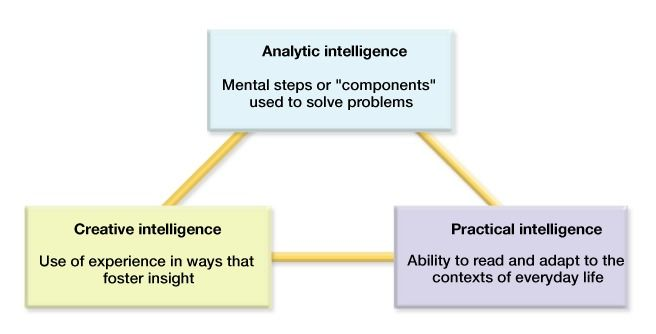 Fluid intelligence is the ability to solve problems logically and think in abstract ways. This also comes with thinking quickly and processing a lot of information at once.

Here is a summary of all of these theories: 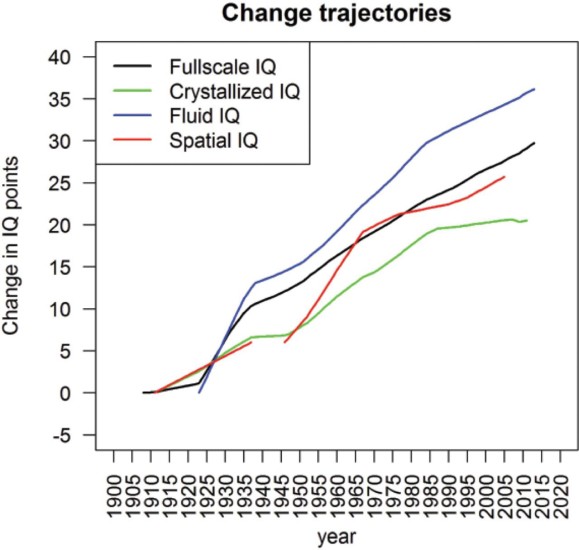 Image Courtesy of Our World in Data.