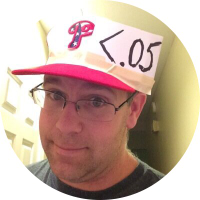 According to the College Board, "Some psychologists focus their study on how humans and other animals learn 📚 and how some experiences can lead to changes in behavior and mental processes. Because the process of learning requires both physiological and psychological processes to work together 🧠, the two preceding units provide the foundation for this unit.

While learning is often associated with memory, it refers to the learning or acquisition of behaviors in the AP psychology curriculum. Generally, the unit is broken into three different types of learning: classical conditioning, operant conditioning, and observational learning.

Psychologist known for his Bobo doll experiment 🤡 In this study, children watched a film of an adult beating on an inflatable Bobo doll. Later on, when put into a room that contains various toys including the Bobo doll, children were more likely to model or imitate the aggressive behaviors they earlier observed, compared to a control group of children who did not view the film.

Russian scientist known for his work with the reflexive responses of dogs 🐕 His research laid the groundwork for classical conditioning.

Research focused on the contingency model of conditioning. His research showed that not all stimulus-response pairings result in conditioning. They are largely dependent upon the cognitive interpretation as to whether the pairing is logical.

For example, if a researcher tries to condition a person to salivate to the sound of the tone 🎶, but the participant believes that it was a piece of clothing 👕 the experimenter was wearing that produced the response, and the participant may show conditioning to the shirt 👕and not the tone 🎶

Known for latent learning. His work with rat mazes 🐀 revealed that rats were learning how to go through the maze even though it was not immediately apparent. When rats went through numerous trials through the maze without reward for finishing the maze, they did not demonstrate any improvement in time.

However, when they received the reward, their next trial showed a marked decrease in time, indicating that they had a mental representation or cognitive map of the maze. This showed that cognitive processes were present in spite of the stark behaviorist claim that thoughts were unobservable 👀

Early 20th-century behaviorist who showed that fear responses can be learned. Watson worked with a young infant known as little Albert who was conditioned to fear a rat. Watson also demonstrated stimulus generalization with Albert, who not only demonstrated fear of the rat but all things that were furry.

Garcia showed that there are biological constraints to conditioning. For example, internal body processes such as nausea 🤢are more readily conditioned to stimuli that are experienced internally, such as taste, which happens in the body, specifically in the mouth.

External bodily experiences, such as the sense of pain, are more readily conditioned with external stimuli, such as a tone or light, which manifest outside of the body. This is sometimes referred to as the Garcia Effect. One specific application of this effect is that humans are readily conditioned to the sense of taste, since it is closely associated with our survival.