One unique trait of our brain involves the idea of plasticity. Plasticity is our brain’s ability to reorganize itself after an accident or tragedy OR modify itself in response to experience/a change. Since the brain is constantly forming new pathways, it can sometimes overcome a stroke or damage and regain skills that had been previously lost through this reorganization.
Our brain's ability to change like this helps account for why the blind have really good hearing senses and the deaf have amazing visual perception. Our minds are much smarter than you think.
If you experience major brain damage, our brain cannot regenerate neurons. Every part of the brain has its own function, so what happens if an essential part of your brain is damaged? Well, other parts of the brain actually help and take over the tasks of the damaged neurons. Your brain🧠 can easily adapt towards any change.
Another way that our brain adapts is through the process of neurogenesis. It is the growth and formation of new neurons, which can grow and form new connections. Neurogenesis, in essence, can heal💖 the brain.

Consciousness💭 is our awareness of ourselves and the environment🌳 There are different states of consciousness: spontaneously, physiologically, and psychologically.
Although you are limited to what you see and are aware of, other events can influence your consciousness. Psychoanalyst Sigmund Freud divided human consciousness into three different awareness levels: 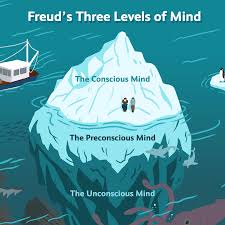 People who study cognitive neuroscience are interested in the biological processes that create our ability to think, particularly through the various neural connections that exist in the brain.
Another interesting aspect that goes into how we think is our brain’s dual processing capabilities. We can only take in and pay attention to a few things at a time, however, that doesn’t mean we have completely missed the information. Oftentimes information is processed via an unconscious track where we may be able to access it later even though we didn’t consciously attend to it.

In key topic 2.5, we went over the three classifications of drugs. Let's quickly go more in depth about the way drugs affect us:

Tolerance is the diminishing effect of a drug when taking the same dose of it. In order to feel the effect a drug user is aching for, they must take a greater dosage.
For example, you may drink 5 ounces of wine🍷 your first time drinking it and you may get drunk. However, as you continue to drink it, you may need to drink even more🍷🍷🍷 to obtain the same effects because your brain and body get used to the drug.

So what happens if someone attempts to stop their drug addiction? Unfortunately, it’s very difficult. Since the body is so used to receiving the drug, it doesn’t know how to do without it. Withdrawal is basically the discomfort and distress that occurs if you stop taking a drug.
If your body was physiologically dependent on the drug, it is used to having this certain chemical within it. When the drug acts as a neurotransmitter for so long, the brain might even stop producing that neurotransmitter. Therefore, your body continues to long for the effects of the drug in order to “operate” and without it, there are consequences.