Interpreting and constructing graphs📈 and calculating simple descriptive statistics….
The measures of central tendency are median, mean, and mode.
Median is the middle score of distribution. Mean is the average of a set of scores. Mode is the most frequently recurring score.
If two scores appear the most frequently, the distribution is bimodal. If three or more scores appear most frequently, the distribution is multimodal.
For example, take this sets of numbers here:
5, 10, 5, 7, 12, 15, 18
The median is the middle of the data set when the numbers are in order so it is 7.
The mode is 5 because it occurs the most.
The mean is (5 + 10 + 5 + 7 + 12 + 15 + 18)/7 = 10.286 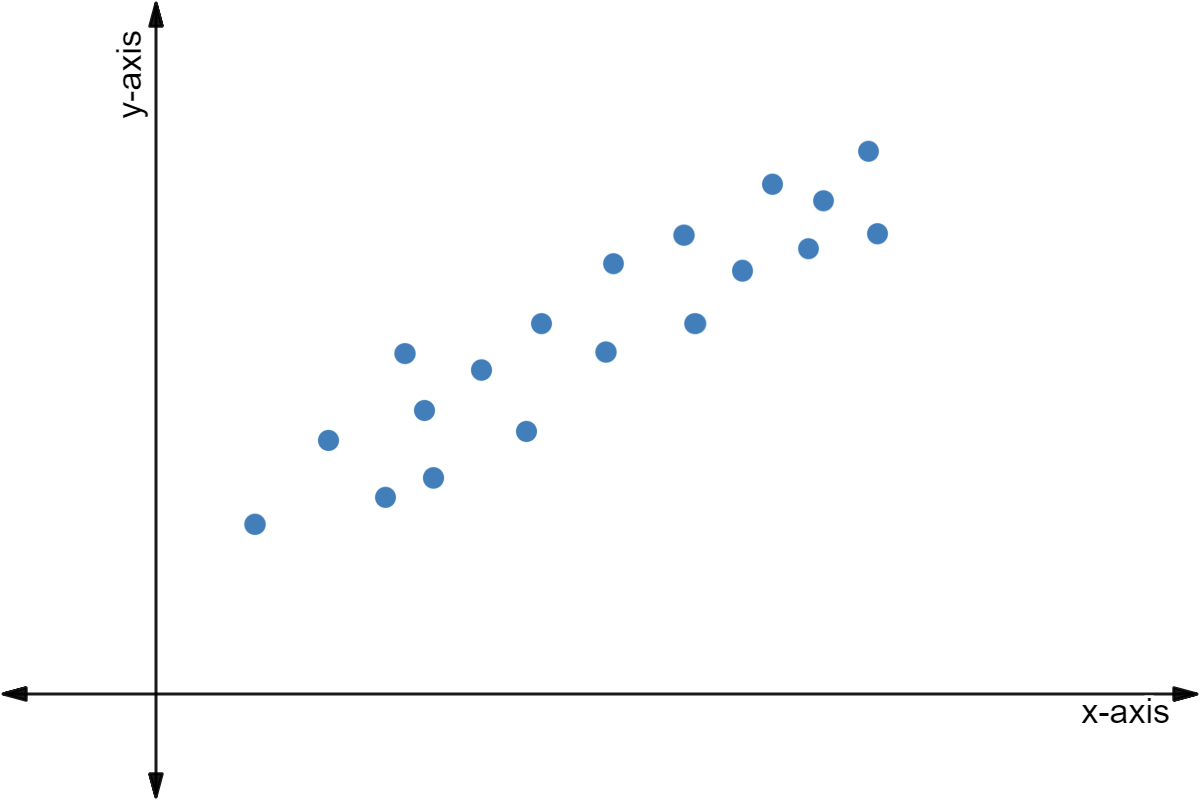 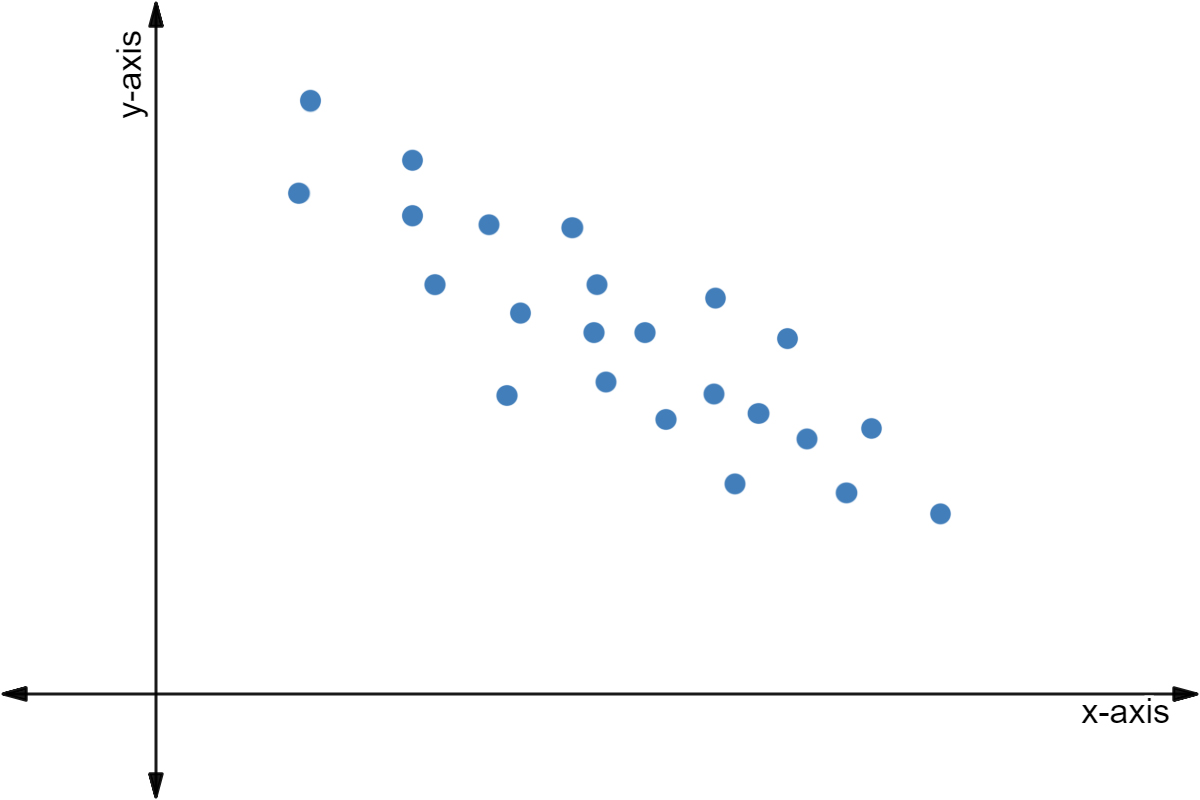 No correlation shows that there is no connection❌ between the two variables. An example of no correlation could be IQ and how many pairs of pants an individual owns. 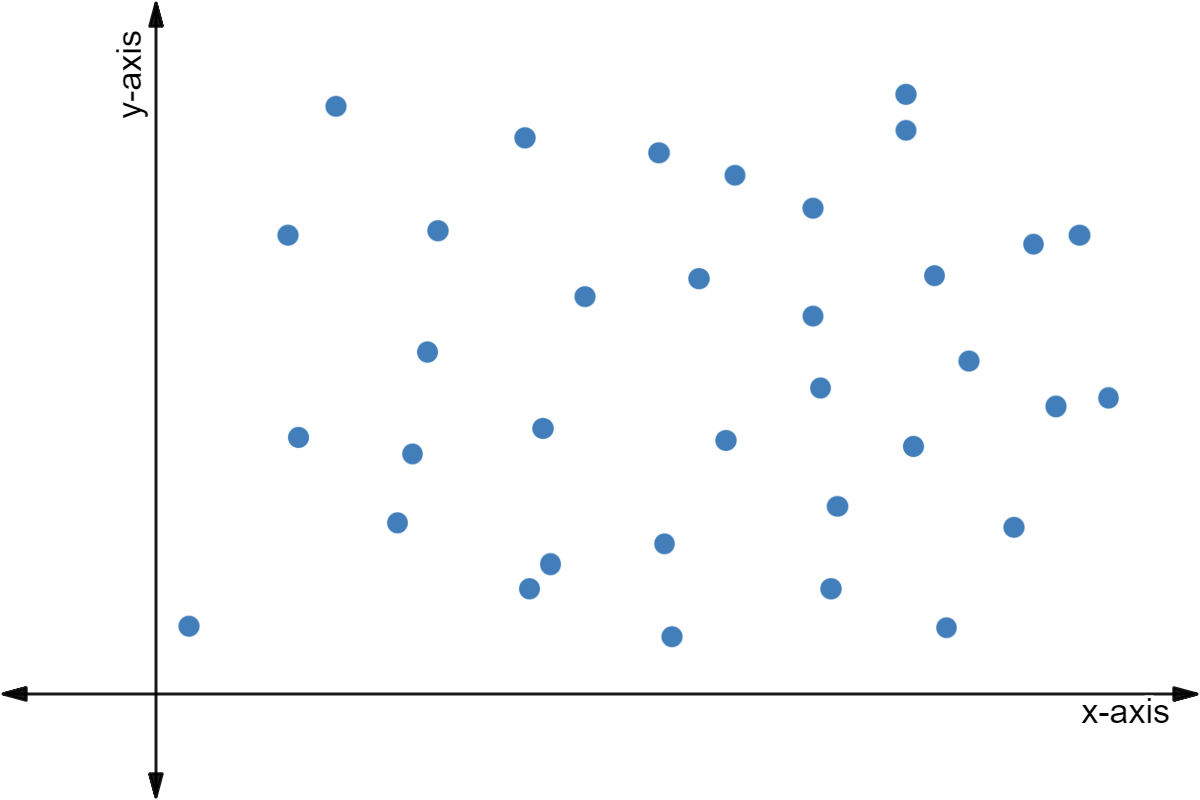 Remember, correlation does not imply causation. You must run an experiment to prove there is causation.

The normal curve, or (b) in the above image, is the only one you have to really be familiar with for this course. There are two important values that you should memorize: 68% and 95%. 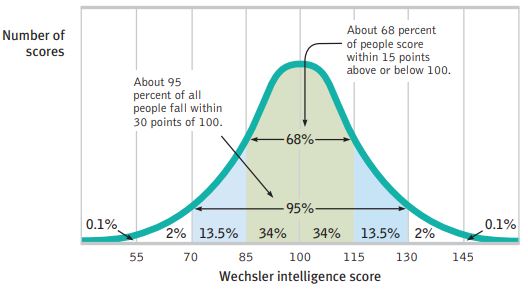 The following question is taken from the College Board website (2017 AP Exam - Part B of #1).
A study was conducted to investigate the role of framing on concern for healthy eating🍏. Each participant (N = 100) was randomly assigned to one of the two conditions. In the first condition, the participants read an article indicating that obesity is a disease🦠. Participants in the second condition read an article indicating that obesity is the result of personal behaviors and decisions.
Participants were asked to indicate how important it would be for them to eat a healthy diet. Scores ranged from 1 (not very important) to 9 (very important). The results are presented in the table below.

Table Courtesy of College Board

The scoring guidelines provide the rubric for this question. You should be able to answer all three parts. If not, just go through this unit’s guides one more time and you’ll nail this FRQ.
🎥Watch: AP Psychology - Statistics in Psychology