Basic Research is performed to learn about something. It is curiosity-driven and used to expand upon knowledge. It doesn't have an immediate objective. An example of basic research would be a study assessing the impacts of caffeine ☕️ consumption on the brain. As you can see from the example, the goal is not to solve a problem it is only to increase knowledge about a particular topic.
Applied Research answers specific questions and is used to solve a problem or do something of practical use. An example of applied research would be trying to find a cure for obsessive-compulsive disorder.

Even though you have probably learned this a million times, here is a quick overview: 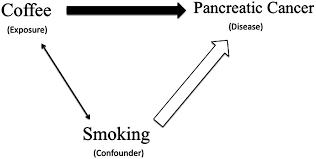 Why do we need a control variable?

Well, then you can prove why something happened without an alternate explanation. You can’t say the type of bed or the difficulty of the test impacted those results if the researcher kept those the same throughout the experiment.

💡Remember: Experiments are the only research that can determine cause and effect.
Also, a researcher must use random assignment to demonstrate cause and effect. Random assignment is when participants are assigned to each experimental group with an equal chance ⚖️ of being chosen. Don't confuse this with a random sample: each individual in the population has an equal chance of participating in an experiment. Random assignment is randomly selecting people to be in an experimental group while random sample is randomly selecting people from the population to be in the experiment as a whole. Both random sampling and random assignment ultimately lead to the most accurate results.
Sampling bias is a result of a flawed sampling process that produces an unrepresentative sample.
Experimenter bias is when researchers influence the results of an experiment to portray a certain outcome. A double-blind procedure is when neither the researcher or the participants know what groups the participants have been assigned to. This helps prevent bias when the researcher is looking over the results.

Researchers and scientists cannot rely on common sense because of three main concepts: