Certain quantities are conserved, in the sense that the changes of those quantities in a given system are always equal to the transfer of that quantity to or from the system by all possible interactions with other systems.

Electric charge is a property of an object or a system that affects its interactions with other objects or systems containing charge.

There are only two kinds of electric charge. Neutral objects or systems contain equal quantities of positive and negative charge, with the exception of some fundamental particles that have no electric charge.

Interactions with Other Objects

Charged objects will attract or repel other objects. These interactions follow a simple rule: Likes Repel, Opposites Attract. If two objects have similar charges (both negative or both positive) they will repel each other. If the objects have opposite charges (one positive and one negative) they will attract each other. A neutral object will always be attracted to a charged object. To explore why this is, check out this PhET simulation.

Note: AP Physics 1 doesn’t cover the idea of electric fields. This is included as a basis for discussing electric force in the next key idea. AP Physics 2 goes into much greater depth with electric and magnetic fields.

Likewise, the test charge will be attracted to a negative object and the field lines will point in. This is useful in visualizing the direction the electrostatic force will be acting in. The images below show some common arrangements, or check out this PhET simulation and create your own. 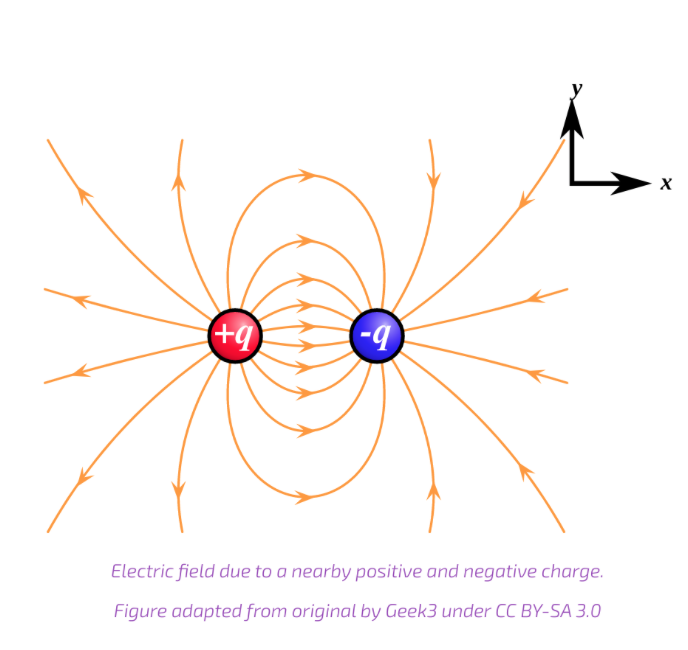