Now when we discuss the idea of state-building, it’s important to understand that the cause for this sudden change would be this surge for Monarchical Sovereignty, thus furthering the rise of Absolutist rulers such as King Louis XIV, and Peter The Great.  Contextually speaking, Absolutism emerged at a dicey point in European History. New Monarchs of the 16th and 17th Centuries had consolidated their power through various means. 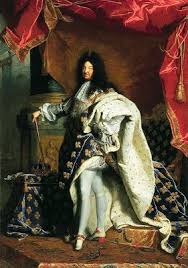 Most Importantly, many of these leaders wouldn't have come into sovereign power if it weren't for Jacques Bousset, who came up with the Divine Right of Kings. This document asserted that the ruler should have political and religious authority above anything else.
1648 also marked the ending of The Thirty Years’ War, which had thrown Europe into a political and religious frenzy. It leads to general uncertainty during peacetime. Much of the chaos brought larger military power in the hands of rulers, which ups their prestige and renown.

Rise of Absolutism and Challenges to Order

Absolutism is defined as a consolidation of sovereign power into a single ruler or monarch. Rulers would create these empires took control of every facet of the state.
There are two figures who were really influential when causing this rise of Absolutism. One of them was Thomas Hobbes, a writer during the English Civil War, known for his work titled “Leviathan”. In this work, he argued that humanity’s original state before governance leads to utter chaos and destruction. By instituting a ruler to oversee the populace, a sense of security and protection emerges.
As mentioned before, the second figure who emerged as a focal point in Absolutism was Jacques Bousset, who’s known for his theory of the Divine Right of Kings (as stated before, believes that the ruler has control over every facet of political and religious life). The King’s Authority trumped anyone below him, and could only answer to God.
A common theme within the Rise of Absolutism would be the challenges that arose when these monarchs desired power. Common issues emerged regarding religion, and conflict with the nobility for power remained a common issue for absolute monarchs.
In terms of religion, the Catholic Church had considerable wealth and power, which would clash with the power and influence of the absolute Monarch. With the rise of monarchs, the king’s overreaching grasp on every asset of the state threatens the church. An interesting example would be through Peter The Great (which will be discussed later in this unit).
Nobility also was seen as a major threat towards the Absolute Monarchs’s rule. Nobility controls a major sector of a European states’ power and distributes them towards other figures. With the monarch taking all the power, it leaves the nobility in a threatened position, fighting for prestige and power in order to keep their family names prevalent. 🎥 Watch: AP European History - Age of Absolutism