Many European countries established colonies and commercial networks which led to a global exchange of goods of animals🐷, plants🥬, diseases🦠, slaves and cultural practices💭. This is called the Columbian Exchange. The expansion of this exchange expanded West Atlantic European powers and their economic opportunities.

Mercantilism, the economic theory that rejects free trade and promotes government regulations of the economy for the purpose of enhancing state power, came about due to the Columbian Exchange. The introduction of horses🐎 and sugar to the New World and tobacco🚬, chocolate🍫, and potatoes🥔 to the Old World also had economic effects. 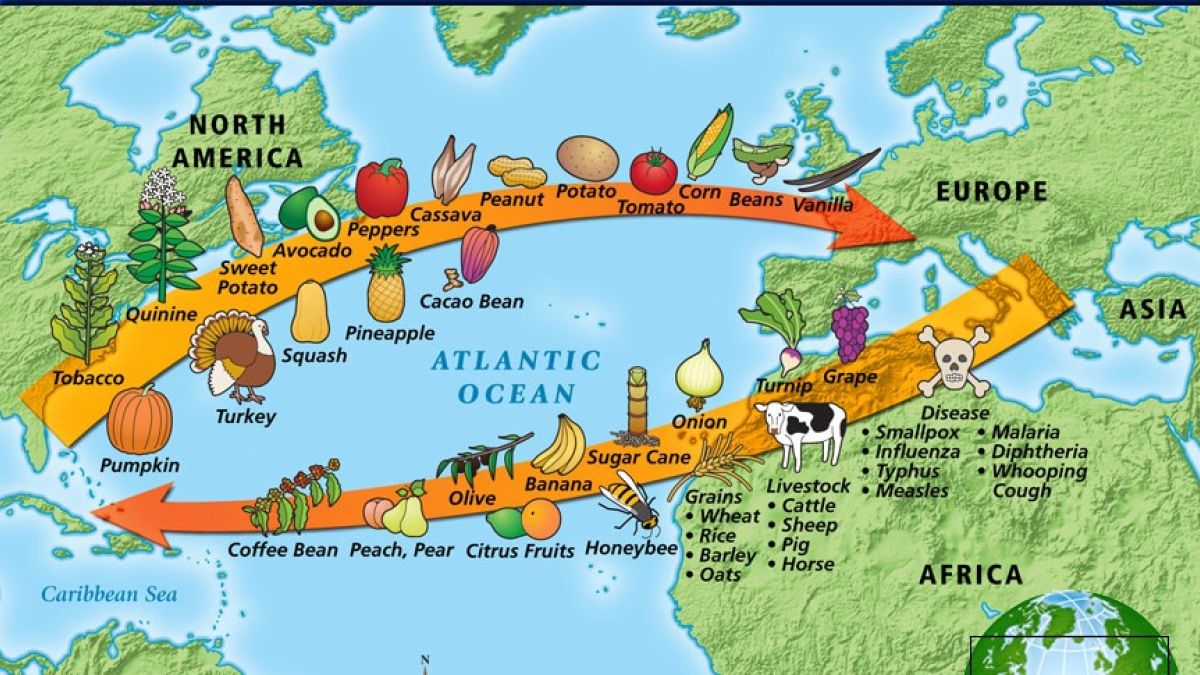 Image Courtesy of The Irish Times

European expansions prompted the Columbian Exchange and food, new diseases, and new cultural practices changed the lives of indigenous civilization. The exchange of diseases was one of the most detrimental to the natives in North and South America. Smallpox, mumps, chickenpox and measles were diseases brought over by European explorers and killed millions of natives. Europeans did get a disease from the natives as well: the sexual transmitted disease of syphilis.

One more major effect of these diseases killing the Native Americans was their decrease in population which ultimately meant the European's labor source for cash crops was gone. In the longer run, this led to the slave trade which brought large numbers of Africans to the Americas after a hard voyage.