3.6 Changes in the AD-AS Model in the Short Run

3.6: Changes in the AD-AS Model in the Short Run

A real-life example of a negative supply shock is the disruptions to the world oil supplies that happen in 1973 and 1979. It was seen as a negative supply shock because it all happened at once when OPEC (Organization of Petroleum Exporting Countries) placed an embargo on oil exports to the United States. This caused a decrease in the supply of oil and caused prices to rise. This also caused a fear that we would not be able to fill up at the gas tank, heat our homes, or run our factories.

Let's look at some various scenarios that would cause short run changes in the AD-AS model. 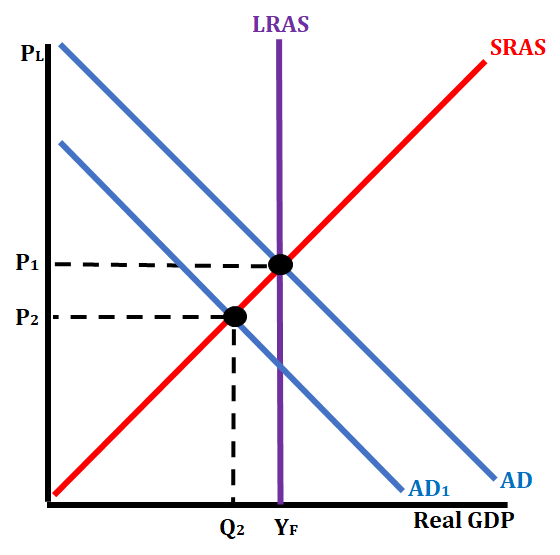 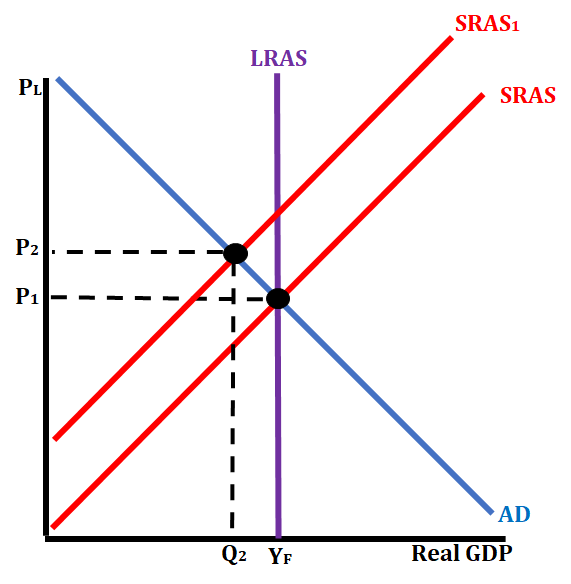 Tariffs are taxes on goods. In this particular scenario, the British government is placing tariffs on inputs (resources) that are coming into the country. That will raise the cost of these inputs (resources), making production costs greater for individual companies. With greater production costs, firms will produce less of their goods. This is shown by a decrease in the SRAS (shift to the left). This causes an increase in price level and a decrease in GDP. 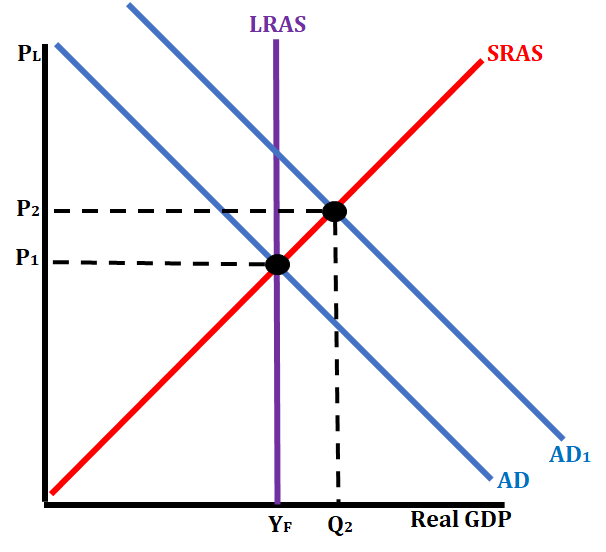 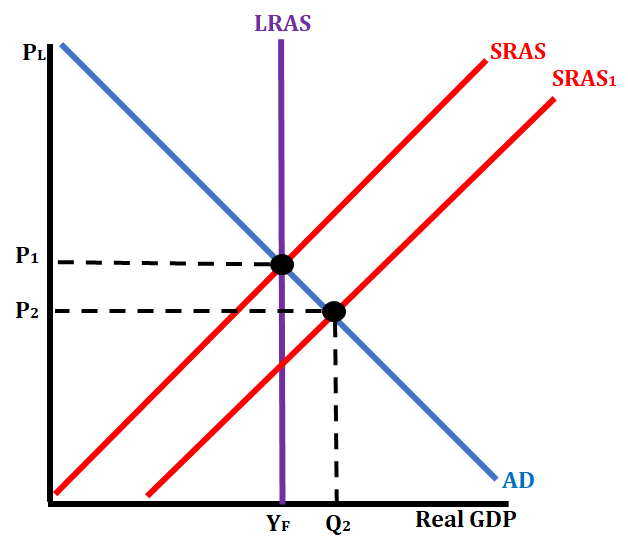 When corporate taxes are decreased, it lowers production costs for firms (businesses). With the lowering of production costs, the firms are able to increase their overall output. This is shown by shifting the SRAS to the right. This increase in the SRAS will cause the overall price level to drop and the real GDP to increase.