Economic expansion—any period of real GDP growth, accompanied by a decrease in the unemployment rate

Economic contraction—any period of real GDP reduction, accompanied by an increase in the unemployment rate.

The growth trend line—represents the natural rate of real GDP growth over time that the economy hopes to maintain. It also represents a natural and healthy rate of inflation over time. At the growth trend line, the economy is experiencing full employment and meeting each of its goals which include promoting economic growth, preventing unemployment, and limiting inflation (keeping prices stable).

Business cycles are fluctuations in aggregate output and employment because of changes in aggregate supply and/or aggregate demand. Prior to March of this year, our country was one of the longest expansions it has experienced in history. Due to the economic effects of the pandemic, we are now experiencing a contraction in our economy. The Great Depression was seen as quite a long contraction in the history of the United States. We typically see expansion take place during the onset of a way as countries mobilize to prepare for this type of conflict. 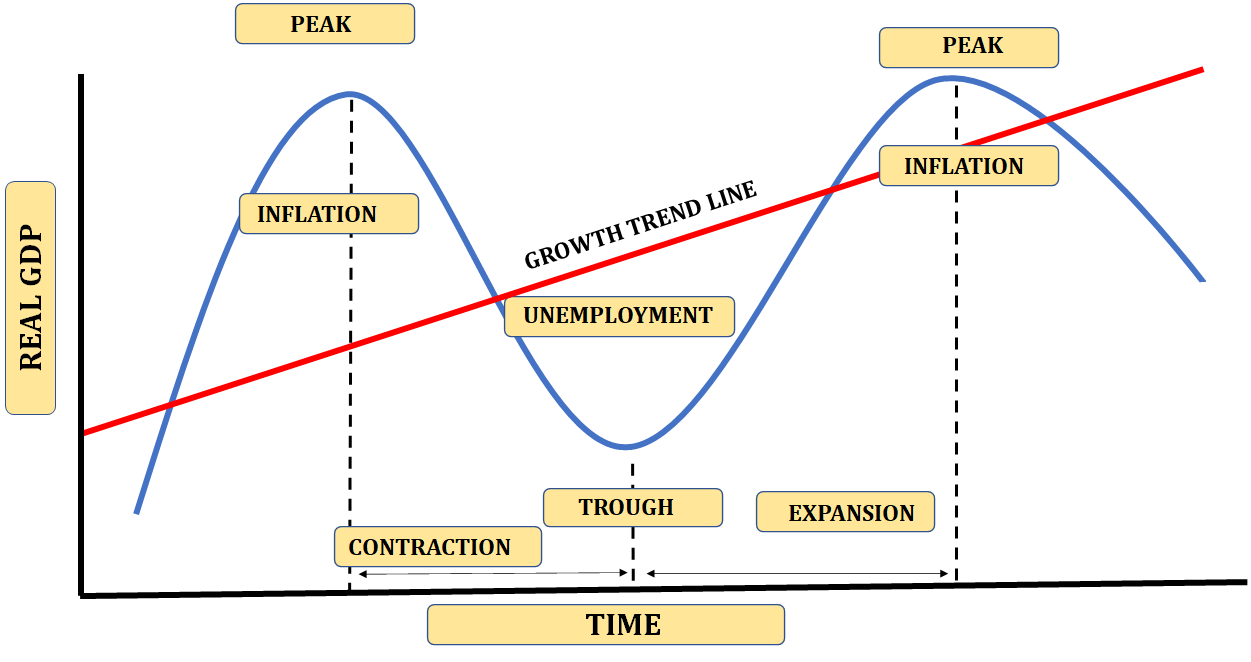