The end of the Aeneid is now in sight 😇! Again, there aren’t specific lines that you are required to translate according to the syllabus, but the book is required reading in English.

As you read these lines within this book, identify references to Roman political 🏛️ and their own ideas along with effects of language usage and stylistic features in order to review Reading and Comprehension and Textual Analysis skills. 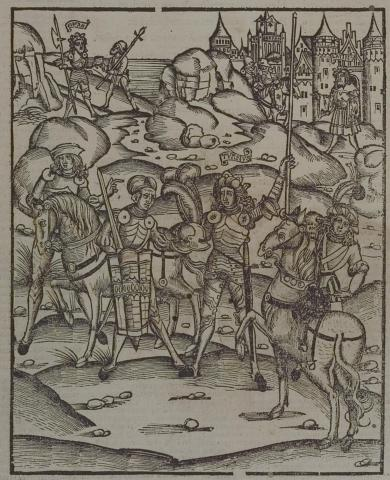 Turnus prepares for the duel between Aeneas as his chariot is readied and becomes armed while Aeneas answers the challenge. Image Courtesy of University of Heidelberg 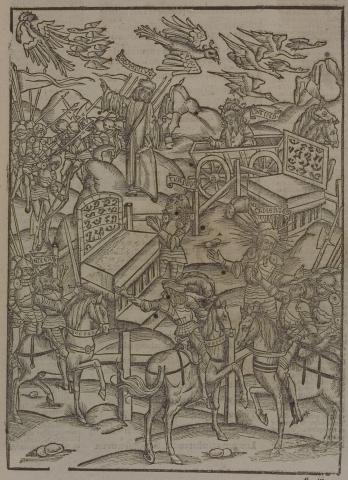 The omen that Toluminius saw flew over at the top of the scene while Juturnus depicted as Camers provokes fighting once again. Image Courtesy of University of Heidelberg 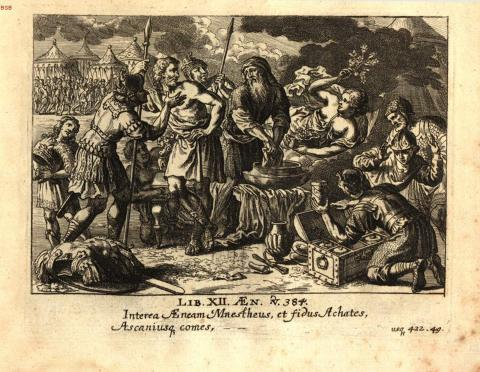 The wounded Aeneas by a spear is being healed by Venus and Iapyx after the goddess provided the herb Dictamnum after Iapyx's failed attempt. Image Courtesy of Munich Digitization Center 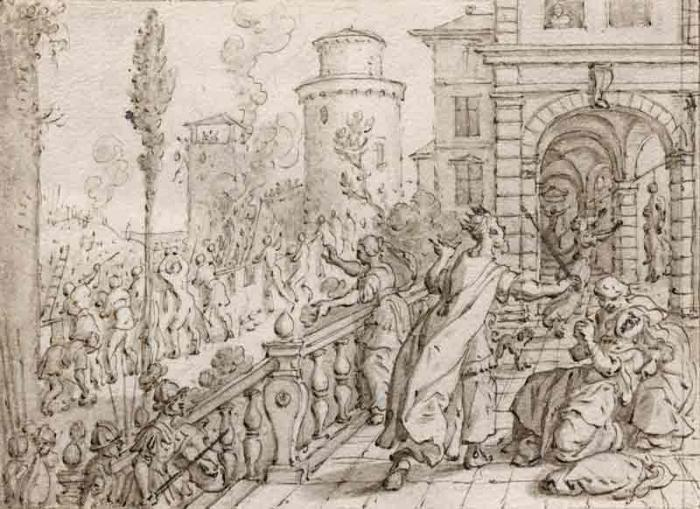 In the back of this portrayal, Queen Amata is the victim of hanging herself as the Trojan army begins besieging Laurentum. Image Courtesy of The Frick Collection 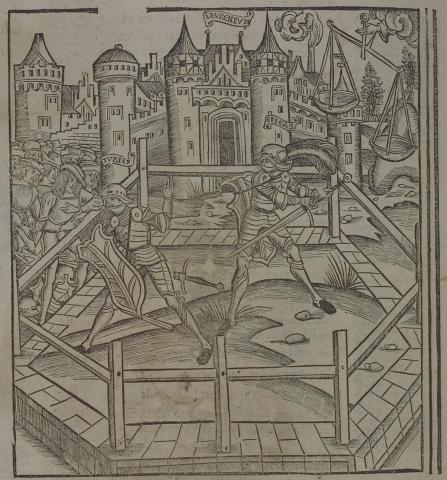 In what would have been more of a battlefield, Turnus begs for a new sword from the Rutulians as Aeneas sees the opportunity and attempts to take advantage of it. Image Courtesy of University of Heidelberg 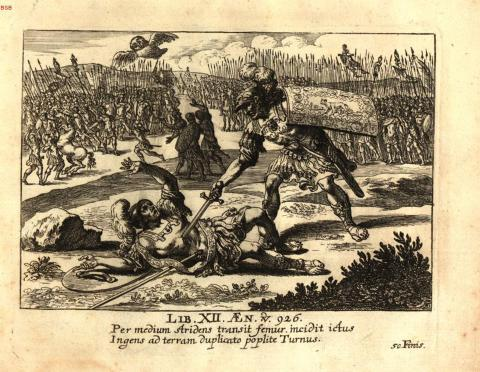 Aeneas stands before the two armies while Turnus being killed wearing the sword-belt of Pallas. Image Courtesy of Munich Digitization Center

Well, that’s all you need to know for unit 8. Congratulations 🥳, you are officially done with AP Latin (oh, whoops . . . forgot about the exam😒)

We now shift our focus: Preparing YOU solely for the AP Latin exam in May. Your hard work is going to pay off, so let’s not stop working hard now!