6.1 The Origin and Influences of Urbanization

Walter Christaller, a German geographer, first developed the Central Place Theory to explain the reasons behind the distribution patterns, size, and number of cities or towns across the globe. This theory serves as the framework for both historical and locational patterns today. It also explains the identification of most profitable locations. 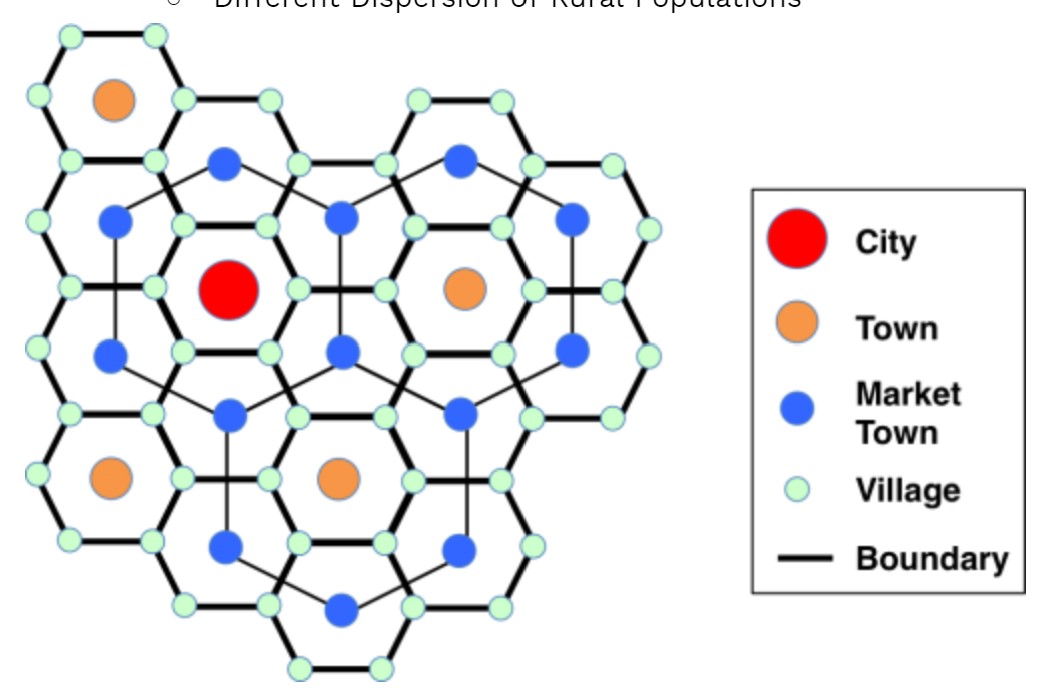