Mixtures are a composition of two or more elements or compounds.

As a review, elements are a single species of an atom and compounds are a combination of elements in varying proportions.

Mixtures are separated into two categories, homogeneous and heterogeneous, however mixtures usually only refer to heterogeneous compositions.

Homogeneous substances are also known as pure substances and are composed of one type of element or compound. For example, salt water🌊 is made up of different "elements" (water + salt) but you can't see ALL of the elements; it all looks like one mixture of just water.

Heterogeneous mixtures are visibly composed of more than one element or compound. A prime example of this is rocky road ice cream; you could see each of the "elements" (chocolate ice cream, nuts, and marshmallows)🍨. 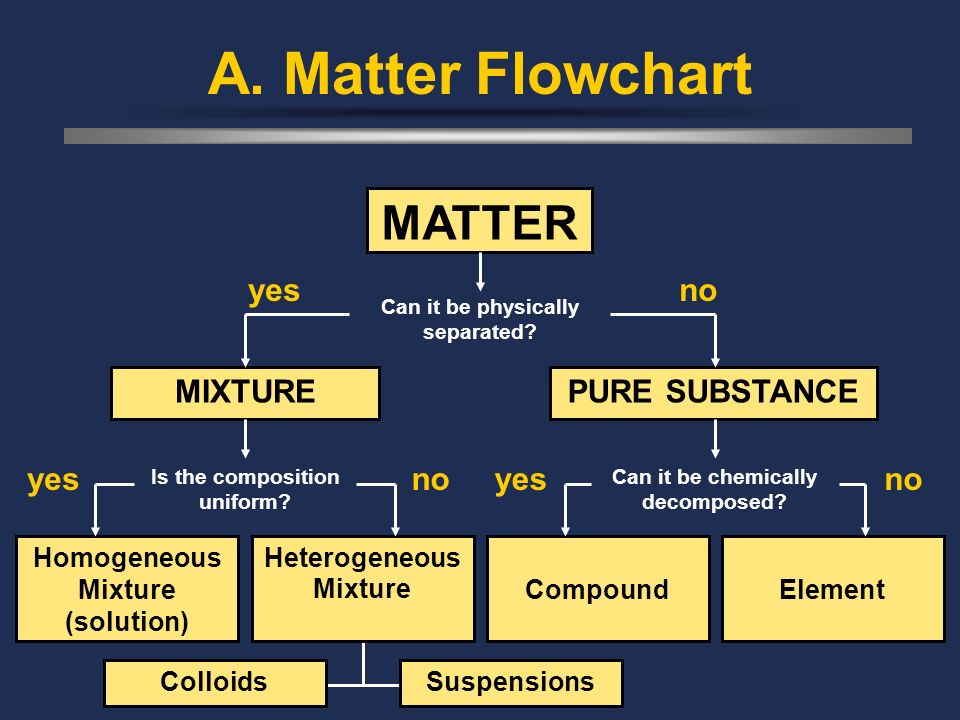 There are several ways to separate mixtures, but the most common ways in chemistry are distillation and filtration.

Distillation separates components in liquid mixtures by evaporating the most volatile substance first, usually the substance with the lowest boiling temperature. The most important thing to know is that it separates based on differences in boiling points. 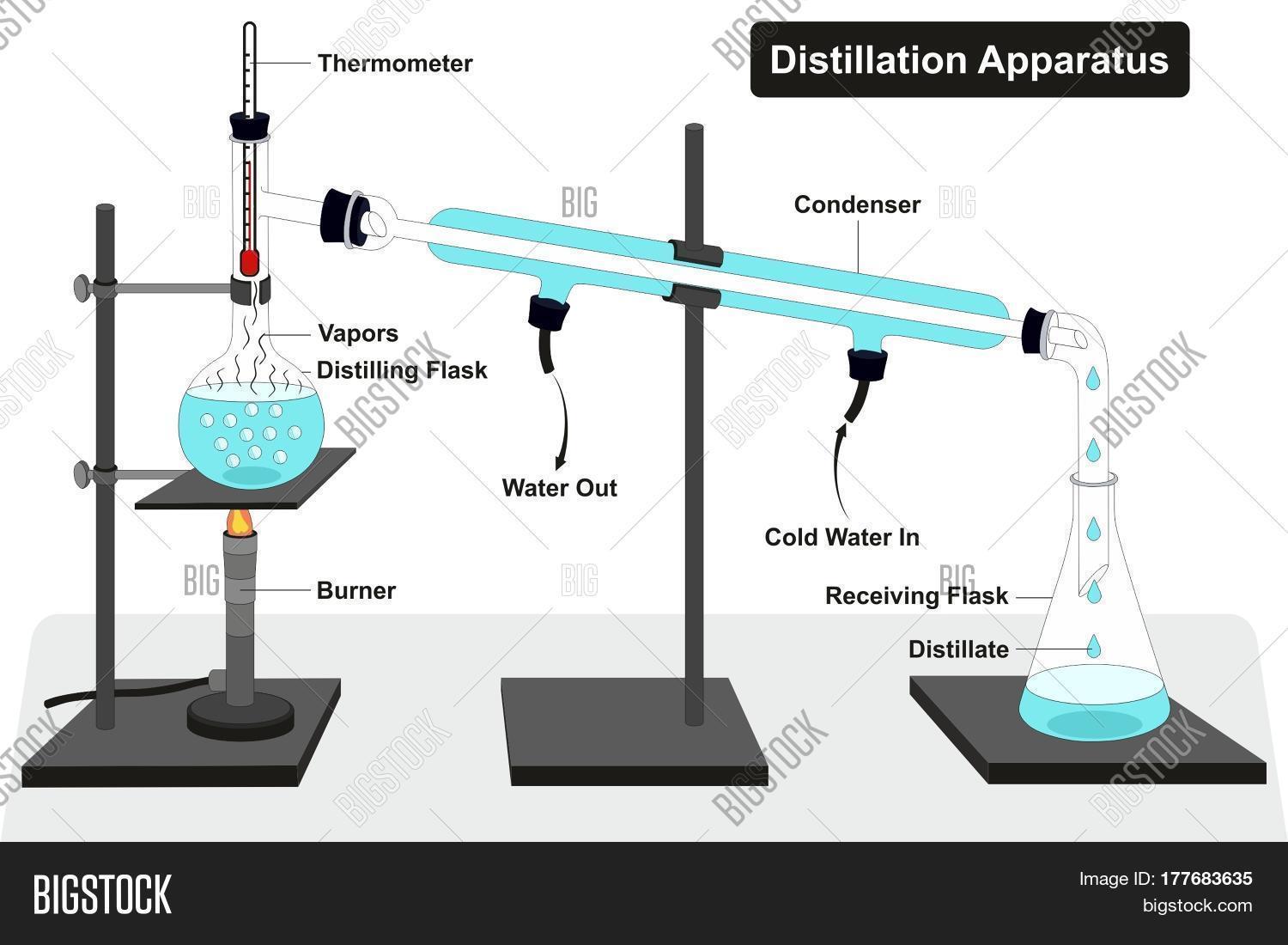 Filtration separates mixtures by using a mesh to separate solids from liquids. However, this only works with heterogeneous mixtures. 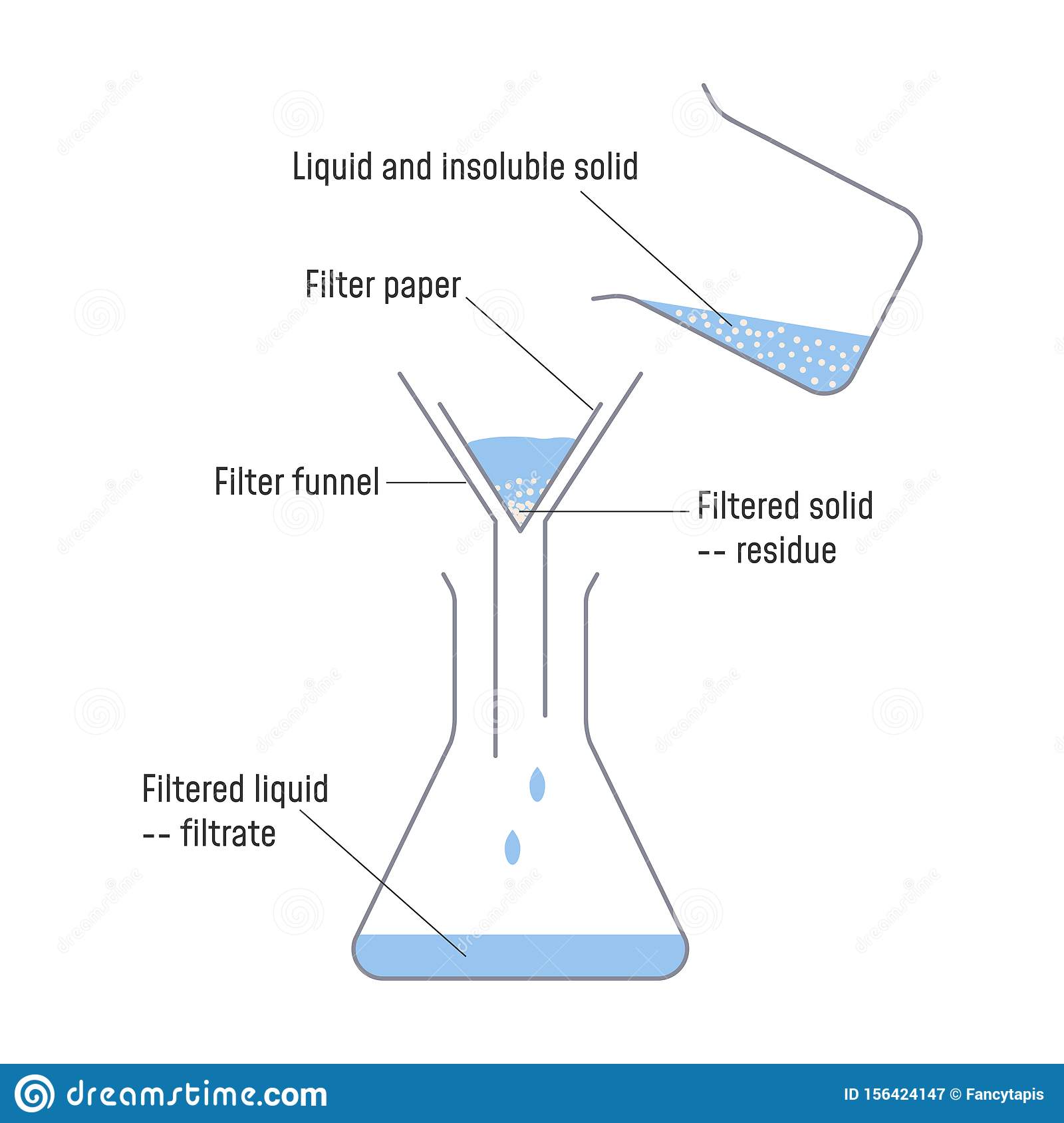 Imagine you are filtering a solution of salt, water, and sand. Can you guess what will get caught up in the filter paper? ONLY the sand will. This is because the salt will dissolve in the water since it is not insoluble.

Only insoluble substances will be filtered with filtration. The filtrate would then be both salt and water, or salt water. Therefore, filtration isn't effective if you want to fully separate all of these elements. After filtering the sand out, you would have to evaporate the salt water solution to separate the salt.

Chromatography is a method used to identify and compare mixtures based on their attraction to solids and liquids or differences in polarity (polarity is further explained in future units). 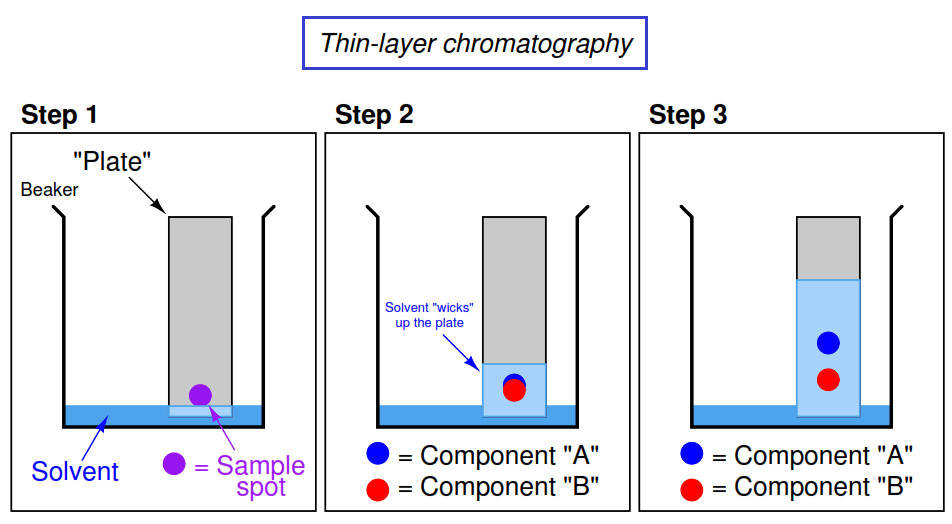 In the first step, someone drew a dot with a marker. Most of the ink in markers are a mixture of a number of substances and thin-layer chromatography can separate these substances.

In step two, the solvent climbed up the filter paper📄 and began to separate the sample spot by its substances.

A quick run down of polarity to explain TLC:

You know how oil and water never mix? Water is a polar substance and oil is a nonpolar substance. Since they aren't the same polarity, they never mix.

With TLC, the substance in the mixture that has the same polarity as the solvent will climb up the paper more. If the solvent in this image is nonpolar, could you guess which component is the most nonpolar? The most nonpolar is actually Component "A" since it traveled the farthest.

There are other types of chromatography as well but this one is the most tested on the AP Chemistry Exam.

This question is adapted from the 2018 AP Chemistry Exam. 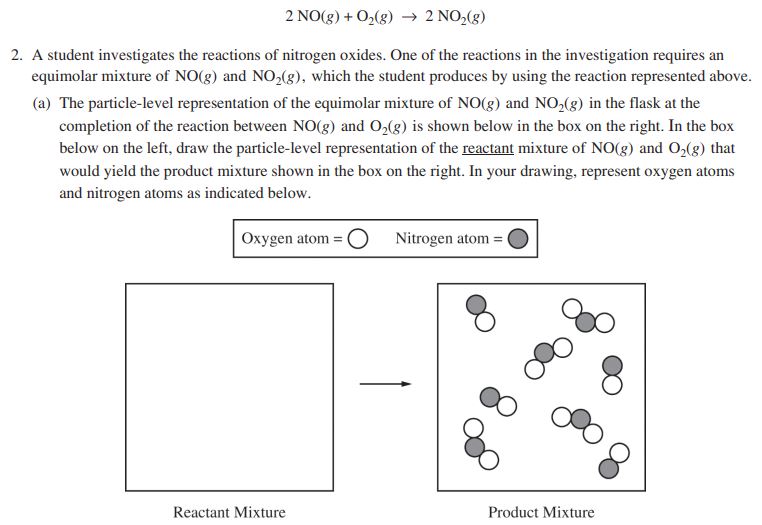 There are questions like this one on several past AP exams. This is only part a, but it's good to recognize what they are asking here. They basically want you to draw the reactant mixture given the information you are provided with.

The two things you want to note in this question are:

Step 1) This question introduces the reaction and tells us that the two reactants are NO and O2.

Step 2) If you count how many atoms of each element are present, you would get 8 N atoms and 12 O atoms.

Since you have less Nitrogen atoms, it'd be good to draw the NO reactant first. Draw as many as you can until you run out of nitrogen atoms. This would get us to have 8 NO molecules. Now, we have 4 O atoms remaining. Since O2 contains two atoms of oxygen, we could only draw 2 O2 molecules with the remaining oxygen. 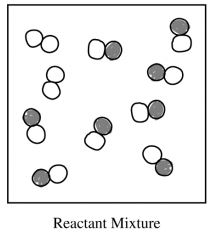 Make sure you use the key they gave you! You should always look out for requirements and directions on how to draw diagrams. The orientation at which you draw the molecules doesn't matter, as long as you draw them correctly.