Pure substances are generally defined by the three common states of matter:

Solids are composed of densely packed atoms which have slight movements known as vibrations. Solids have a fixed volume and fixed shape. 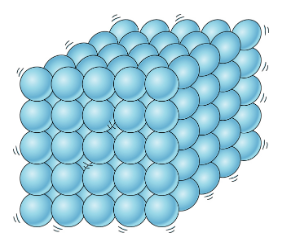 Atoms in liquids flow to assume the shape of the container that they are occupying. Liquids have a fixed volume, but no fixed shape. 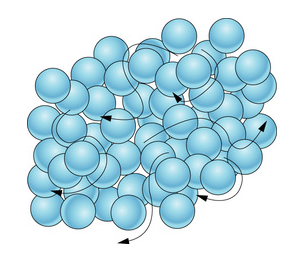 Atoms in gases flow freely and expand to fill their container. Gases have no fixed volume or shape. 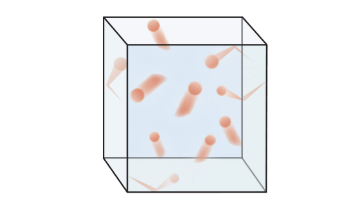 Here’s where things can get a little tough, but yay more calculations!

You can look at individual particles in a compound, but you could also look at formula units. A formula unit is the smallest collection of atoms from which the formula of the compound can be established. Understanding formula units is useful as it can be used as another means of conversion.

How many formula units of KCl would be needed if 1.76mol KCl were used in a chemical reaction?

The law of definite proportions states that the ratio of mass of the constituent elements in any pure sample of that compound is always the same. Constituent elements are the elements that the compound is made up of. For example, no matter what sample of water you obtain, you will always have the same ratio of hydrogen to oxygen. Whether it be a 100 g sample, a 200 g sample, or a 5000 g sample, the ratio will always reduce to be the same. The empirical formula uses this concept. 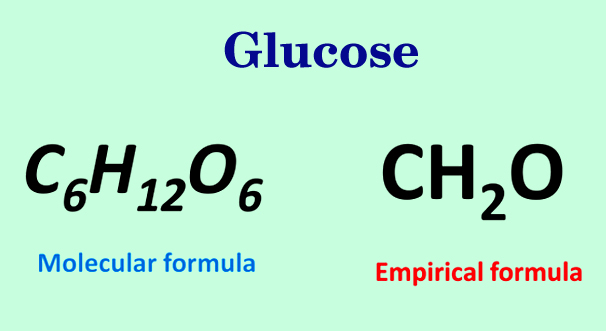 No matter how absurd the numbers in the molecular formula are, like C90H180O90, the ratio will always lead to the empirical formula of CH2O.

Sometimes, you could be asked to find the empirical formula from a percent composition. Let's try this:

My teacher always had this poem for us that lined out the steps:

Percent to grams, Grams to Moles, Divide by Small, Times to whole

Step 1 and 4 are optional but in this problem, we are going to have to do both. Step 1 is only necessary if the composition is given in percents. If it is already given in grams, you don't have to do it.

Therefore, the empirical formula for this carbohydrate is C3H8O4. This question didn't ask for the molecular formula but an example would be C6H16O8. There are millions of possibilities for a molecular formula.