Now the moment we’ve all been waiting for… the Mongols!

The Mongols, as previously introduced in the Global Tapestry unit, were an empire of formidable pastoralists.

How did they conquer?

The Mongols were originally pastoral people in Central Asia, generally living peacefully… until Genghis Khan came. Born Temujin, Genghis Khan (as he will come to be known) consolidated them into a fearsome fighting force that tore apart everything they came across.

As pastoralist people, the Mongols were already well acquainted with horses and bows, allowing them to travel quickly and cut a deadly path. Additionally, they also had siege weapons, which could bypass castle walls and cause destruction inside-- and once the Mongols were inside, they showed no mercy. The rumor of this wave of death spread past the armies, so by the time the Mongols arrived at their targets, many cities would simply surrender rather than fight.

This led to the largest contiguous land empire in the history of the world, conquering from Eastern Europe to (what would be part of) Russia to the Abbasid Caliphate to the mighty Song Dynasty. Pretty crazy, huh? And all from a little pastoralist people.

🎥Watch: WHAP - The Mongol Empire and the Making of the Modern World

When Genghis Khan died, the Mongol Empire was split up into four khanates: the Golden Horde, the Great Khanate (or Yuan Dynasty), the Ilkhanate, and the Chagatai khanate. Here’s a quick brief on each of them:

Chagatai: This was in Central Asia, where the Mongols began. As you can imagine, not much changed here, since it had been populated by the same people for a long time.

Khanate of the Golden Horde: This region would become the beginnings of Russia, but for now, it was ruled by the Mongols. Because it was so far away from everything, the Mongols generally let the people pick their own rulers ,so long as they paid a fixed tribute to the Mongols. The Golden Horde would be the last to throw off Mongol rule (which is one of the reasons why Russia was the last to industrialize hundreds of years later).

Great Khanate/Yuan Dynasty: This was China, previously the Song Dynasty. When the Mongols took over, they also took on many of the governmental procedures and positions China already had in place. Sounds nice, right? Of course, there were a few catches. For one, Mongols were not allowed to intermarry with Chinese, and were clearly at the top of the social ladder. So much for peace.

Ilkhanate: When the Mongols took this area by capturing Baghdad in 1258, they cut off the mighty Abbasid Caliphate and thus the Golden Age of Islam. However, once there, many Mongols converted to Islam, and in the end, Persia remained moderately unchanged. 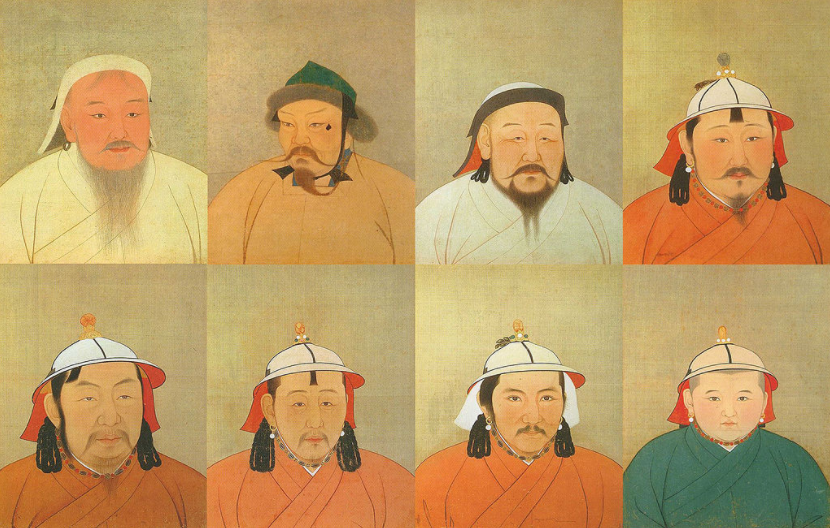 Effect of the Mongol Empire

Now, you might be thinking: But these people were totally ruthless. How could they be any good? And for that, I have one answer for you (well, two): Mongol tradition and trade.

Generally speaking, the Mongols were a lot more accepting than other empires at the time. They were incredibly religiously tolerant, and let everyone practice their own religion freely, which was virtually unheard of at the time.

Additionally, Mongols treated their women far more fairly than most empires. Keep in mind that this was relative-- women were still considered inferior. But compared to the state you were living in before, if you were a woman in this time period, being conquered by the Mongols was (often) a pretty sweet deal.

Additionally, with one huge empire comes standardized weights and measures across much of Eurasia. This made trade in the Mongol Empire much easier.

The technological and cultural transfers were huge across the Mongolian Empire. Greco-Roman and Islamic medical knowledge came west and eventually to Europe, which would help found the Renaissance. Numbers, too, came west to lift Europe out of the Dark Ages. Ever wondered why our number system was called Arabic numerals? It’s because it was first originally developed in the Middle East. Additionally, the Mongols adopted the Uygher script, which still survives in different forms in Turkey today.