2.3 The Regions of the British Colonies 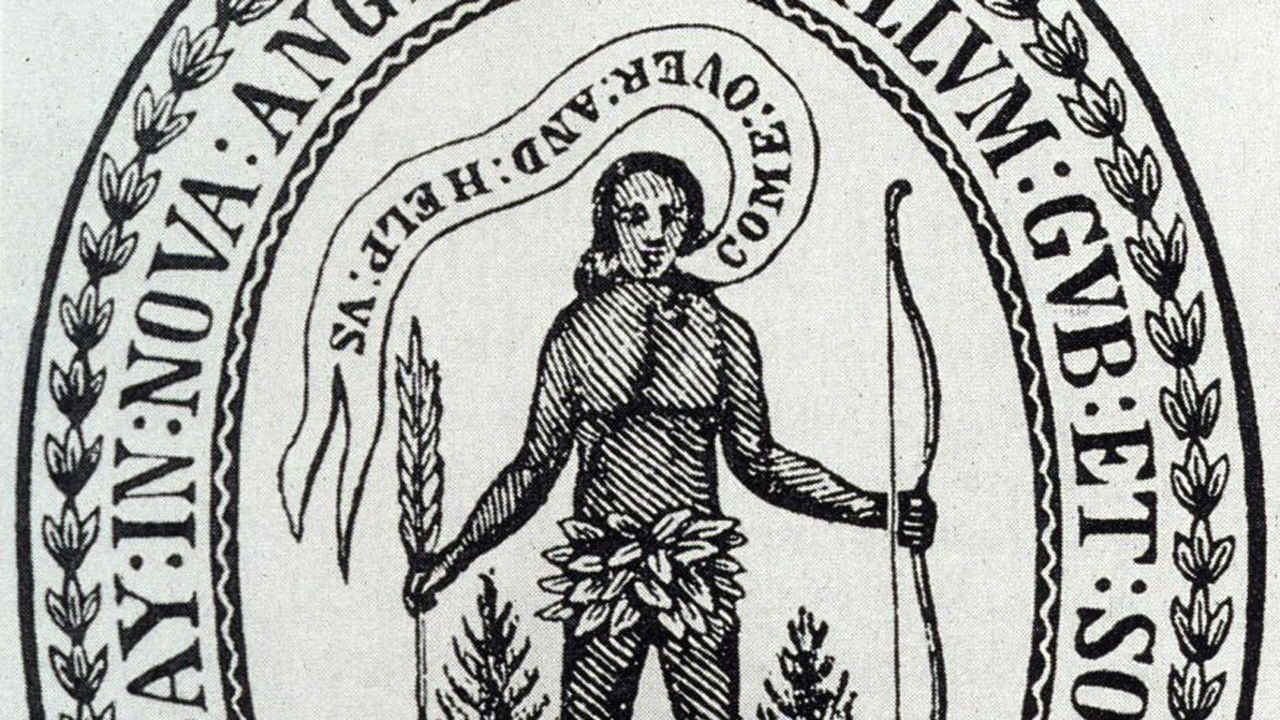 New England was settled by disgruntled Puritans from Europe who did not like the Church of England. The Pilgrim Separatists, who were extreme Puritans, used the Mayflower to land in Plymouth Bay in 1620. They would later merge their tiny Plymouth Colony with the larger Massachusetts Bay Colony in 1691.

The Massachusetts Bay Colony was chartered in 1629 and settled by about eleven thousand Puritans under the guidance of Governor John Winthrop.  Winthrop declared that “we shall be as a city upon a hill”, in which the Puritans of the Bay Colony would build a model religious community based on Puritan beliefs and values. These Puritan beliefs were based on the idea that people were predestined for heaven or hell and that only male church members could vote.

Politically, New England valued the democratic town meeting.  Economically, the Puritans were into shipbuilding, fishing, whaling, lumbering and iron making. They came to America in large families and enjoyed a lengthy lifespan, despite the cold winters.

Other colonies within New England were Connecticut, Rhode Island, Maine and New Hampshire. Rhode Island was settled by Roger Williams, who was banned from the Bay Colony because of his religious views. Williams’ emphasis on religious diversity and toleration would be trademarks for Rhode Island. Similarly, Anne Hutchinson questioned Puritan authorities. She believed in the idea that faith alone, not deeds, was necessary for salvation. She and her followers were banished and founded the colony of Portsmouth, which would later be incorporated into Rhode Island.

Another group would break off from the Puritans and found the colony of Connecticut. They drew up the Fundamental Orders of Connecticut, which became the first written constitution in American history.

The Middle Colonies of New York, Pennsylvania, New Jersey and Delaware all had good farmland and produced grains for bread, ships, lumber and furs. Philadelphia and New York City were two major port cities. Their people were ethnically diverse.

New York was initially settled by the Dutch in 1623. Earlier, English explorer Henry Hudson sailed up the Hudson River and claimed New Amsterdam (New York City) for the Dutch. Ironically, England would take New York from the Dutch without a shot fired in 1664.

Pennsylvania was founded by William Penn, a Quaker, in 1681 in what was known as "Penn's Holy Experiment". The Quakers were a peaceful religious group of dissenters from England. They believed in taking no oaths, refused military service, and were accepting of Indians. Consequently, Pennsylvania became a liberal colony that was also ethnically diverse and accepting of most religions.

Jamestown, Virginia was the first English settlement in the colonies in 1607. The initial Jamestown settlers and many other Chesapeake residents would die at an early age from disease. Life expectancy was much shorter here than in the clean air of New England. Chesapeake families were not common due to mostly men immigrating in this area to make money.

However, tobacco production would require a massive number of white indentured servants from Europe. Virginia and Maryland would be first and third in population by 1700 in the thirteen colonies. Tobacco was king in both Maryland and Virginia. Virginian John Rolfe was the master at cultivating tobacco, which the Europeans loved to smoke.

Maryland was founded by Lord Baltimore in 1634. His motives for settling Maryland were money and finding a peaceful haven for Catholics who were being persecuted in England. Tensions between Catholics and Protestants in this tobacco colony caused the passage of the Act of Toleration in 1649, which promised toleration to all Christians but not other religions.

South and North Carolina were merged together as one colony until 1712 when they separated and became individual colonies.  Georgia would obtain its own charter in 1732.

North Carolina was settled by a large number of migrants from aristocratic Virginia. Many of these early settlers did not like the snobs of Virginia and their Church of England. As a result, the Carolinians became religious and political dissenters from Virginian authority and developed a sense of rugged individualism and democracy while being small tobacco farmers.

Georgia would be the last colony of the original thirteen colonies. England wanted it to serve as a defensive buffer against Spanish Florida and French Louisiana. Philanthropists, such as leader James Oglethorpe, helped those in debt and made progress in reforming debtor prisons.

The southern colonies were the lands of rice/tobacco plantations and small farmers.  Most of the colonies worshipped in the tax-supported Church of England and had a rural flavor.