The Enlightenment ideas of natural rights, separation of powers in government, tabula rasa, and social contract influenced oppressed people to fight for equality. These people formed alliances with one another based on a variety of commonalities, such as language, religion, social standing, and territory. During 1750-1900, people from around the world challenged established government structures, and this led to a great deal of political, economic, and social change. For many of the following Revolutions, Enlightenment ideas directly influenced their advent.

The colonies were used to being left alone by the mother country, but the new taxes upset the colonists. Initially, the colonists wanted representation in Parliament to influence tax decisions. Phrases like, “No Taxation without Representation” were commonplace in the colonies.

After being unable to find common ground regarding representation and taxation, colonial leaders issued the Declaration of Independence. This document was inspired by Enlightenment ideals, and it listed a series of grievances the colonists had with the British monarchy. Along with French assistance, the colonists won the war and their independence. The United States established a constitutional government, leaving the idea of monarchy behind.

In 1840, Great Britain annexed New Zealand as part of their quest for global dominance. This is intertwined with Industrialization and Imperialism because industrialized nations were always looking for new territory that they could harvest for resources as well as potential buyers for their factory-finished products. Over time, Britain increases control over New Zealand.

In response to the increased control from Great Britain, Maori tribes rebelled sporadically over a 40 year period. This forced the various tribes to see a common identity amongst themselves, increasing nationalism. By sharing many common traits, such as territory, Maori tribes banded together against Britain. Alas, the powers of industrialization were too much, and Britain won by 1872.

Similar to the American Revolution, debt from the Seven Years’ War (as well as participation in the American Revolution) forced the French monarchy to call the Estates General for the first time in a long time. The Estates General consists of Three Estates: clergy, nobility, and commoners. Each estate had equal voting power, thus causing the commoners (97% of the population) to be outvoted and get taken advantage of regarding taxation.

Similar to the American Revolution, the French Revolutionary leaders issued a guiding document that had clear Enlightenment principles. The Declaration of Rights of Man and of the Citizen sought to guide the French people toward natural rights, equality, and a representative government that derived its authority from the people.

This new government, however, had its own problems.

As with any new government, there are a lot of issues to work out. Due to its instability from radical revolutionaries, the Reign of Terror occurred that saw lots of people accused of treason and beheaded by guillotine. Science and reason, meant to propel human flourishing, were applied to efficiently killing people, of which the guillotine was a byproduct.

A further spiraling toward chaos, Napoleon emerges to put order back into French society. He passes a law code, Code Napoleon, that includes making all male citizens equal (no more primogeniture) and protection of private property. Despite his law code, Napoleon crowned himself as emperor, which in many ways ended the French Revolution.

If overthrowing governments is the definition of success for a Revolution, then Haitians saw the success of revolutions in America and France in overthrowing the existing government. With this inspiration, enslaves of the French colony of Haiti revolted against the white masters in 1791. Toussaint L’Ouverture led maroon communities (various groups across the island) against the French authorities.

Haiti established equality and citizenship for all the former enslaved. In a unique moment, leaders redistributed land to the formerly enslaved and free black people. Most places that experienced abolition did not provide the same economic freedom for the newly freed person. France did not like this, betraying L’Ouverture’s leadership, and sought to bring Haiti back into the French empire by any means necessary.

However, the French government was experiencing its own external pressure. Napoleon had sought to conquer large parts of Europe, which requires a great deal of money and attention. This ensured French forces would not have the full support they would need to take back Haiti, thus Haiti became the first black led country in the western hemisphere.

Latin America is generally associated with Spanish colonies in the Americas, along with a heavy influence of catholicism (since Latin is the official language of the Roman Catholic Church). Within this society, there’s a hierarchy based on race and ethnicity, primarily between Creoles (whites born in the Americas) vs. Peninsulares (whites born in Spain). The Spanish monarchy favored Peninsulares to the frustration of Creoles, and Creoles wanted more political power and economic freedom (no more mercantilism).

In addition to Peninsulares and Creoles, other members of the Spanish colonial social hierarchy were not happy with their share. Mestizos (combination of white and Native ancestry) wanted political power as well. Within this context, Simon Bolivar guided this diverse independence movement, including war, through Venezuela, Columbia, Ecuador, and Peru. It is important to note, unlike the American, French, and Haitian revolutions, the Latin American revolutions did not coalesce into a single country afterwards. 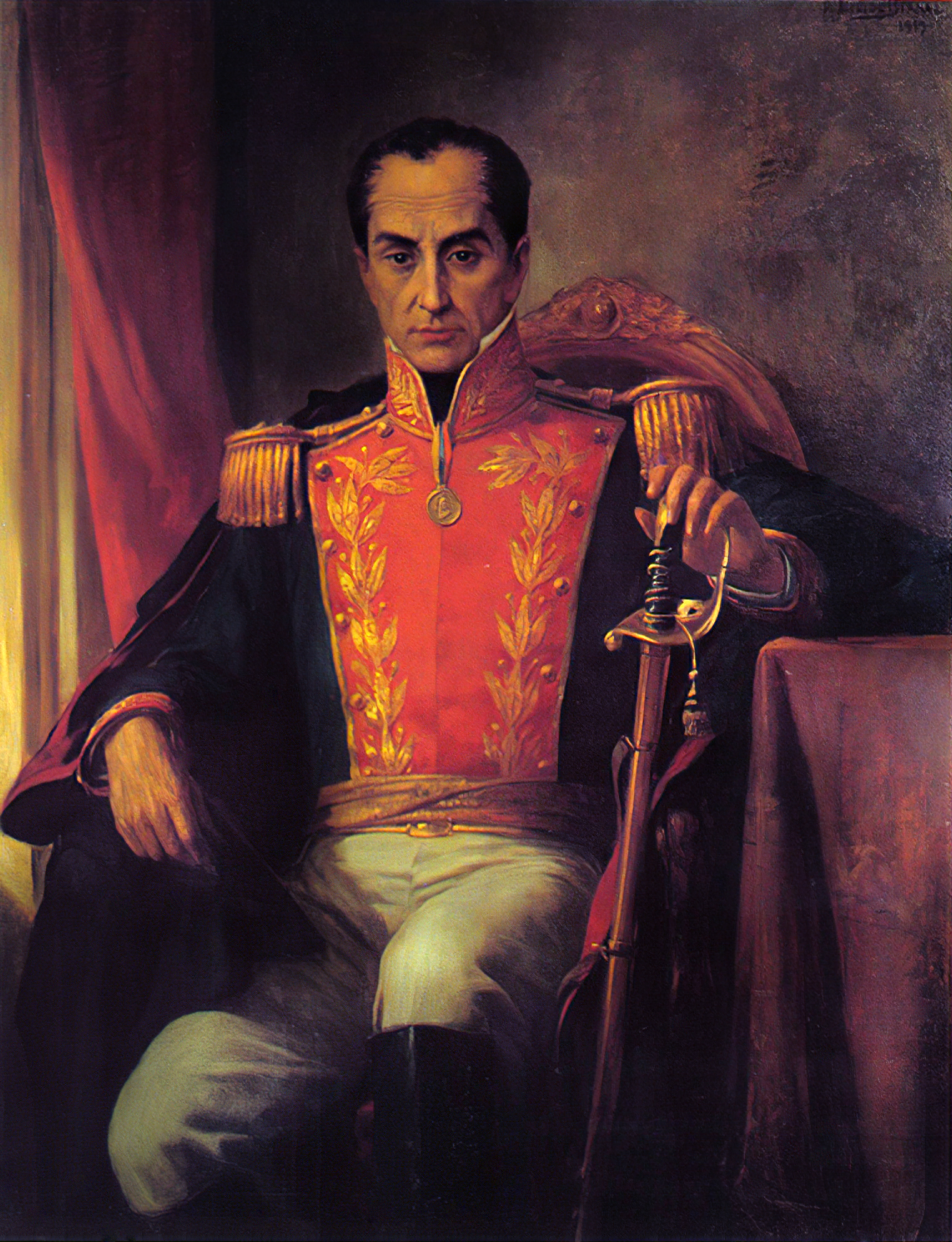 Bolivar, the leader of this revolution, wrote the Jamaica Letter (1815), which advocated independence for the Latin American nations. He started to identify “Spanish Americans” as a group distinct from the Spaniards back in Europe. After the dust settled, Creoles created many new constitutional governments in the former Latin America. They abolished slavery in their new governments, but they continued to oppress Indigenous communities and women.

Spain, since its glory days of the 16th century, slowly loses its empire. Puerto Rico and Cuba are two of the last colonies Spain has in the Americas. Lola Rodriguez de Tio, a poet with overt influences from the Enlightenment, continually urges, throughout the late 1800s, the people of Puerto Rico and Cuba to overthrow the Spanish overlords. Lola Rodriguez de Tio wrote poetry directly related to starting revolution, such as “Come, Puerto Ricans, come now, for freedom awaits for us, anxiously, freedom, freedom!”

By 1900, Puerto Rico and Cuba were both free from Spain. Unfortunately, another empire replaces them that seeks to exert its own influence over them. The United States defeats Spain, assumes control of Puerto Rico as a territory, and Cuba is not entirely free. To this day, the United States has a military base in Cuba, specifically in Guantanamo Bay.

Following the collapse of the Roman Empire, the region of Italy was divided among several small kingdoms and city states. The people among those kingdoms did share common religion (Catholicism) and language, but they were not a united country. Due to the influence of nationalism, Count di Cavour started the process to unify Italy into one nation.

Similar to Italian unification, Germany unifies due to the influence of nationalism. Realpolitik (practical politics) was also used to unify Germany, and in this instance, Otto von Bismarck manipulated a series of three ways (involving France, Prussia, and Austria) to slowly gain land for the German nation. Nationalism continues to grow in Germany from their founding in 1871 to the World Wars of the 20th century.

The Ottoman Empire, since their glory days of conquering the Byzantine Empire (around 1450 C.E.), is slowly on the decline, mostly due to a hesitancy to industrialize. Also, the Ottoman Empire had a tremendous amount of diversity, and those ethnically unique peoples wanted independence. Greece, Serbia, Bulgaria, and Romania, also influenced by nationalism, wanted their own nations, separate from the Ottomans.

🎥Watch: WHAP - Analyzing Sources from the Age of Revolutions