The growing number of immigrants in the country prompted a multitude of responses from Americans. It was apparent that these individuals often struggled to assimilate and, more importantly, comprised the lowest social classes of America.

One key element of the Gilded Age was the growing gap between rich and poor (usually immigrant) classes. Herbert Spencer’s idea of Social Darwinism (survival of the fittest applied to social and economic issues) buttressed the idea that those who were on top deserved to be there. Many individuals felt that assimilation was necessary (this theory was also applied to Native Americans in the West). Immigrants had to navigate the nation and strike a balance between their old worlds and new reality.

Many immigrants who settled in cities developed ethnic enclaves in order to keep their sense of community and culture. 🍝

To increase their profits, landlords divided up inner-city housing into small, windowless rooms. The resulting slums and tenement apartments could cram more than 4,000 people into one city block. In an attempt to correct unlivable conditions, NYC passed a law in 1870 that required each bedroom to have a window. 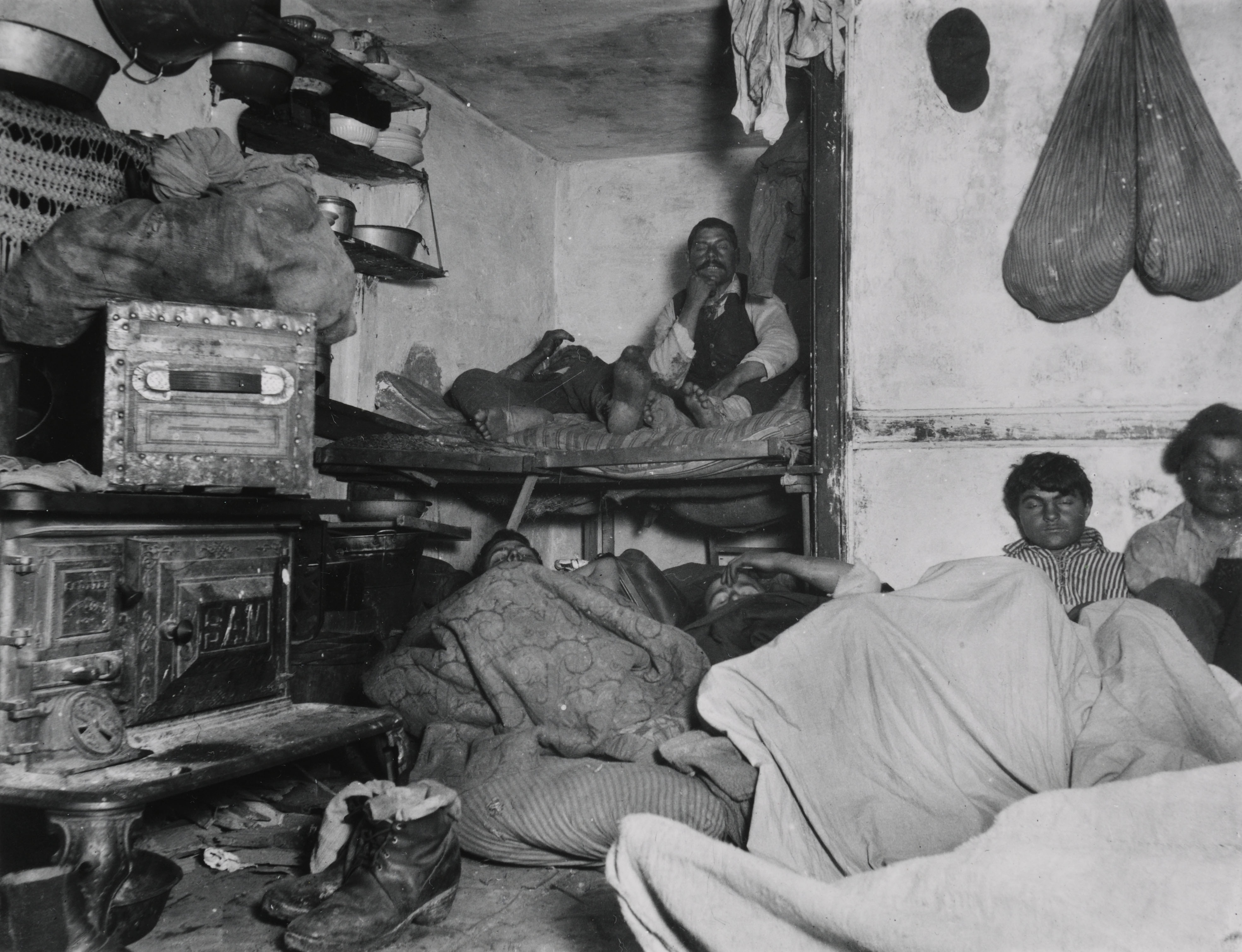 The cheapest way for landlords to respond to the law was to build dumbbell tenements. In the 1870s, architect James Ware won a competition for tenement design with the “dumbbell tenement.” It rose over 7 stories and packed 30, 4-room apartments into a lot only 25 by 100 feet.

Overcrowding and filth in these tenements continued to promote the spread of deadly diseases, such as cholera, typhoid, and tuberculosis.

This rapid growth in population led to serious issues in the way of overcrowding, sanitation, and standards of living 🏚️. Muckrakers, such as Jacob Riis (who wrote How the Other Half Lives, a photo essay of the poor and tenement conditions) and Lewis Hine, tried to bring attention to the plight of the poor and urged Americans to focus on urban reform.

Nativists began to speak out 💬 against unregulated immigration and some legislation (such as the Immigration Act of 1882 and the Chinese Exclusion Act) began to limit immigration.