The process of converting DNA into RNA is called transcription. After replication, the Messenger RNA (mRNA) molecules carry the new DNA strand (which will act as a template) from the nucleus to a ribosome. rRNA molecules are what allows the ribosomes to be functional.

The DNA strand acts as the template strand and may also be called a non-coding strand, minus strand, or antisense strand. This is because this strand only serves as a template so that a different strand can be transcribed to match it. The sequence of nucleotides in the single DNA strand is eventually translated into a sequence of amino acids which creates a protein. 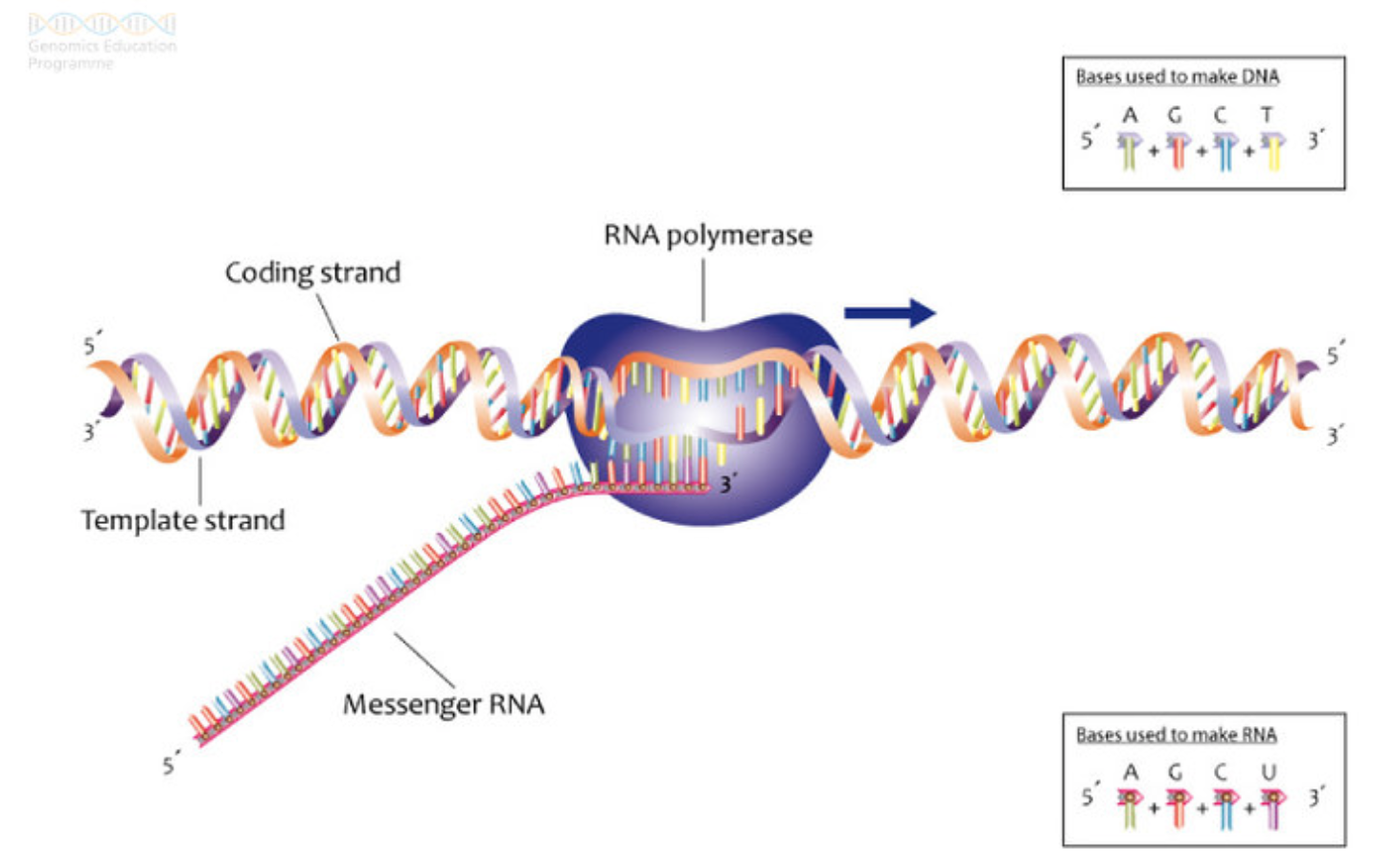 RNA polymerase (an enzyme in the transcription process) synthesizes the mRNA molecule in the 5’ → 3’ direction as well, and does so by reading the template strand in the opposite direction (3’ → 5’). Then tRNA molecules bind the amino acids that correlate with the anticodon sequences presented on the mRNA.

In eukaryotic cells, enzymes modify the mRNA transcript in a few ways: